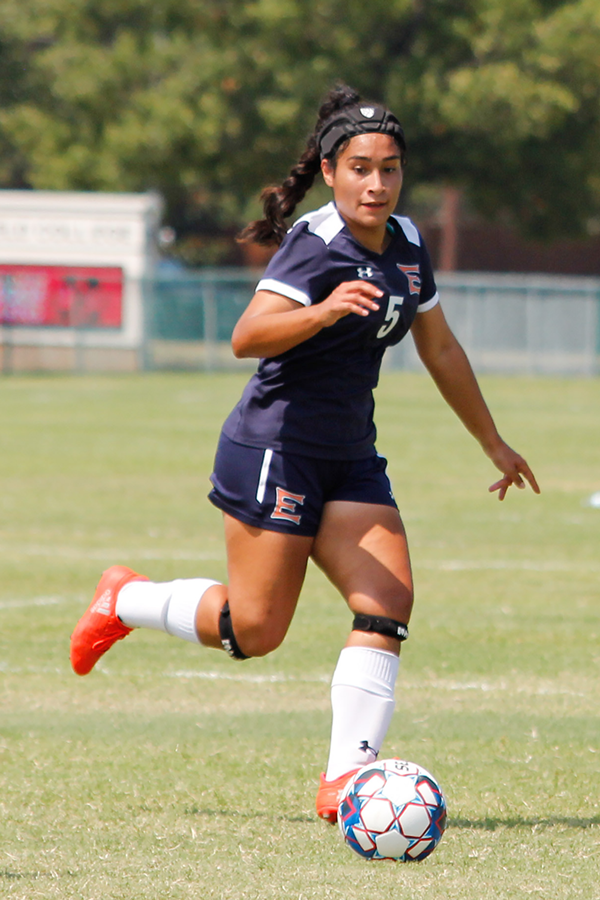 Academic All-American center-midfielder Nancy Limon running with the ball at a match against Murray State on Sept. 6. Photo by Rory Moore/The ETCetera 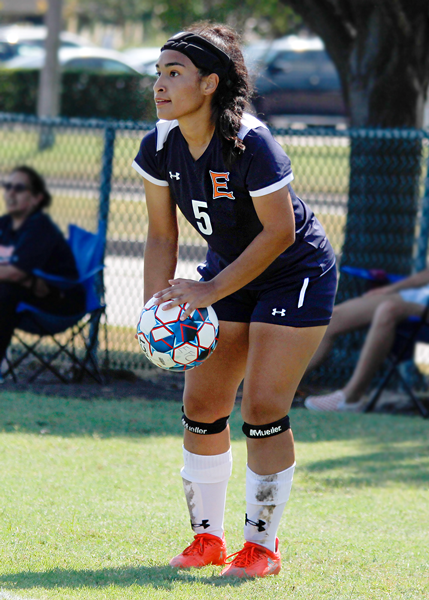 Limon setting up for a throw in at a match against Murray State on Sept. 6. Photo by Rory Moore/The ETCetera

As the sun rises, 10-year old Brenda Limon barges through her sister’s bedroom door in a rush.

“Nancy, Nancy, wake up!” she shouts, shaking her sister Nancy Limon awake before her alarm goes off.It’s 5 a.m.and the Limon household is buzzing with excitement as the first day of school has arrived.

It was Limon’s duty to get her little sister ready for school since her mom was out of town.Brenda was so excited that she was 30 minutes early.

The extra time was helpful, because Limon didn’t have any to spare. She had a 7 a.m.soccer practice to start her sophomore season at Eastfield.

As Limon walked her sister down the school hallway, she became overwhelmed with love and pride.

“We could have had someone else take her,” Limon said.“I didn’t want her to feel alone and get sentimental seeing all the parents around. So I made sure I took her.”

Limon is a third-team Academic All-American center-midfielder for the Harvesters.

To be a National Junior College Athletic Association Academic All-American, the athlete must maintain above a 3.6 GPA. Limon says that she has always made good grades throughout school. The last two Harvester soccer players to be named as Academic All-Americans were Aileen Hernandez and Elizabeth Valdez in 2016.

Knowing her younger sister is always watching motivates Limon to be better every day.

“She looks up to me for everything,” Limon said. “Things she won’t tell my mom she will tell me. I’m her go to.It puts a little pressure on me. Whatever I want to do she wants to do, and I don’t want to give her a bad example.” 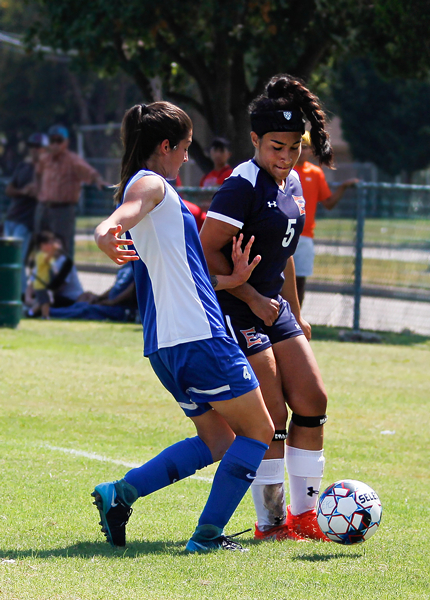 Limon is pursuing an Associate of Science degree with hopes of attending nursing school. She is currently enrolled in six classes on top of soccer.

“I want to do it for myself,” Limon said. “I’m looking at the bigger picture. I’m making all the sacrifices now.”

Not only does Limon’s little sister look up to her, so do her teammates.

“She is always the one that everyone goes to,” mid-fielder Crystal Evanyk said. “We have each other’s back. She is the one that has the perfect grades and works hard.If anyone has any question they ask her.”

The team’s focus on academics has led to them reserving study rooms in the library to work on their assignments. Evanyk says her bond with Limon grew stronger after playing together last season.

“She stepped up last year, and that’s why we have such a good relationship now,” Evanyk said. “She pushed me to be better and had my back. She is always talking and giving me constructive criticism.”

The duo also took a couple classes together. Evanyk will turn to Limon before anyone else when she needs advice or assistance.

“She is someone that I can talk to about school and soccer.” Evanyk said.“It’s pretty relieving and calming. I don’t live around here and I don’t know anyone, so it’s nice to have a partner in class or someone that I feel comfortable with.”

Coach Paul Tate said Limon grew as a student athlete over the offseason. Tate challenges her to consistently get better on the field.

“She takes a pretty big leadership role,” Tate said. “You can see where her academic side comes out because she understands the game and reads it well.” 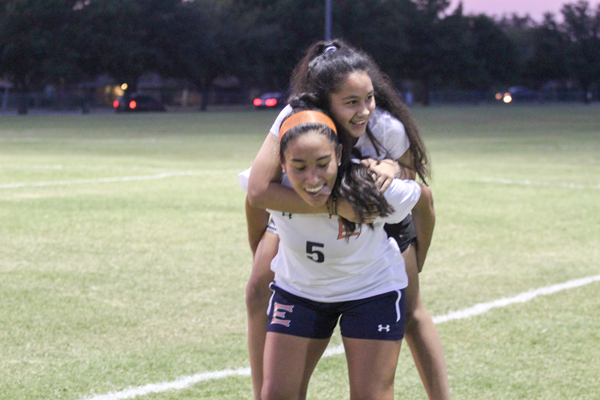 Tate said when Limon puts on her uniform she turns into a different person.

“Nancy is a super sweetheart, but when she’s on the field she turns very aggressive and ready to go,” he said.“It’s like a switch for her, and she knows when to pick up that competitive edge. She is never going to give up and quit when life throws her something hard.”

Limon has started every game in her career at Eastfield and plays a big role for the Harvesters. She has helped lead the team to a 2-1 start this season.

“School stresses me out and I try to make soccer the fun part,” Limon said.“It’s really tough trying to balance it out because we have away games. It takes away time from my studying and my homework, so I have to manage my time.It’s hard to keep this Academic All-American title, but I’m really trying to keep it.”