It was too painful to move. Scott Garriga laid flat on his back at his parents’ home in Murphy. He no longer saw the point of earning his degree. Basketball was his only motivation, and it was lost to him.

Muscle relaxers and painkillers were the only way he could tolerate the injury, and they turned his life into a blur. At 6 feet, 6 inches tall and 285 pounds, his weight put pressure on the sciatic nerve in his back.

His injury took him off the Eastfield College basketball team in fall 2015. The jumping and running required in the sport meant the extra weight was putting pressure on his hips and spine.

“My dream of playing college basketball had kind of been crushed,” he said. “I just needed my body to heal. I needed my back to heal, and I just needed to get my head on [straight].” 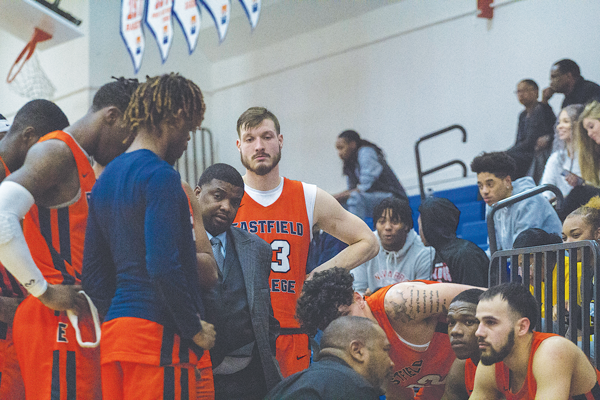 Garriga had a difficult conversation with coach Anthony Fletcher when he told him that he was leaving. He was only playing 2-5 minutes per game and had lost the chance to truly make his mark on the team.

Garriga said the reason he was overweight was an unhealthy diet. Before he was injured, his weight wasn’t a concern. He had always been the bigger kid growing up, and he got bullied for it, but he could still play. 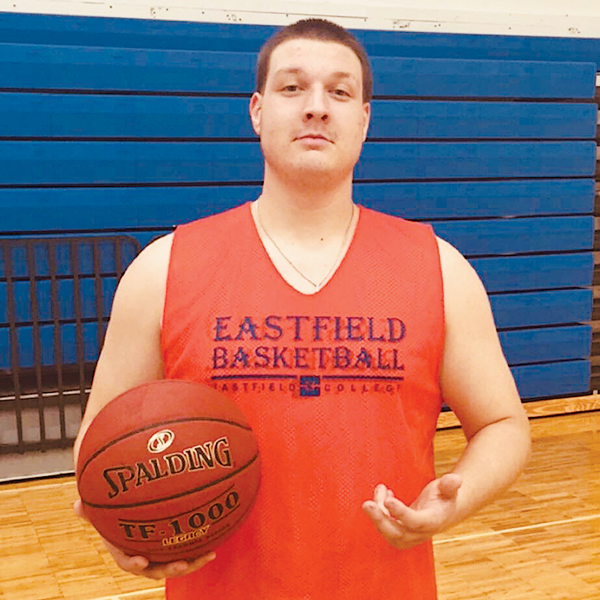 BEFORE: Garriga at 285 pounds prior to his departure from the team in 2015. Courtesy Scott Garriga

In the years Garriga was away from Eastfield, he enrolled at two other colleges but was in a slump without basketball. His loss of motivation caused his grades to suffer.

“I had no passion for school,” he said. “”I didn’t see the point. Whenever I was in school the first time, it was to play basketball. It wasn’t really to go to school for school.”

Being injured also caused him to become inactive and gain more weight.

“I was going to the gym, but I wasn’t really taking it seriously,” he said. 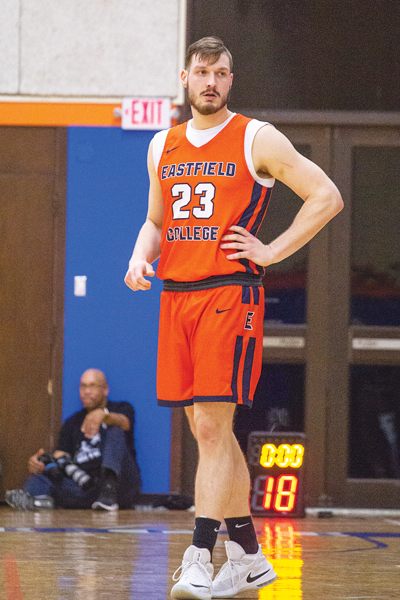 NOW: Forward Scott Garriga has returned to the
Harvesters after four years. He’s earned his place on the team as a veteran leader and lead rebounder. The Harvesters finished the season tied at No. 10 in the nation. Photo by Yesenia Alvarado/The Et Cetera

“Because you know when you’re really giving it 100 percent and whenever you’re giving it 50.”

By the fall of 2017, he decided it wasn’t the right time for college and got a job selling insurance.

Fletcher had been trying to get in contact with Garriga to check on him, but he wasn’t able to connect.

When Garriga lost his job and struggled to find another with the same pay and opportunity to advance, he decided to call coach Fletcher.

“It was more like a last chance cry for help because I was lost,” he said. “I was looking for a job for a couple of weeks and I hadn’t found one. I didn’t want to go down and pay [for college]. I wanted a degree and I wanted to use basketball for it, but I wasn’t sure how coach Fletcher was going to react.”

Garriga said he was nervous because he hadn’t had any basketball training in almost three years. But he was looking to get back on track.

“We just talked about coming back in and being an older student, coming in and really helping our program, being a captain,” Fletcher said. “He knew the system and knew what we expect and what we need to be good.”

Over the summer, Garriga followed a vigorous and regimented schedule.

Monday through Thursday he would go to the weight room at 6 a.m. and lift two muscle groups for two hours. Then he had an 8:30 a.m. yoga class for an hour before going to his old high school to do drills with his former basketball coach until noon.

He would go home to rest for several hours before going back to the weight room at 6 p.m. for another two-hour workout. Afterward, he would decide whether he would play basketball with his friends or go on his nightly run.

His diet resembled a paleo diet. He ate mostly foods that grow naturally and are high in protein.

“When he completely buys into something, he’s going to make it happen,” Julie Garriga, his mother, said. “That’s how he lost weight and got himself in really good shape.”

At 220 pounds, Garriga realized he had lost a significant amount of weight. 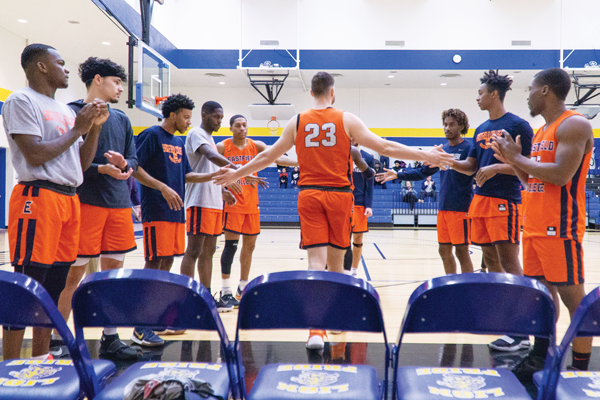 Garriga prepares to take the court. He leads the Harvesters in rebounds, averaging 9 rebounds per game. Photo by Yesenia Alvarado/The Et Cetera

In fall, Garriga rejoined the Harvesters as a forward and team captain. He is averaging 9 rebounds per game.

Since returning to Eastfield, he said his grades look better. He is majoring in computer science. When he graduates, he wants a leadership position in the information technology field.

Fletcher said he has noticed how Garriga is more focused than when he was as a freshman. His real-world experience helped him realize his education is important.

Garriga said he knew he wanted to be a team leader when he chose to change his lifestyle.

“I do my best to lead by example,” he said. “I try to be the person that everybody should look up to. If Scott’s doing this, then I should probably be doing this too.”

He even enjoys running and exercising before and after practice.

“I just like the grind,” Garriga said. “I enjoy working out. I enjoy running. I enjoy every aspect of it. I enjoy eating healthy. It’s the way I live, so that’s just who I want to be.”