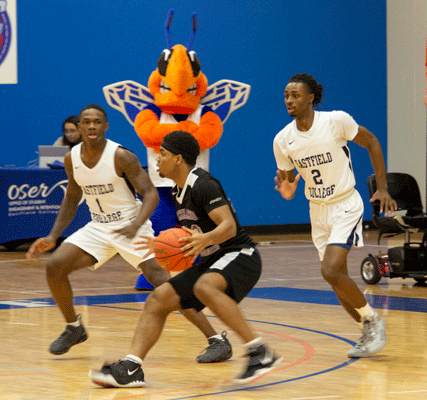 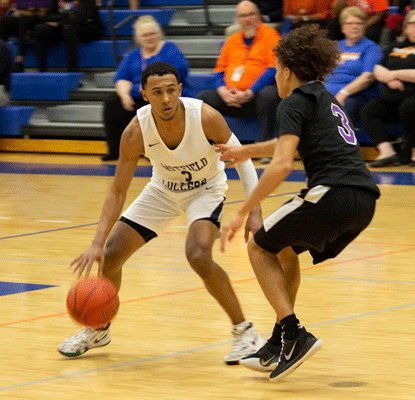 With less than five games left, the Harvesters are gearing up for the postseason.

These last few weeks were a swing of emotions for the team. Following a huge win over the then No. 1 Richland Thunderducks on Jan. 15, the Harvesters leaped to the top of the national rankings. Confidence was at a high for the players, especially after beating a team they had lost to in their previous four meetings.

As the new No. 1, the Harvesters knew they had a target on their backs and would get every team’s best shot.

“[We can’t] take games lightly,” sophomore guard Mike Aranda said. “Everybody the rest of the season is going to give us their best, but they’re going to get our best too.”

His words couldn’t have been truer. On Jan. 25, the Harvesters met a North Lake squad that came ready for a fight. It was a tight game to the end, but Eastfield missed some clutch shots in the closing moments. With no choice but to foul, North Lake would drain their following free throws and pull way to upset of the top-ranked Harvesters 101-95. It was their first loss to any Division III opponent all season.

“We were disappointed in losing,” guard Ta’Marcus Butler said. “But we also know that we can’t win every game. We’ve got to improve off the loss and take care of the little things.”

Despite the setback, the Harvesters are still in a very good place heading into the postseason. They are now 21-4 on the year and ranked No. 4 in the nation, while averaging 99.8 points per game and also posting 45.4 rebounds and 19.7 assists per game.

Coach Anthony Fletcher is pleased with how the year has gone so far but he isn’t satisfied yet. He wants more.

“Anytime you win 20 games, it’s a really good season,” Fletcher said. “[But] we want it to go from good to great to special to history.”

Freshman Calvin Williams has been leading the way for the Harvesters this season. He has been named Dallas Athletic Conference player of the week twice while leading the team in points per game (18.8) and three-point percentage (41.9).

Forward D’Angelo Smith continues to be a force, posting a 55.7 field goal percentage and earning DAC player of the week honors as well. Freshman Kyree Rogers has been a weapon off the bench, shooting 53.1 percent from the field. 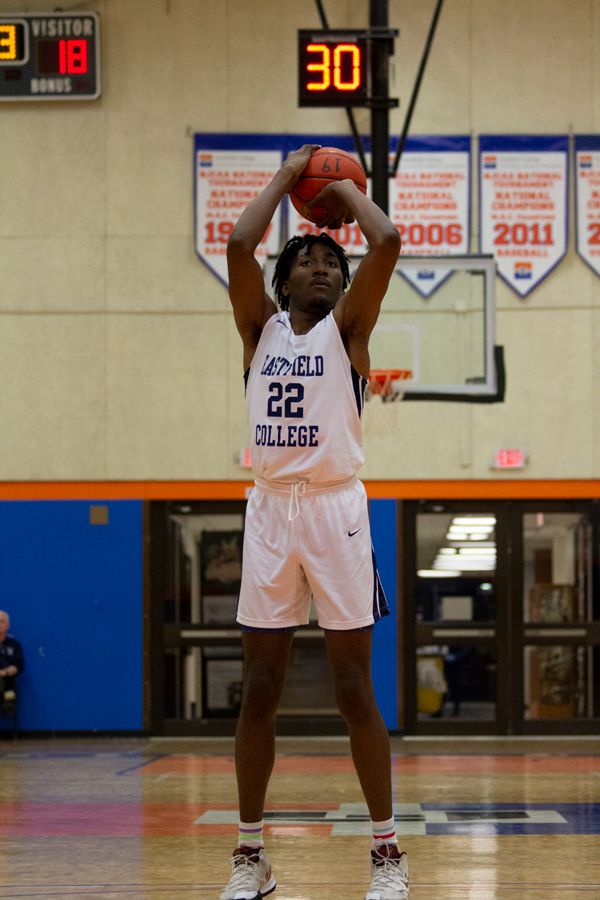 Even though the Harvesters have had an impressive season, Fletcher wants his players to stay focused on the bigger picture, traveling to Minnesota and competing for a national championship.

“We’ve got to be ready to come out and give everything we got,” Fletcher said. “Play our hardest, dive on the floor, get loose balls, take charges, defend and get steals. Not just score a basketball.”

Fletcher has stressed to the team the mentality that he wants his guys to keep as they near the finish line for the regular season.

“[We have to] lock in every day,” Fletcher said. “Games, practice, all of that; every time [the players] see me they’re going to keep hearing ‘lock in.’ You have to go in and prove to somebody that you’re better than them every single day.”

Currently, the Harvesters sit at the top of the conference standings alongside 18-2 Richland. Fletcher and the Harvesters understand that every game could potentially play a role in whether they get to the national tournament or not. A pivotal rematch tonight on the road at Richland will be a deciding factor in where they stand headed into the postseason. The Harvesters finish regular season play Feb. 15 at North Lake.