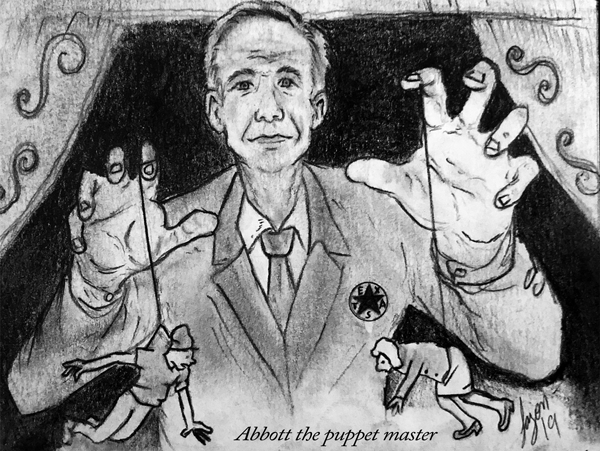 The First Amendment guarantees Americans certain unalienable rights. So why are those rights currently being trampled merely to play big brother to one of Texas’ top trading partners?

In 2017, Gov. Greg Abbott signed House Bill 89, also known as the Anti-Boycott, Divestments and Sanctions Bill, into effect. The law prevents the state from doing business with any companies or individuals that boycott Israel.

The Et Cetera isn’t interested in picking a side in the Israel-Palestine debate. What we are interested in is how the Anti-BDS law blatantly ignores our constitutional rights and gives favoritism to a nation that a broad majority of our state senators and representatives support.

Whatever happened to “Congress shall make no law respecting an establishment of religion, … or abridging the freedom of speech, … or the right of the people peaceably to assemble …”?

Look, Israel. Just because our politicians seemingly have a soft spot for you doesn’t mean you should be immune to our criticism. It’s nothing against you, personally. It’s just free speech.

Most people, especially most Texans, probably wouldn’t even pay attention to this law. What made us notice this is that any paid contractor (an individual or a business) who does business with the Dallas County Community College District or any state agency is affected by the Anti-BDS law. Sure, it’s only for their time while contracted by the DCCCD, but do you really think they’d ever be contracted again if it was found out they protested Israel?

We find it strange that our notoriously red state, with a political ideology that loves to stick close to whatever the Constitution says, like freedom of speech, would seemingly ignore the Constitution in this case. It’s hypocritical for a conservative legislature to disregard our First Amendment rights when conservatives have chastised liberals for being anti-free speech.

How far do our lawmakers intend to go with protecting our most treasured ally?

If it were a private business that enforced this policy, it wouldn’t be an issue. It would be their own choice. When the government decides to do this however, our sense of freedom becomes muddied.

Shouldn’t the free market decide what happens to Israel?

Even if Israel is our ally and trading partner, they should be able to stand on their own. Our government has no business restricting the voices of the people, even if it’s for the financial benefit of an ally. We agree with the original author of Texas’ Anti-BDS law. While it might have been made with good intentions, it only hampers what makes us uniquely American.