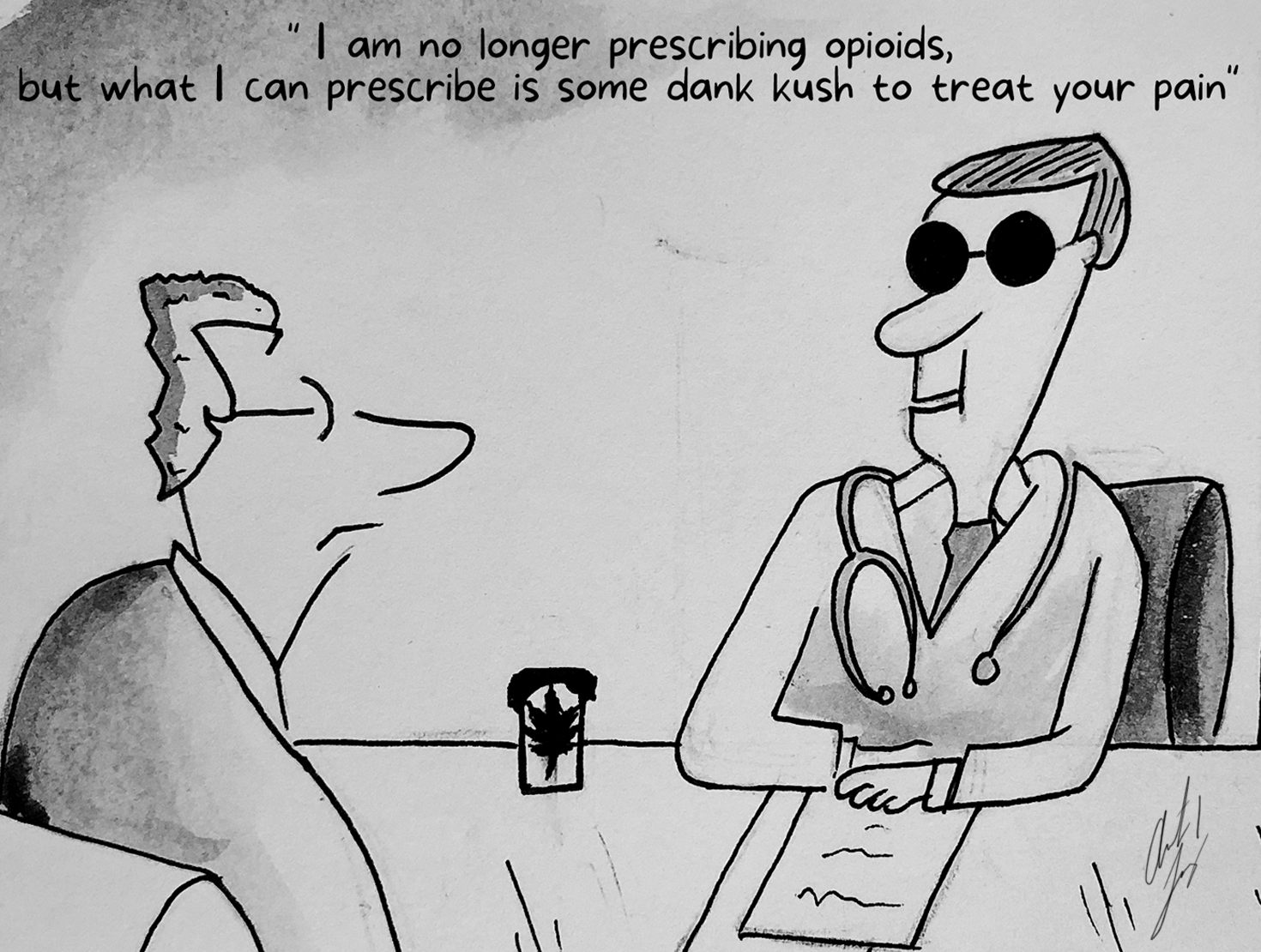 Public perception of marijuana is changing fast, and it’s about time for Texas to keep up.

With the 86th legislative session ending in less than two months, bills that would push cannabis closer to decriminalization, such as Senate Bill 90 or House Bill 63, should be carefully watched by all Texans.

Texas Senate Bill 90 would allow medical marijuana usage for illnesses such as post-traumatic stress disorder, cancer and autism. These conditions are becoming more prevalent, so why shouldn’t our state invest in treatments that research suggests show promise?

Under Texas House Bill 63, possession of less than an ounce of marijuana would be decriminalized, instead becoming a civil offense.

Maybe now, our prisons won’t be overflowing and filled with people who aren’t the same as high-level criminals.

From its not-so-humble beginnings in the Marijuana Tax Act of 1937 to the more recent Controlled Substances Act of 1970, criminalization of marijuana has nearly run its course.

A record 61 percent of Americans now support legalization, according to the 2018 General Social Survey.

Even people 65 and older — a population of Americans that almost no one would expect to support legalization — are now the fastest-growing demographic of marijuana users, said Gary Small, professor of psychiatry and aging at the University of California, Los Angeles.

The list of groups you’d least expect to support legalization doesn’t end there. Just last year, the Republican Party of Texas supported decriminalizing the possession of small amounts of wacky tobacky. As recently as October 2018, Gov. Greg Abbott said he’d be “open” to reducing criminal penalties for minor pot possession, according to the Texas Observer.

Of course, when it comes to both sides of the political aisle, Republicans and Democrats differ on the idea of legalizing recreational marijuana. But both are adopting similar views on medical marijuana usage.

Marijuana is no longer just that one drug you tried at your friends’ parties in your late teens and early 20s. It’s becoming the possible solution to the American opioid addiction epidemic.

According to a report from JAMA Internal Medicine published in May 2018, researchers found that patients with chronic pain who lived in states with easy access to medical marijuana were less likely to obtain prescription opioids.

We hope the current legislative session will do more to not only legalize more uses for marijuana, but to also get creative when it comes to taxing the jolly green giant.

One of the problems with the excessively aggressive laws surrounding the green menace is that the societal perception has become more accepting of Mary Jane’s appearances within the past decade.

It’s no longer that red-eyed guy you always see on the street. It could be your grandparents in the nursing home, your mega-conservative cousins, patients at your local rehab center, those rich neighbors of yours who make you wonder how they spent $1,100 on a hand-blown glass bong, and maybe within the next few years, it could even be you.

Those are only a few of the reasons why we believe that legalization should come sooner than later. Public opinion, research, potential economic growth and more all suggest that we might be better off if we weren’t green with envy of other states like Colorado.

So, Texas politicians, what will you do? Will you help shrink our overgrown prison population and boost our state’s already strong economy? Or will you keep us lagging behind other states, waiting another five, 10 or (hopefully not) 20 years for legalization?