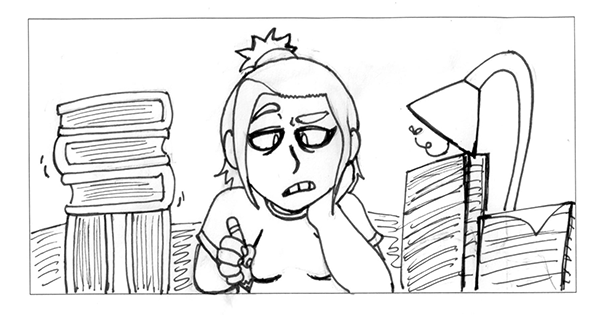 The plan to transition 80 percent of classes to an eight-week format by fall 2018 will undo the work Eastfield has done to make higher education more accessible to lower income students and those who have not had strong educational foundations.

Eight-week terms, while beneficial to full-time, traditional students, is a poor idea for students who have jobs, children or other responsibilities outside academics.

With eight-week terms, the timespan of the class is shortened but contact hours and content remain the same. This means students are in class for longer periods with less time to study.

While it is commendable that the college would make strides to help students with the ability to embark on eight-week term courses, the move to make the majority of courses conform to this format will further burden those who cannot handle such an endeavor.

College administrators say that students will find more success in this style of class scheduling.

Shorter terms mean less chance that something will come up in a student’s life that will cause them to drop all of their classes, they say. Also, dropping all classes would mean using two or three drops instead of five.

Students would complete at a quicker rate. And administrators cite improved student success and retention at other colleges with eight-week terms.

But this does not sound as appealing to students who have to work to pay for classes, books, food, gas and rent.

If students spend two hours in class for four days a week, as has been proposed by college administrators, they are recommended to study four hours each day outside of class. If students take two classes, that is four hours in class every day and eight hours studying each day.

This adds up to 12 hours of every day with only two classes. The ability of a student to hold a job, especially full-time, is slim to nil in this format.

Students who fall behind early in a class will have no time to catch up. With mid-terms in the forth week and finals in the eighth, missing a single day of class can be detrimental.

Science classes that will meet five days a week— a lecture period on Monday through Thursday and a five-hour lab on Friday— will sap the energy from students and make it hard for them to take other classes, much less take a full load and work a job.

The Et Cetera recommends that Eastfield amend its plan to increase eight-week offerings while not removing 16-week options. It is the responsibility of a community college to serve the interests of students. The effort to make Eastfield more accessible to full-time students is admirable, but it should not undermine the ability of part-time or non-traditional students to achieve the same education.