Opinion: Challenging books should be taught not banned 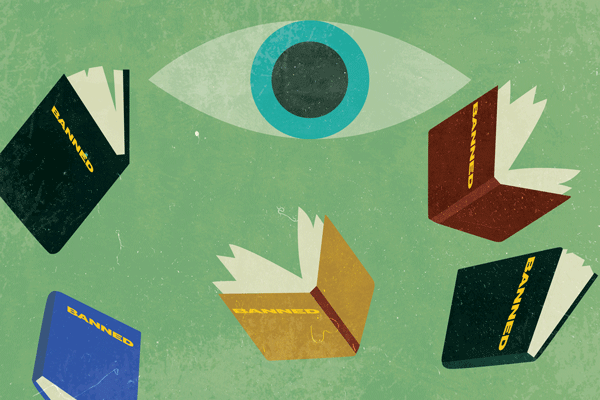 But considering all the efforts to suppress “controversial” writing, maybe the recognition should be year-round.

The inclusion of LGBTQ content is cited as being the most prevalent reason why a book is deemed inappropriate to be read by school children, according to the American Library Association .

Other reasons include the use of stereotypes, sexual references and profanity.

Banning books is regarded as a form of censorship. Schools have been banning books from Harper Lee’s “To Kill a Mockingbird” to Mark Twain’s “The Adventures of Huckleberry Finn.”

However, this practice is limiting to the depth of perspective on certain issues that students should have access to.

School libraries should be fountainheads of experimental knowledge.

They should be places where students can venture away from the structured, formulated plots of class curriculums to find material that can help them better understand what they are learning.

They should be places where they can learn new things about what interests them.

If a book is challenged for whatever reason that might offend one group, it shouldn’t be taken out of the school completely.

Students should have the option to read the material, even if it requires parental permission.

Author Jonah Winter endured an online campaign against his children’s book “The Secret Project,” Critics accused him of historical errors and misrepresenting Native Americans. During the social media onslaught, he stayed silent.

“If every book that might offend someone were cancelled in advance of its publication date, few books would wind up on store shelves,” he wrote later in The New York Times.  “Caving to the social media critics … reinforces the power of the online mob.”

Winter is arguing against another form of book banning, but the point is the same.

If something offends a few people, why is it necessary to limit access to those who might not be offended?

Also, should a book be banned when the overall message of a book transcends the minor blemishes it might have?

“George” by Alex Gino was the No. 1 most challenged or banned book last year

The story is about a transgender child who knows she is a girl. She is willing to show people who she is by doing all it takes to play Charlotte from “Charlotte’s Web”.

Identity is something everyone tries to discover, and this novel helps that understanding.

Books have to be critically analyzed.

Yes, minors might not have the level of critical thinking that adults have, but is there something wrong with having teachers guide them through a novel? No.

At the end of the day, that is what schools and teachers are for.

—Juan Quevedo Hernandez is a contributor and a journalism major