Sony throws monkey-wrench into the Spider-Verse 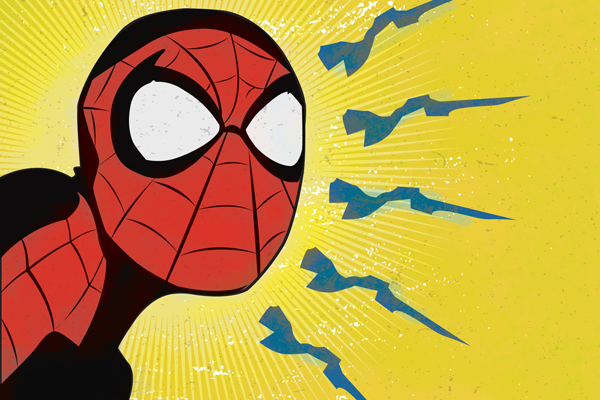 Spider-Man is far from home following the recent disagreement between Sony and Disney, and everything the fans and actors have grown to love about the franchise is at risk.

Two movies with two more on the line are going to be ruined if Sony wins the argument.

There are a couple of reasons behind Sony and Disney’s falling out.

They’re hard to put together and make into one big point, so let’s start from the beginning.

In 2015, Disney, Marvel and Sony decided to share the Spider-Man film rights.

The deal allowed Sony to control and edit movies where Spider-Man was the main character, such as “Spider-Man Homecoming” and “Spider-Man: Far From Home.”

Disney controlled the movies where he wasn’t the headliner, such as “Captain America: Civil War” and “Avengers: Infinity War.”

Disney asked Sony to help pay for films with Spider-Man in an effort to raise their profit margin from 5 percent to 50 percent.

When Sony refused, Kevin Feige, president of Marvel Studios, pulled back from the franchise and is no longer a part of the production of the two upcoming Spider-Man movies.

Now Sony doesn’t want to share its biggest franchise with Disney. Perhaps Sony thinks they can make it big without any help.

Just look at the massive success of the Academy Award winner for Best Animated Feature this year, “Spider-Man: Into the Spider-Verse.”

But removing Spider-Man from the MCU is a terrible idea.

Everything that we experienced along Spider-Man’s journey wouldn’t have the same impact if Sony gets its way. For example, The X-Men and Venom both exist within the Marvel Universe like the comics and games, but they’re not in the Cinematic Universe.

Under the new disagreement, Spider-Man would still be with Iron Man in other media, but the fans have already grown so attached to the dynamic duo relationship developed between the two heroes.

The MCU had big plans for the series. They had already built up Peter Parker’s origin story by forging a new mentor for him to learn from in movies such as “Captain America: Civil War” and “Spider-Man: Homecoming.” These films feature a growing bond with Tony Stark that is similar to a father-son relationship..

This reminds me of the terrible, heart-wrenching pain I felt when Spider-Man pleaded for his life in Iron Man’s arms and disintegrated into nothingness in “Avengers: Infinity War.”

And what about those last few moments Spider-Man had with Iron Man. “Mr. Stark? Hey, Mr. Stark? Can you hear me? It’s Peter. We won, Mr. Stark. We won, and you did it, sir. You did it. I’m sorry. Tony.” This iconic moment suddenly doesn’t mean anything.

Starting with “Captain America: Civil War,” I remember just how hyped the internet was when the official trailer dropped and Spider-Man was wielding Captain America’s shield. “Civil War” lived up to its expectations and gave us a fresh Spider-Man who’s written to be a bright, quirky fanboy and is just hilarious.

We get to see this great character interact with Tony Stark and get taken under his wing while they grow as a team and take on the obstacles ahead.

So, here lies a constructive story with well written characters and enjoyable relationships.

I love this version of Spider-Man, and it pains me to know that it could all be destroyed.

Sony made the Tobey Maguire trilogy and the reboot Andrew Garfield duology.

Ending its deal with Disney will give Sony the opportunity to mess up what Disney worked so hard to correct.

Sony should step back, stand side by side with Disney and share the rights again so Spider-Man can get his homecoming.