Prescription costs in America continue to cause problems 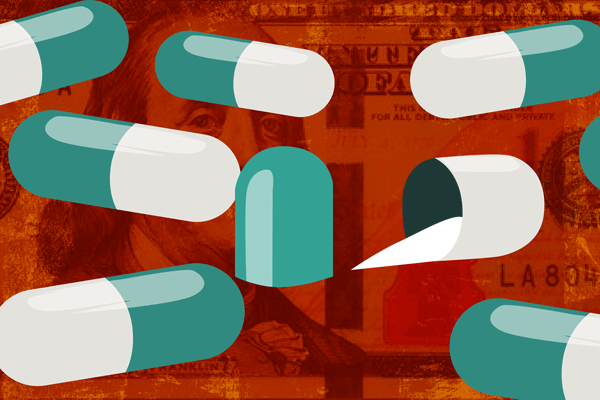 America, land of the free and home of the most expensive drug costs in the civilized world.

Lifesaving medications, such as insulin and seizure preventatives, are often the most expensive.

The more we need something, the higher the price inevitably tends to be.

However, the drugs that are claimed to be quickly becoming “epidemics,” such as painkillers and anxiety medications, can often be among the cheapest in the pharmacy.

There’s a reason for all of this.

But let’s explain the specific reasons why and what options a patient may have for reducing their costs.

A major contributing factor to increasing drug costs is taking advantage of the law. Congress passed a bill requiring school districts to have an epinephrine on hand in the nurse’s office for any student with any allergy.

Except immediately after the law change, Mylan took full advantage and raised the price of the Epipen, which they manufacture, from roughly $100 for two pens to more than $600.

After receiving some well-deserved backlash for this, Mylan was forced to release what’s called a brand-name generic.

This means that a generic option is available, but it’s still directly made by Mylan, ensuring that they still receive 100 percent of the profit.

Not too bad a deal considering the generic Epipen is still $300.

To put it simply, the previous standard of propulsion agent known as chlorofluorocarbons was banned and replaced by an environmentally safer option known as hydrofluoroalkane.

Sounds fine and good, right? Until you realize that pharmaceutical companies used this as an excuse to repatent and rebrand all albuterol inhalers.

That means no more generics until the new patents expire, leading to higher costs and more profit for Big Pharma.

Familiar with the allergy medication Zyrtec? What about Xyzal? Look at the generic names, Zyrtec (cetirizine), Xyzal (levocetirizine).

The drug company, in this case Xyzal, tweaked the inactive isomer of the drug, and then gave it a new and fancy name.

It’s a dirty trick that leaves one wondering why these tricks haven’t been addressed. Sadly, the answer is simple.

The entity in charge of regulating the pharmaceutical industry is the Federal Drug Administration.

Each year government funding to the FDA gets lower and lower due to something called FDA user fees.

Essentially, these are fees that a pharmaceutical company must pay each time they submit a new drug patent to the FDA for analysis. FDA fees are almost half of what the FDA runs on.

To put it simply, the corporations they’re supposed to be regulating are providing them with their only real source of revenue.

The FDA is paid for and essentially controlled by the pharmaceutical industry.

As individuals, we have some opportunities to lower costs.

Though not everyone can access it or afford it, health insurance with drug coverage remains the best option.

Drug discount cards on websites like GoodRx or Blink Health can be a godsend for some patients.

Coupons directly from drug manufacturers apply to some brand name medications, but may be only a temporary fix.

They’ll help out at first, but sooner or later the patient will most likely be left paying full or partial price.

Drug compounding can save patients hundreds if not thousands of dollars.

A pharmacy basically takes the raw ingredients for a medication and makes the drug themselves.

Most large retail pharmacies will not compound due to liability reasons, so this is where we really get to support those little independent pharmacies.

There’s most likely a way to compound it for a fraction of the price.

With all this in mind, it’s important to realize the countless variables affecting these drug prices and to vote against legislation and public representatives that can negatively affect them.

There are several tools available to help the individual.

But we must stand together before we will ever see a collective change.