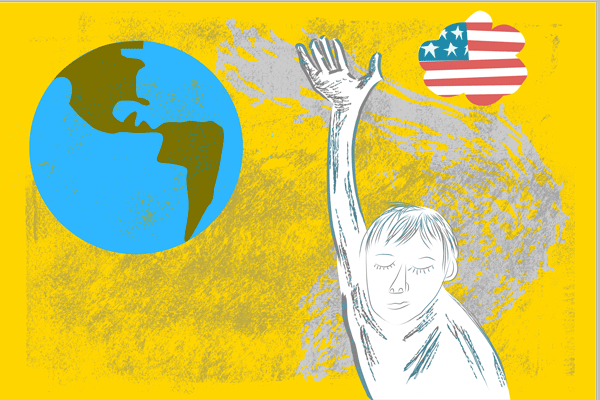 Do you know someone from another country? You probably hear the word immigrant in the news frequently, but are there any immigrants among your close friends? If not, you might be missing out on some valuable relationships.

When I moved to Texas from Oklahoma in 2004, I was already a world traveler. Thanks to my work with a nonprofit organization, I had visited China and Russia. I even spent 10 months in Mongolia. What I did not know was that there was a large international community in my own backyard. I had been in Dallas for a little over a month when I became acquainted with a woman from Costa Rica and a mother and son from Mexico.

Since that time, I have met and befriended people from around the world, I have learned Spanish and my husband is from El Salvador.

Engaging in such a personal way with the immigrant community has been an eye-opening experience that has expanded my personal worldview. For several years I put people in boxes with neat little labels based on their style of dress, religious preferences and political leanings. I avoided people who did not think like me. As I developed friendships among the international community, I had the opportunity to eat with them, attend birthday parties in their homes and hear their stories.

I have learned that trying to understand someone is more important in a relationship than seeing eye to eye in every detail. My husband and I are from different countries, have different cultural backgrounds and we have different first languages. Politically we are on opposite sides of the spectrum. Thankfully, we have been able to talk about our differences, and this has been very good for me. It has caused me to realize that my point of view is not the only one that counts. While we may not agree on everything, my husband and I still have a harmonious relationship because we work to understand each other.

I have learned that people are people, no matter what country they come from. My immigrant friends have hopes and dreams for their future, the same as I do. They want to succeed and be productive members of society, the same as I do. When you get right down to it, the differences between me and them are mostly superficial. In the areas that really matter, there is not much difference at all.

Befriending people from other countries has taken me out of my comfort zone, but it has been a rich and rewarding experience and one that I would not trade for anything. It has increased my awareness for the good things that the United States still has to offer such as relative peace and safety and a higher standard of living than many other places in the world. It has helped me to look for common ground in my relationships instead of focusing on differences. It has given me a greater appreciation for other cultures and the value that they bring to our world.

— Harriet Ramos is a contributor and a journalism major