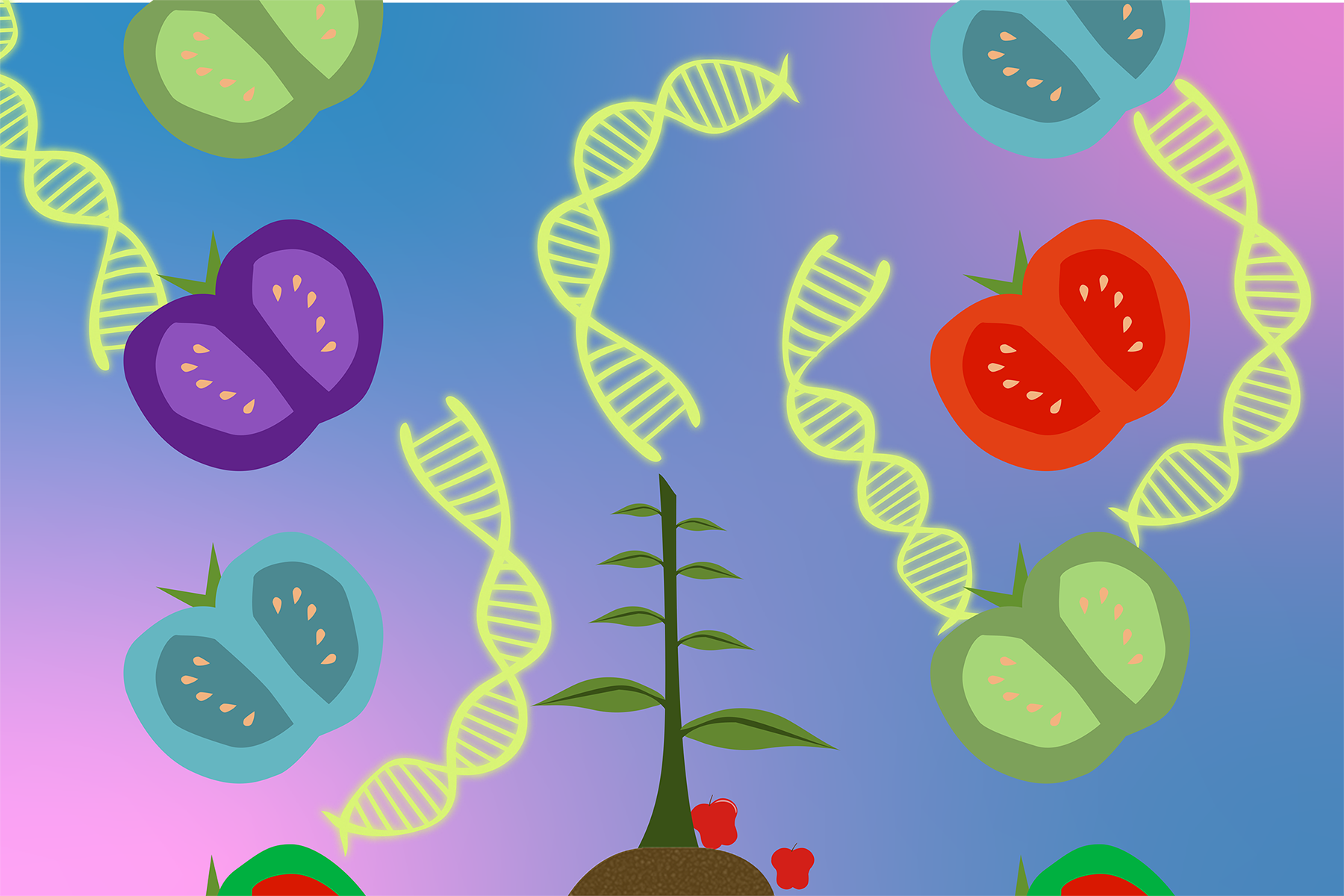 From the food on your plate to the pets in your home, humanity has been artificially selecting desirable traits in other organisms for thousands of years.

With the results of our success all around us, why is society so afraid of the term GMO?

The millennium-long practice of selectively breeding animals with favorable traits in the hopes that offspring would share these traits turned feral wolves into man’s best friend.

We later did the same with plants. One of the greatest examples is corn, which started off a fraction of its modern size and with very few kernels.

Broccoli, cauliflower, cabbage, kale and Brussels sprouts all started off as wild cabbage.

But if you hear people talking about GMOs, or genetically modified organisms, they’re likely talking about a much more recent and controversial method.

Creating a GMO is a much quicker and more accurate way of adding new genes to an existing organism’s DNA.

The World Health Organization defines GMOs as “organisms (i.e. plants, animals or microorganisms) in which the genetic material has been altered in a way that does not occur naturally.”

A GMO is created when a foreign gene is inserted into the DNA of a cell. The new gene then replicates naturally as the cell divides, eventually forming a complete organism.

The new gene is present in every cell of that organism.

According to the Purdue Research Foundation, a vast majority of the organism’s genetic code remains “completely unchanged by the process.”

Despite its infinite room for growth, fear of the unknown and unseen consequences of tampering with DNA have many people standing firmly opposed to the idea of more GMOs.

One of the highest points of controversy lies in genetically modifying crops in food production.

The overall public opinion on genetically modified crops is negative, and there is a widespread belief that organic food is healthier, and that genetically engineered crops are somehow hazardous to our health.

Contrary to this belief genetically modified crops, such as golden rice, were created with the express purpose of increasing their nutritional value. Golden rice was developed in 2000 to help combat vitamin A deficiency, which leads to more than 500,000 deaths each year.

Many of the genes added to genetically modified crops are put in place to protect the plant itself from common diseases, harsh climates and herbicides.

Hardier crops are easier to cultivate, making them a safer investment for farmers.

In addition, the European Research Area released 10 years of research done on GMOs and their effects.

It was largely concluded that eating genetically engineered food was no more dangerous than eating traditionally selected crops.

From selective breeding to cutting and pasting genes, the potential developments to be made through working with genetically modified organisms are near limitless.

The benefits of furthering this technology range from subtly increasing our quality of life to creating cures for life-threatening illnesses.

Either way, the practice of artificially selecting traits is something people have been doing for millennia and will likely continue on into the future.