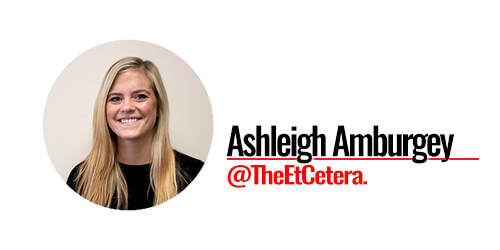 When most of us think back to our childhood, we see a simpler time when we didn’t have to worry about much except if there would be an open swing on the playground at recess.

Sadly, children today are not experiencing these kinds of memories because they are being sucked into their screens and consumed by a false reality.

Media saturation is stealing their precious and fleeting childhoods, diminishing social abilities and creativity and exposing them to inappropriate content.

We must give our children, or future children, a better life than a cellphone has to offer. One of the biggest fears parents have is that their child will get caught up in drugs, yet the very tools that parents use to keep them occupied, such as tablets, can cause the same effects as drug addiction.

When exposed too much, children grow addicted to that high just like an addictive substance. After studying MRI scans from the children being tested, Rosenberg compared their media-addicted brains to a brain addicted to heroin.

It may seem outlandish to compare internet use to heroin, but if this is truly consuming our children, we must take preventative steps to keep our children from falling in this deep hole. Instead of using television to keep them busy, teach them to ride a bike or enroll them in soccer.

Not only does exercise prevent internet addiction, but it also promotes a healthy lifestyle from a young age, improves cognitive function and helps children to meet new friends.

It’s nearly impossible for children to make grand discoveries, or see the simple beauty of life, when a screen is blocking their sight.

Children no longer color on kid’s menus in restaurants because they’re too busy playing games on a tablet, and reading books doesn’t seem necessary when you can just watch the latest YouTube video from your favorite channel.

Reading books can be a magical discovery as a kid, when you realize that words can actually paint a picture in your own mind, instead of a movie doing all the work for you.

Another harsh reality of media saturation in children is the exposure to inappropriate content.

According to an online study conducted by Chiara Sabina, 93 percent of boys and 62 percent of girls are exposed to pornography in their adolescent years.

They are also constantly exposed to images of violence, foul language and content that should ultimately be left to an adult audience.

We always say that children these days are growing up too fast, and perhaps it’s due to this type of exposure. While parental blocks may seem like an easy way to combat children accessing inappropriate content, be cautious.

Whenever we give our children access to technology, we must pay attention to what they are looking at. Our childhood is the foundation of the individuals we grow up to be.

We should teach our children that media, though it can be a great tool and outlet, can also be a very dangerous and consuming source. Teach your children, or your brothers and sisters, that it is not OK or cool or justifiable to constantly be on a media device.

Teach them to plug into the world around them, rather than whatever technology they’re using.

—Ashleigh Amburgey is a
journalism major and a contributor