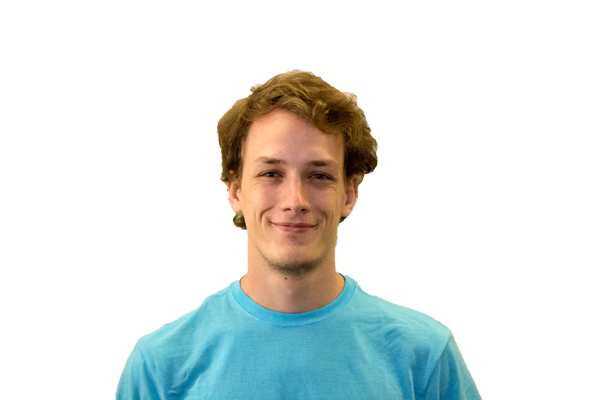 This last election cycle, I felt less represented and understood than ever before. I felt more isolated, saw more hypocrisy from both Republicans and Democrats and lost virtually all faith in our current political system.

I’m a Libertarian. That means that I fundamentally believe in liberty as an inherent right for all people. I don’t believe that, as an adult, I should ever be coerced into doing something I don’t think is in my best interest. I believe all people have the same right.

The Republicans consistently break this rule by favoring police, imposing their moral restrictions on others and pushing aggressive foreign policies. The Democrats break this rule by forcing others to adhere to their vision for a utopia in true socialistic fashion, whether that be demanding adherence to their sexual agenda or taking a significant portion of my wages to pay for the cigarettes of a man who hasn’t worked in years.

These parties are not ideologies, but political organizations with selfish agendas. It appears that these two political machines are now unashamedly public with their self-centered motives. They are willing to do anything to make themselves look good.

I left the Republican Party a few years ago because I did not agree with its inconsistent agenda. I found the party to be full of people existing only on the liberal spectrum: mindless sheep doing what they’re told to do.

Through “liberal” and “conservative” media outlets, most Americans are taught how to think on social and political issues. This ensures easy manipulation and essentially creates a mob mentality — “all Republicans think that way on this issue, and all Democrats think this way.”

This is one of the things the framers of the Constitution sought to avoid along with an all-powerful central government. America has failed both of these objectives, and this two-party system is largely to blame for it.

If popular media outlets actually shared the news without bias or intentional distortion and only included their opinions later, we’d be much better off.

Biases are important because they challenge us to think differently, but they are only beneficial when different perspectives are heard.

For this reason, these “news” sources have substantially impacted the American public in a negative way. Encouraging people to think for themselves would kill major broadcasts such as NBC and Fox, so that encouragement will have to come from a different source.

Donald Trump is the answer to this problem. Let me explain before you stop reading.

Last November, we saw the culmination of the circus we called an election campaign for Trump. He was a joke and everyone knew it, but his competition wasn’t any better. Clinton, or as she was branded, “Hillary,” (Trump sounds better than Donald, Hillary sounds better than Clinton. It’s all a show.) was a disaster of a candidate who gave the presidency to Trump. He wouldn’t have beaten practically anyone else.

For this reason, I think people from every end of the political spectrum will be reassessing their loyalties to the behemoths, and we may see a rise of multiple parties in the polls.

This past year, almost 8 million Americans voted for a third option because they realized there aren’t only two choices. Saying there are only two options in this scenario is a fallacy known as a “false dichotomy,” and I heard plenty of it.

Apparently, I voted for Hillary Clinton since I didn’t vote for Trump — or so my parents told me. After all, not voting for a Republican clearly is a vote for a Democratic candidate: textbook false dichotomy. In actuality, I voted for a young, obscure, brilliant man named Austin Petersen, who ran on a platform of “I believe two lesbian women should be able to protect their marijuana farm with fully loaded assault weapons.”

This man would have been the most constitutional president we’ve had since Thomas Jefferson, and I think he’d be an excellent choice for the position. Hopefully we’ll have a chance to bring someone truly worthy of the title into office in four years because if we continue to allow the red elephant and blue donkey to steer our nation, the United States faces a grim future.