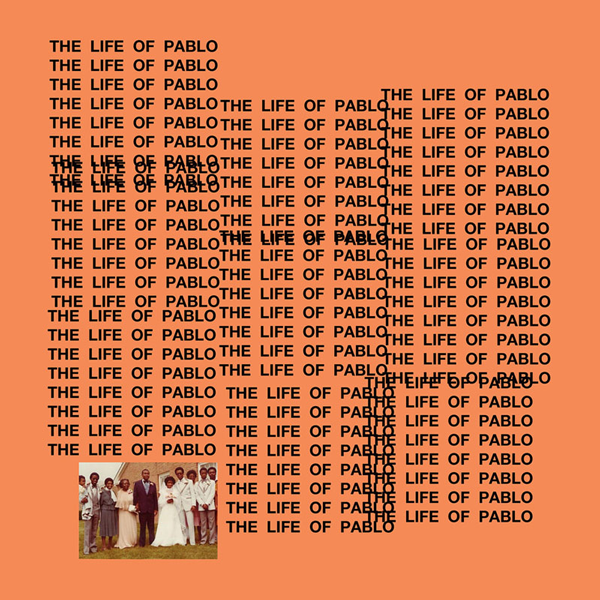 One cannot review a Kanye West album without first identifying the era of Kanye West nearest to their hearts. I remember listening to West’s “Yeezus” for the first time back in the summer of 2013. It was an album I couldn’t fully process on one run-through, so I turned to various reviews to help me define what I had just listened to. Unfortunately, the music world was just as torn about the album as I was.

From all these talking heads, I found that many rated the album not on its possible artistic merit but instead on an alleged inability to match the message or sound of a previous project. Some fans love a certain era of West’s music so much that they cling to an album and hope the next release will resemble “old Kanye.”

I can’t say I miss the “old Kanye,” because it wasn’t until the release of the 2010 masterpiece “My Beautiful Dark Twisted Fantasy” that I was introduced to the music extravaganza that is West’s discography.

With the gospel and soul-oriented samples in “The College Dropout,” the orchestra-inspired “Late Registration,” the electronic “Graduation,” the synthetic and Auto-Tuned “808s and Heartbreak,” the maximalistic “My Beautiful Dark Twisted Fantasy” and minimalistic “Yeezus,” West has continued to push the boundaries of hip-hop and crafted albums that are perfect cutouts of his present state of mind as an artist and an individual.

Knowing this, I awaited the release of “The Life of Pablo” aware that I would not hear MBDTF again. Knowing that West is at a different stage in his life than he was when he released he’s previous work, I was anxious to hear what this new album had in store.

The opening track “Ultralight Beam” exceeded any expectations I had with a powerful chorus, the hard-hitting production and the perfectly featured vocals of The-Dream, Chance the Rapper and Kelly Price make for a polished and masterfully orchestrated song.

A mix and match of various samples, artists and tempos dominate “Father Stretch My Hands Part 1,” “Part 2”’ and “Famous.” The album’s early tracks are unique and monumental, and this raises the expectations for the rest of the album.

“The Life of Pablo” hits its first speed bump with “Feedback,” the first track of the album that Kanye does without a featured artist.

Although the use of a microphone’s feedback for initial instrumentation is creative, West doesn’t build on the concept, leaving the track to grow numb and repetitive after a few bars. West’s lack of potent lyricism doesn’t help this track that attempts to be daring and aggressive.

Another passable track is “Highlights,” which features West singing way more than he should. He sounds smooth and comfortable as he raps over the lively rhythm, taking shots at Ray J in the process, but his Auto-Tuned voice doesn’t keep up with superior vocalists The-Dream and El DeBarge.

The album picks back up with the brash “Freestyle 4” and the skit “I Love Kanye,” in which West playfully responds to the “I miss the old Kanye” crowd.

The rest of the album is varied in its style and artistic measure. Tracks such as “30 Hours” and “Fade” are otherworldly in their instrumentation and poise. However, tracks like “Facts,” with its inarticulate lyricism, only remind you of how badly you want to listen to the next song or go back to “Ultralight Beam.”

The album is sprinkled with star-studded guests, with Kid Cudi on “Father Stretch My Hands Part 1,” The Weeknd on “FML” and Andre 3000 singing back-up vocals on “30 Hours.” The album shines with the featured artists’ talent and West’s ability to place them perfectly on a track.

In fact, the album reaches its weakest points when Kanye is rapping or singing by himself. “Wolves” is the best example of that. The original “Wolves,” released at West’s Yeezy 2 fashion show, featured rhymes by Vic Mensa and vocals by Sia. West’s vocals are unable to capture the range and power of Sia in the final album version.

Overall, “The Life of Pablo” is another experimental and lively album that will fit nicely in West’s discography. However, it is far from perfect, and the brilliance of the majority of the tracks is brought down when West places himself alone or in the driver’s seat of a track’s vocals.

West recently announced that the album will never see a wide release and will only be accessed through the Tidal streaming service. Aside from the ridiculous inconvenience this creates for fans, West, Jay-Z and the Tidal brand are placing the success of their overpriced streaming service on an album that is loosely promising at best.