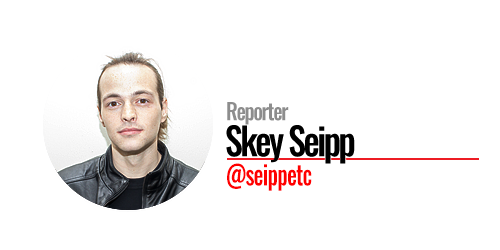 I’m tired of the constant complaining from baby boomers and Gen Xers about millennials.

Quit blaming adolescents for everything. It’s an age-old trope that should be weaned out of human consciousness.

I apologize if my generation seems coddled, self-righteous, narcissistic or just different from your generation. We’re simply a product of our environment. We didn’t ask for a participation trophy. Our parents gave them to us.

There is constant complaining about millennials being glued to their phones. We didn’t ask for or invent the technology. It was you who created and mass-produced smartphones.

Now, I make no claims that we are perfect or even justified. We’re naïve, stubborn and absorbed in our own self-actualization. Self-actualization that is nothing more than our own pursuit of happiness in wishing to become our ideal self.

According to the Pew Research Center, baby boomers are anyone born from 1946 to 1964. Which means that the young hippies were baby boomers, in addition to being the ones who burned with disco fever. Let that soak in for a minute.

The same people that now complain about millennials were the ones searching for their ideal self at either Woodstock or a disco. Is it so wrong that we wish for a more accepting society of various cultures, races and sex?

If anything, it may make us one of the first generations to truly ensure that the values of the U.S. Constitution are guaranteed to everyone regardless of their identification. Isn’t that what the American dream is all about?

Yet we are consistently attacked for doing nothing more than trying to find our place in the world.

All we’ve found so far is copious amounts of debt and an increasingly existential threat to the environment that we’ll somehow have to resuscitate.

And while the problem of climate change is something that people of all ages can take responsibility for, the current people in power are the ones who can pass reasonable legislation to curb the problem.

There hasn’t even been a president from Generation X, much less a millennial.

So your generation’s unwillingness to accept the facts about climate change and pass reasonable laws will be another headache we’ll have to deal with.

Until we royally begin screwing up the country with our own policies, can you just lay off of us a little bit?

We appreciate your concerns, but the kids are all right.