Opinion: Is getting drunk with friends worth the risk? 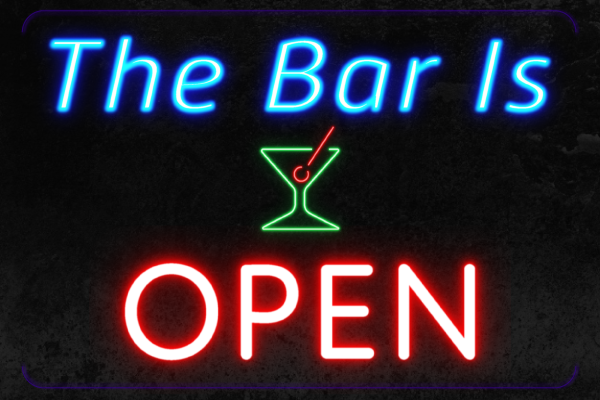 Many of us have found solace in the comfort of a shot glass as it slides across the bar top.

A bar is a wonderful and beautiful sanctuary.

I myself am inclined to indulge well beyond the point of moderation. The damage my liver has sustained is nobody’s problem but my own. That’s my health and my health is my business.

But when a sanctuary turns into a breeding ground for infection, the issue is no longer about our personal choices.
It’s a matter of public danger and social irresponsibility.

On May 18, Texas governor Greg Abbott announced that on May 22 the state would be lifting its restrictions on bars and allowing restaurants to operate at 50 percent capacity.

On May 19, Dallas County announced 14 deaths from COVID-19, the highest death toll we’d seen in a single day at that point.

But hey, what could be more important than an overpriced and watered-down vodka-cranberry?

On May 21, the day before the reopening, Dallas County reported over 6,100 confirmed COVID-19 cases and 145 total deaths.

Sure, businesses are suffering and that sucks. But it’s not a consequence of the virus; it’s a reflection of an already fragile American economy. A business owner demanding to reopen during a pandemic is like an apartment tenant who wants to keep living in Chernobyl. It doesn’t make any sense.

Drunk know-it-alls will argue about COVID in their corners as the bar rats crawl from table to table, trying to make up for lost time.

Doesn’t that sound lovely? Isn’t that what we’ve missed? Who needs to visit their grandmother in a nursing home when we could all get plastered instead?

Lt. Gov. Dan Patrick already said, “lots of grandparents” are willing to sacrifice themselves for the cause. Why don’t we just reopen nursing homes while we’re at it?

Maybe Grandma could use a stiff drink too. She probably needs it a lot more than some protester throwing a fit over a haircut.

Like Abbott and Patrick, a portion of this state is behaving like spoiled children. They’ll ignore the advice of medical professionals while crossing their arms, stamping their feet and saying, “but…but… I don’t wanna!”

Despite all logic, they pick and choose what facts they want to believe in. They choose only the information that aligns with their political preferences. It’s the American way.

They’ll sift through the recommendations from the Centers for Disease Control and Prevention with a fine-tooth comb, crying, “a mask is too uncomfortable” for their delicate sensibilities.

[READ MORE: Opinion: Addiction is not a weakness, it’s a disease]

Enjoy the satisfaction of pretending that a pandemic doesn’t exist due to the simple fact that it inconveniences you.

Why should we listen to those guys? The CDC only has an annual budget of over $11 billion they use to control and research infectious diseases. What could they know?

Instead, let’s listen to the politicians. Surely they’re the golden fount of information and wise decision making.

A politician controlled by lobbyists couldn’t possibly have an ulterior motive. Public safety must surely be their primary concern.

Instead, let’s listen to Abbott.

Go out. Have a good time. Go wild and enjoy yourselves, kids.

Just remember, if you’re going to heed the advice of Abbott, it’s best also to remember the recommendations of President Trump.

When the bartender asks for your drink order, for the sake of your own health and the public’s safety, tell them you’ll have a double Lysol on the rocks.

— Jordan Lackey is a staff writer and journalism major

Satire: Read if you dare: Prominent figures condemned to Dante’s 9 levels of hell