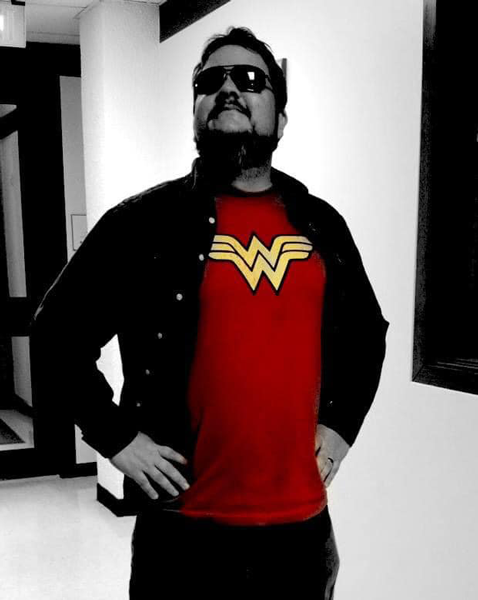 Danforth poses with a Wonder Woman shirt on after losing a bet to Liliana Rodriguez. She does not remember what the bet was but said he lost and had to wear the shirt even though it was too small. Photo courtesy of Liliana Rodriguez

David Danforth, Eastfield’s former Digital Media Technology program coordinator and faculty, will be remembered for his obsession with Star Wars, sense of humor and the impact he had on his students. He died on Saturday, May 16, after an extended illness. He was 48.

Danforth, also known as “Digital Dave,” joined the Eastfield faculty in 2001 and was a charter member of the Convocation Committee.

Shane John, one of Danforth’s former digital media students, said Danforth was both a friend and mentor to him.

John said he was looking for direction when he came to Eastfield in 2014.

He’d failed all of his business courses at the University of North Texas and didn’t know what to pursue next. He enrolled in a couple of Danforth’s design courses. He said Danforth praised his work and encouraged him to keep going, even offering him a job as his lab assistant.

“He taught me so many skills,” John said. “How to talk with clients, how to price things, just how to be on time, have your act together. He was always my cheerleader. … He always created opportunities for me.”

John went on to earn a bachelor’s degree in film making from University of Texas at Arlington. This year he started his own production company. He said he wouldn’t be where he is today without Danforth’s influence.

“Every time I design something or any time I do anything, I think of Dave in the back of my head,” he said. “I wish I could show him like ‘Hey, this is what I’ve done through everything that you’ve helped me with.’”

Liliana Rodriguez, senior manager of graphic communications at Eastfield, had Danforth first as a professor and then as a coworker. 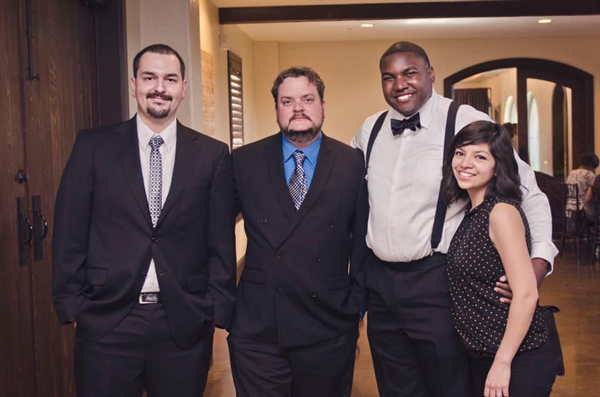 From left to right, Jose Lopez, David Danforth, Jarrod Ausborne and Liliana Rodriguez pose for a photo at Ausborne’s wedding on June 13, 2015. All of the people with Danforth in this photo were his former students. Photo courtesy of Liliana Rodriguez

She remembers Danforth bringing tacos for the whole class. Rodriguez said he was always looking for ways to build relationships with his students.

“He knew their life stories, their struggles,” she said. “He went beyond just you sitting in his class or you having a problem with the project. He was more than that. He really did … make those connections with the students and help them in any way he could.”

As coworkers, Rodriguez and Danforth had offices right next to each other.

Rodriguez said people frequently came into Danforth’s office just to talk to him.

“He was like a combination of a friend, a goofball, but also he had that listening ear,” she said. “He was the best listener. … He was just very easygoing and understanding of people. He accepted everybody.”

Rodriguez said she and Danforth knew each other’s children and spouses and felt like a part of each other’s families.

Rodriguez said when she was expecting her first child, Danforth designed a ninja-themed invitation for her baby shower.

Danforth played Kylo Ren at Eastfield’s 2016 Fall Convocation, which was on his birthday.
Video courtesy of Lauren Shafer

As former executive dean of the Arts and Communications Division, she worked closely with Danforth in his role of program coordinator. She said sometimes he would go into her office when she wasn’t there and take pictures of himself on her phone. 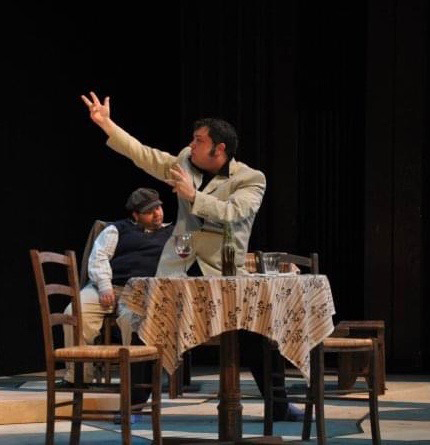 Danforth playing Elvis in Eastfield’s production of “Picasso at the Lapin Agile” at the 2010 spring convocation. Photo courtesy of Rachel Wolf

“I have a couple of selfies where he’s just making ridiculous expressions,” she said. “He just was a very playful person.”
Wolf said Danforth was also a wonderful actor. He played the role of Elvis Presley in Eastfield’s 2010 spring production of “Picasso at the Lapin Agile.” She said, “he was the perfect Elvis.”

Wolf said Danforth brought a lot of energy and enthusiasm to the classroom, and his students loved him.

“Dave was tremendously funny, easygoing and warm-hearted, but he took his work seriously,” she said. “He took being a father very seriously. He was very proud of his daughters and very committed to his family. An all-around great guy and it’s a sad loss, both to have him no longer at the college and no longer with us.”

Danforth is survived by his former wife, Meridith McLarty; daughters Sidney and Savannah Danforth; his father and stepmother, Richard and Patty Danforth; his stepfather, Barry Bryan; and two brothers, John and James Danforth.

No services were held in Danforth’s memory. He wished to have his ashes scattered on the beach and in the water at Pemaquid, Maine.