Pandemic hastens one college; initiative still displeasing to some 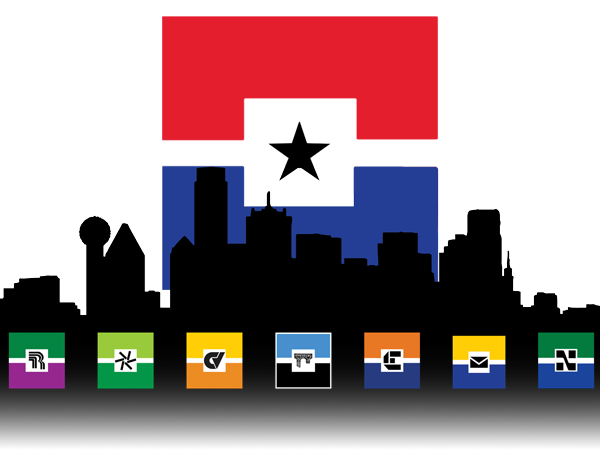 As COVID-19 continues to keep most of the country on pause, the move to one college by the Dallas County Community College District has been expedited.

Two interim positions that were created as a part of the new one college organizational chart — provost and vice-chancellor of student success — have been filled due to campus closures across the district.

Linda Braddy, president of Brookhaven since Nov. 3, is interim provost and will act as the chief academic officer for all programs of study. Joe Seabrooks, president of Cedar Valley, is interim vice-chancellor of student success.

On top of the new positions being filled, four areas — marketing, human resources, facilities and finances and information technology — have all begun to consolidate.

Chancellor Joe May said the decision came because the district needed to speak from one voice during the crisis. He added that one of the colleges, which he would not name, was telling students that classes were canceled for the semester.

“While we were not moving towards one college in anticipation of anything like this, it actually turned out that the design of that really made it easier for us to respond, which is why I went ahead and appointed an interim provost and interim vice chancellor for student success so we could coordinate things more easily among all the colleges,” May said in a telephone interview with The Et Cetera. “So it allows us all to work collaboratively together on it and … when we dealt with it seven different ways, it wasn’t going to be consistent or in the best interest of students.”

The initial decision to move forward with one college came at the Board of Trustees’ meeting in August. Currently, all seven colleges are accredited separately. This initiative, once approved by the accrediting agency, will make the district a single institution.

In preparing to become one college, the district has created a new hierarchy in administrative positions, changed its name to Dallas College — although it will not be publicly marketed until after approval — and has released a model for a new academic structure. This new framework will create seven new “Schools of” for separate academic departments that’s similar to the Guided Pathways model.

On March 31, a talent pool was opened on the one college SharePoint page that allows qualified DCCCD employees to apply for the new positions.

The district’s accrediting agency, the Southern Association of Colleges and Schools Commission on Colleges, has canceled their June 11 meeting, due to the novel coronavirus, and moved it to August. This meeting is when a decision will be made on whether DCCCD’s plea to be a single institution is approved or denied. However, there is a possibility SACS will have the meeting virtually, Executive Vice-Chancellor Justin Lonon speculated.

Braddy, who is now the chief academic officer for all seven colleges, compared her new role to the executive vice president for academic affairs at each of the colleges, but for the entire district rather than one campus.

“What I really love about the one college structure and the fact that we’re going ahead and doing it now is that it helps to ensure … equity for our students and for our employees,” she said. “No one is going to be disadvantaged because of a decision made on one campus versus a decision made on another campus.”

Braddy clarified that no one intentionally would make a bad decision but added that when each college makes a different decision, it can cause inequities.

Chief Innovations Officer, Tim Marshall, who is now the head of all the colleges IT departments, said the transition has been seamless because each colleges’ IT has worked well together for the past five years. He added that while most of the hardware will remain the same, the move to one college will allow things like purchasing to be done on a larger scale rather than for one or two campuses.

“This situation kind of forced it with having to be remote from campus,” Marshall said. “It kind of broke down those demographics that you live with when you go to an office and only serve a certain population. Now that we’re all working remotely and moving to one college, all of our resources, say a help desk technician, that maybe only worked at Eastfield, can now solve problems for anybody across the district because we’re kind of coordinating all of that help desk activity.”

English professor Michael Morris said moving forward with one college during this pandemic adds more stress and chaos to people’s lives. From deans, whose positions are uncertain at this time, to faculty and staff, who he said are already stressed from adjusting to working remotely. On top of that, Morris said the constant chain of emails that he receives every other day from the chancellor and an interim provost that he doesn’t know adds to the tension.

To him, everything the district says makes it appear like the transition to one college is wonderful. Morris added that the decision to become a singly accredited institution came before anyone knew about a pandemic and that the choice was made without any real input from staff and faculty. He continued by saying the district made it appear like they were listening to the concerns, but that if they were, no real adjustments were made. Something he said is typical of May.

“My issue has been that the chancellor, and to some degree president [Tealer], have made decisions for other people and then gotten input from them after the fact,” Morris said. “It’s kind of a fallacy of democracy. It makes it sound like we had our say and just happened to lose.”

Faculty, staff and administrators were invited to attend a world cafe on Dec. 6. These were marketed as a way for people to “join the conversation on becoming one college,” according to the email from President Eddie Tealer on Nov. 7 inviting employees to attend.

Another method of answering questions and taking feedback that the district employed was through the vice presidents. Before Eastfield closed, Vice President Mike Walker gave updates on one college to staff, faculty and administrators.

Morris said when these were conducted no answers were provided. He added that faculty were just given reasons why the district was making the change.

For faculty, Morris said the transition to one college seems like it will take away academic freedoms from professors, which he said have been chipped away by the Board and Chancellor over the years. He added that when someone does raise a concern or objection, they are told that the district doesn’t know what the outcome will be and that they will have to wait and see.

Morris said when that time comes, it’s already a part of the system. One example he gave was the expansion of the Early College High School program.

Over the past four years, the ECHS program, which allows students from Bryan Adams, Grady Spruce, Samuell and Seagoville high schools to take classes at Eastfield, has nearly tripled. In fall 2015, the total number of students enrolled in this program was 236, whereas in fall 2019 it was up to 772, according to the Fact Book compiled by the Office of Planning, Research and Institutional Effectiveness at Eastfield.

As the program has grown, Morris said some faculty have brought up issues with class management, whether these students are prepared for college-level courses and the overall changing dynamic of classrooms. He said May and Tealer are both aware of these issues but continue pushing to grow the program without addressing the problems.

“When people in positions of power do that, they make the people under them feel helpless,” Morris said. “Doing this on top of the pandemic, it may not be this way, but it looks like they’re just taking advantage of us not being there to tell them no.”

To submit questions or find more information about one college, visit the District’s SharePoint page, dcccd.sharepoint.com/sites/OneCollege.

Diversity efforts please some, disappoint others