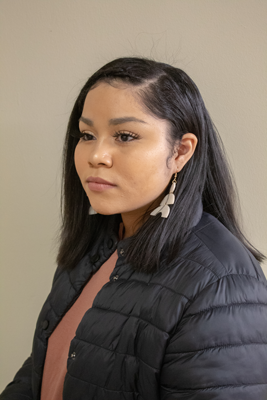 Faith Smith, a social work major, was placed in a foster home at age 14 and through the help of various people, is planning to transfer to the University of North Texas this fall to major in social work. Photo by Baylie Tucker/The Et Cetera

Faith Smith stood outside Skyline High School with all of her possessions stuffed into a few garbage bags that she carried with her.

She was scheduled to take the SAT that day, but there were other things on her mind.

Two days before her mother had thrown an iron at her, burning her on the leg.

The previous night she had come home to find everything had been taken out of her room.

A counselor at Skyline listened to Smith’s story and called Child Protective Services.

At 14 years of age she was placed in a foster home.

For the next two years Smith was in and out of foster homes.

Eventually she was placed with her adult sister, where she has been ever since.

Six years later, Smith is in her final semester at Eastfield. She is transferring to the University of North Texas to study social work this fall. 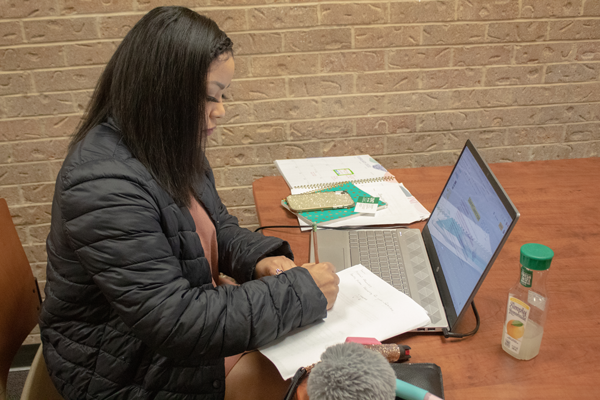 Smith has found hope in her relationship with God and the help she has received from other people.

“Even though you’re going through all this stuff, there’s people out there that can help you,” Smith said. “You just need to reach out and talk to people, but at the end of the tunnel there’s always light.”

Smith said one of the most frustrating things for her about being in foster care was when court hearings interfered with soccer practice.

“That was what relieved my stress [was] playing soccer, so whenever I wasn’t able to go to soccer practice … I would just close off to everybody,” she said.

Smith said a court appointed volunteer named Joan Wu helped give her a different perspective on life and.

She also helped Smith work through pain from her past.

“I was just having trouble trying to forgive my mom,” Smith said. “Joan was the one to help me pray and she would help me look at … stuff in a positive way.”

When it came time for Smith to look into college options, Wu suggested Eastfield and helped her apply.

Statistics from the Pew Trust show that only about 20 percent of young people who have been in foster care attend college. 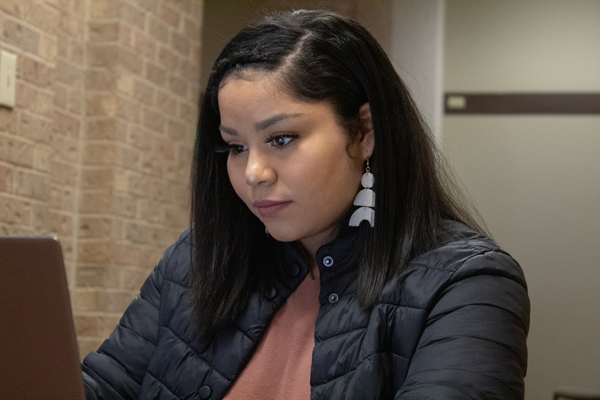 Eastfield counselor Jaime Torres said one of the reasons for this may be young people who have been in foster care do not always have someone to help them navigate the higher education system.

“I think that it definitely helps to have a champion,” Torres said. “It doesn’t have to be a parent, as long as it’s someone that says ‘I’m working with the student to help make sure that they dot every I and cross every T, that they are completing whatever forms that need to be filled out.’”

One person who has championed Smith during her Eastfield journey is foster liaison Joel Klump.

He helps incoming foster students fill out the College Tuition and Fee Waiver so they can receive the free tuition available to them in Texas.

He also keeps in touch with them and tries to help them with whatever they need while they are at Eastfield.

Smith said even though she doesn’t get much support at home, her professors and Klump have assured her that she is doing a good job and encouraged her to keep going with her studies.

“I’ve had a good [Eastfield] experience,” Smith said. “Whenever you’re in foster care I feel like you just want somebody to be proud of you.”