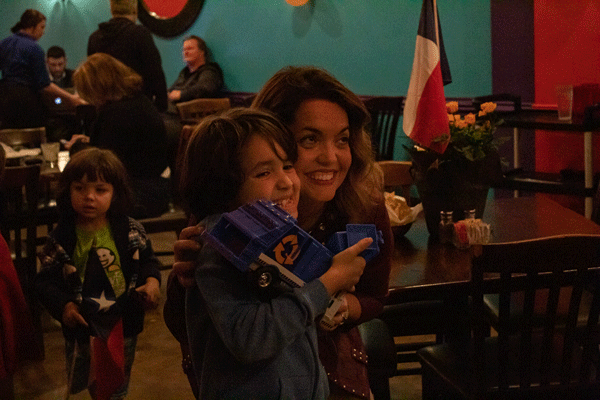 Joanna Cattanach will likely get a second chance at becoming the representative for Texas House District 108. 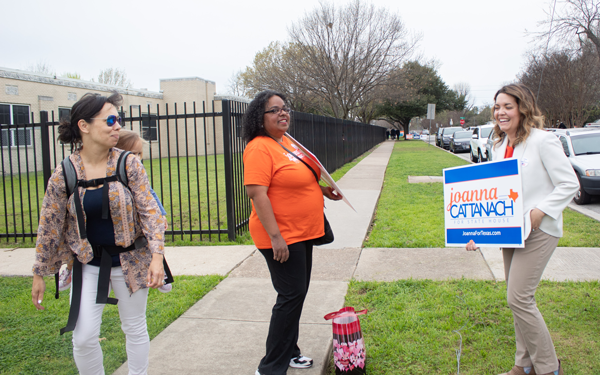 Late Tuesday night she was well on her way to securing the Democratic nomination with 58.4 percent of the vote and 58 percent of precincts reporting.

Cattanach, who is an adjunct broadcast journalism professor at Eastfield, lost to Republican Morgan Meyer by 220 votes in the 2018 general election. After the defeat she vowed to “finish what we started” in 2020.

“This momentum and this effort and all this that we built together, I wasn’t going to just walk away from it,” she said, “especially when it came down to that close of a margin.”

Since conceding her race to Meyer, Cattanach has worked hard to improve her campaign strategy. She started contacting voters earlier than anticipated, worked with more volunteers and improved her fundraising efforts.

One of the biggest challenges for Cattanach has been fundraising.

Her closest challenger, Shawn Terry, is an investment banker and a former Republican who outraised her 2 to 1 in campaign contributions.

“Money does not win elections,” she said while watching election results during her watch party at Matt’s Rancho Martinez in Dallas. “It’s a factor but it’s not [the only thing], and no matter how many times we said it, nobody would believe it until election night results come out.”

Terry was second with 26.59 percent of the vote at press time Tuesday, and Tom Ervin was third with 14.94 percent. 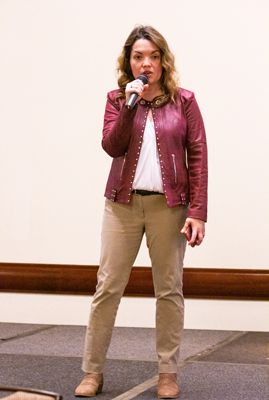 Joanna Cattanach thanks voters at the Dallas County Democratic watch party for their support after hearing she had gotten 58 percent of the early vote. Photo by Anthony Lazon/The Et Cetera

Instead of letting money drive her campaign, Cattanach focused on voters and direct voter contact. She said her focus was to get in front of as many voters as she could with the right message.

“The fascination and total attention on money is exclusive to a donor class and often just a headline in the newspapers,” she said. “Most voters aren’t reading those headlines and aren’t in the donor class.”

“We will be talking about redistricting, health care, public education and common-sense gun legislation,” she said. Dallas social worker Nancy Rodriguez attended the watch party to show her support for Cattanach.

“I think that she is strong on the issues and is clear in her convictions and what she thinks matters, which is health care, education and reproductive rights,” Rodriguez said. “I feel that she is a strong candidate and is very clear in what she stands for.”

Also attending the party was Cameron O’Bannon, who has been a volunteer for Cattanach’s campaign, canvassing local communities and greeting voters at the polls.

“I’m really committed to taking back the State House in advance of 2020,” he said. “Joanna’s campaign seemed like a really great way to do that, and I’m excited about the possibility of winning those nine seats we need to win.”