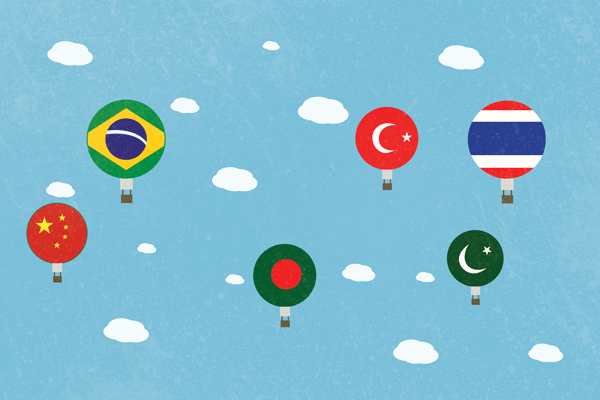 Eastfield is discontinuing English Speakers of Other Languages credit courses due to their consistently declining enrollment rates over the past five years.

ESOL courses are developed with the intent to further international students’ grasp of the English language in speaking, reading, writing and grammar.

ESOL enrollment was the lowest it had been since 2008, when Eastfield had no designated intake center and one ESOL adviser, according Eastfield records.

The current situation is that students are no longer attending ESOL courses, despite prominent success rates.

Rachel Wolf, associate vice president of academic affairs and student success, said students might be getting the instruction they need in developmental reading and writing courses and then not enrolling in ESOL.

Developmental reading and writing courses are similar to ESOL in that they both teach basic levels of English literacy, but only ESL and ESOL courses are targeted towards non-English speakers.

“Richland has an extremely robust, successful ESOL program that has targeted advising and very intentional student support services surrounding it,” she said. “Unfortunately, I really don’t think it has anything to do with the faculty.”

Richland’s enrollment for ESOL courses in fall 2019 was 1,717 students.

Reem Soliman, a former ESOL professor who teaches economics, said at the peak of ESOL enrollment, she had up to 22 students in a class, when the maximum number of students was usually 17. She said she then went to having four or five students in a class.

“We were very creative in terms of linking classes wherever we could,” Soliman said. “If we had a level one writing class and a level one reading class, we’d schedule them at the same time, so we were still able to at least offer that class so those students could progress. But at a certain point, that’s just not viable.”

“It’s not affecting graduation rates, really,” she said. “It’s more so affecting staff teaching those ESOL courses, but you have to have the students to create those courses.”

ESOL courses were part of the Intensive English Program.

This program would teach two simultaneous 16-week courses, while also teaching two separate eight-week courses of progressing levels, all in one semester.

Students could complete all required levels of study in one year.

English professor Nina Lambert, majored in English back in her native county of Russia. She said her gut instinct is to be against eliminating any classes, but recognizes that’s not an entirely logical option.

“I would like to not limit enrollment in a class at all, as people should always have access to learning as much as they want,” Lambert said. “I believe the school also needs to make decisions based on demographics, based on demand for those classes and based on budget.”