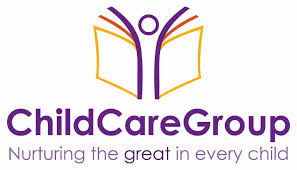 Eastfield has been in talks with ChildCareGroup to outsource the Children’s Laboratory work in the K Building to CCG. Photo Courtesy of ChildCareGroup

Employees of the Children’s Laboratory School at Eastfield have been guaranteed jobs with matching pay when an outside company takes over the child care program, according to President Eddie Tealer.

Parents currently using the service, who would not qualify for federal chid care assistance, will be allowed to stay until December 2020.

Questions still remain as to whether employees will receive the same benefits and retirement plans.

Both employees and parents have been uncertain about the future of the lab since it was announced in August that the management would be outsourced to ChildCareGroup.

Since then there has been a series of discussions between administrative officials from Eastfield and CCG with parents and employees.

[READ MORE: Campus child care set to be outsourced: K Building staff to be laid off amid reorganization]

A contract has yet to be signed between the two parties, but a presentation from Tealer and CCG President and CEO Victoria Mannes during the Dallas County Community College Board of Trustees’ Finance Committee meeting on Nov. 5 offered new insights into the proposed deal.

CCG will use the federally funded Head Start and Early Head Start programs, which provides affordable or free child care to low-income families. Tealer said the new services will be more accessible to students.

“I think it’s going to be really well received by our students,” Tealer said to the board. “From just some of the conversations when I have my roundtables every month directly with the students, we talk about barriers. Child care comes up almost every time.”

The Children’s Laboratory is a child care service run by Eastfield staff members. Eastfield employees and members of the public use the service by paying tuition that averages $845 a month.

Tealer quoted a national review released in August from the Government Accountability Office, which showed that 22 percent of undergraduates were parents in 2015-16, and 52 percent left school without earning a degree in 2009. Students without children had a dropout rate of 32 percent.

A survey conducted by DCCCD last spring showed that 1,176 students at Eastfield expressed interest in learning more about child care, which is 7.3 percent of the student population.

The Children’s Laboratory School is currently being utilized by 27 families, with one being a student and 11 being Eastfield employees.

Trustee Dorothy Zimmerman questioned the low enrollment numbers during the presentation and said she saw a lot of space not being used during a tour. Tealer responded by saying the partnership aims to utilize more of the empty space. He said there are currently five empty classrooms that could accomodate another 84 children.

“The way the model is built right now, we do not reach that capacity,” Tealer said to the board. “Our current students are not able to take advantage of this facility. And we know that’s one of the high needs or barriers for our students.”

CCG is not expected to take over the Children’s Laboratory School until Jan. 1, 2020, and the deal would require a one “one-time payment” of $25,000 to CCG from the district to continue serving tuition-based attendees and to keep the tuition rate consistent through May 2020.

However, there will be a “modest tuition increase” beginning on June 1, 2020, Tealer said. Trustee Charletta Compton asked if there was a percentage in mind for the increase. Mannes said they had not discussed it.

“But we know there is a modest increase that would be somewhere between 25 and 40 (dollars) a week,” Mannes said to the board. “We haven’t modeled all the numbers yet because we have to look at how many families that are currently enrolled would remain after May.”

Not everyone is happy about the changes. Lisa Pound Hicks, who has worked for the children’s laboratory for over two decades, decided to retire rather than deal with the changes.

“It was done in a really poor manner,” Hicks said. “I’ve given half of my life to Eastfield … and it was like, ‘You don’t matter.’ That’s the hardest part of it all. That’s how you get thanked for your loyalty.”