More than half of millennial voters went to the polls during the 2016 election, and the number of college students voting in midterms doubled from 2014 to 2018. Move Texas, a nonprofit organization whose main goal is to register young voters, hopes to see those numbers climb even higher in the 2020 election. Business administration major James Ingram has been an intern with Move Texas since August and has already helped the organization set records for registering voters. Ingram sat down with Hunter Garza of The Et Cetera to discuss his work with the organization and his own goals. 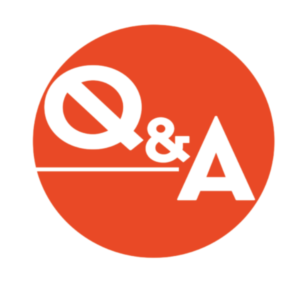 What is the main goal of Move Texas?

Move Texas is a nonprofit, nonpartisan, grassroots organization. What we do is try to get younger people involved when it comes to voting. We strive to give everyone an opportunity and a voice. (We recruit) anyone that’s not included, such as minorities or LGBTQ+ as part of the Move family, and then we can reach out and touch all those different demographics.

We’re nonpartisan, so we don’t tell people which political party to vote for or which candidate to side with.

How did you get started with Move?

Initially, Erica Elliott, the organizing manager, came to Eastfield. I had already been interested in getting active with civic duties, so when she explained what Move was, I basically fell in love with it.

What does a typical day look like for you?

I’m a full-time student, so I go to school every day. Move has a lot of events every day because we are state-wide. There’s always something to do or something going on. Today, for example, I got out of class and drove directly to Richland College to work a table event for their student government to help register people to vote. Along with getting people to vote, we also make sure they know when the next election is in their counties. … Usually, in between my classes, I’ll stop by some other classes to spread the word and get people to register.

What obstacles do you think Move faces as an organization, and how can you overcome them?

Honestly, the biggest obstacle is the fact that younger people don’t think their vote matters and that’s always a bad thing. When we have our table events, we always have a diverse group of people. Sometimes we try to talk to people and reach out, and they act like we’re not even there. At the end of the day, we’re still people and all we want to do is get people involved and give them a voice. … We do a lot of different things to get people to register. However, we cannot incentivize anyone to vote, so we basically just try to get as young and diverse a group as possible.

Do you think students at Eastfield are more or less receptive than other schools you go to?

Honestly, so far at Eastfield, it’s been a pretty good group. Teachers try to be active and engage students in stimulating conversation, which is always a plus. As students, if a teacher makes you do something, you’re not going to be as interested as if you went about it on your own. It’s always going to be tedious, but teachers help us out by informing students on topics that we may not have covered.

[READ MORE: Green up your act: Help make the world a better place with these facts and tips]

What are some issues that students may not realize are affected by their voting or lack thereof?

That’s actually a perfect question. Not everyone knows, but they should, about the new law that was implemented this month that makes it illegal for anyone under the age of 21 to purchase tobacco products. When I was working a table event, someone came up to me and said, “Is it for real that you have to be 21 or older to buy tobacco now?” I said, “Yeah, that’s actually a law now.” Their response was, “Well, why didn’t anyone say anything about it?” I replied, “We did. We tried to get people civically engaged and let people know what’s going on, but no one cared.”

What do you do aside from working with Move and going to school?

I work in real estate under my mentor. We purchase properties together. I generally do quick flips, and sometimes my mentor decides to turn them into rental properties. Aside from this we do a lot of donation work.

For example, one property we purchased was a condemned church. We then donated it to a small church that could use it. I am also a home health aide.

What are your plans after Eastfield?

After Eastfield I plan on transferring. Initially my plan was UT Austin because I had great scholarship opportunities. However, recently I’ve been looking into other schools that are basically giving me better options. So, I’m hoping I can land a complete scholarship plus more grants so I won’t have to take on as heavy a workload and I can focus on school exclusively.

I’ve already helped open several businesses within the last three to four years. Some examples of what I’ve helped open are a trucking business, a salon and a neighborhood market. I’ve also helped my brother run a few of his businesses, and I plan to be a business owner myself.

Who is your biggest influence?

One of my biggest influences would have to be my late father. Before he died, he was a retired civilian military veteran. He was always an influential and guiding light for me. He’s the one who gave me my relentless personality. Because of this, I will persevere through anything. I don’t care what the obstacle is. Everything I want in life, I’m going to achieve it, and that is because of him.

Propositioning the people: 10 proposed amendments to the Texas Constitution

By BRIANNA HARMON @ItsBHarmonETC As coach Paul Tate welcomes in his first recruiting class, he hopes to build on success of last season. With only seven returners, the Harvesters will look to the freshmen to […]

By James Hartley Texas voters who cast early ballots for Tuesday’s primary elections more than doubled 2012 early voter turnout. This is the first year Texas has voted on Super Tuesday, having voted as late […]

By SKYE SEIPP @seippetc Tuition will increase in fall 2020 after the Dallas County Community College District Board of Trustees approved an agreement with the Follett bookstore on Oct. 1 to include textbooks with the […]