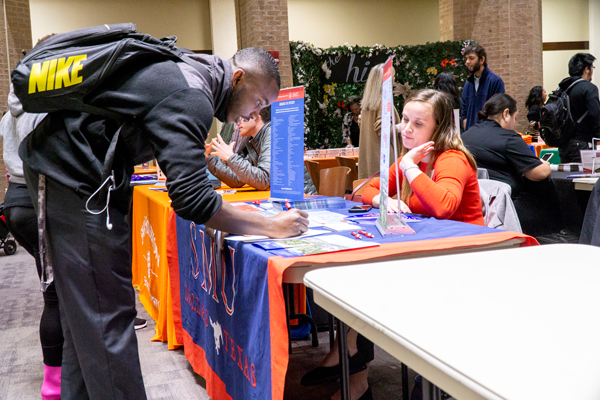 Community college students can keep the majority of their credits when they transfer to four-year universities now, thanks to a new piece of legislation signed June 14 by Gov. Greg Abbott.

Sen. Royce West (D-Dallas), the author of Senate Bill 25, said in a telephone interview that he had been working on the bill over the course of three legislative sessions. He was concerned that students were losing time and money in the transfer process.

Royce said he had received complaints from parents whose college-age children had lost credits when transferring from community colleges to four-year institutions.

“It became real clear to me,” West said, “that when we began to look at the number and the amount of lost semester credit hours and the cost associated with it, this was a real problem.”

[READ MORE: Lawmakers narrow down priorities as session comes to a close]

In 2017, $60 million was spent on course credits that wouldn’t transfer, according to the Texas Higher Education Coordinating Board.

SB 25 seeks to provide a solution to this problem by setting down new rules for public universities and community college students.

“The bill … mandates that they must take the core 42,” he said. “They must take it regardless of the program of study, and it’s the institutions’ job to figure out how to substitute it.”

The core 42 referees to the 42-hour core curriculum for all undergraduate degrees set by the Texas Higher Education Coordinating Board. The core covers nine areas of learning, but each institution may decide which courses apply to each area.

If a university does not accept a community college transfer credit, SB 25 requires them to report the reason why to the Texas Higher Education Coordinating Board and the state Legislature.

The bill also requires all public universities to provide a recommended course sequence for each of their undergraduate degree programs.

“Knowing what courses you need to take and how those courses should be stacked on top of one another will better enable you to go through and hopefully graduate in a timely fashion,” West said.

The bill also stipulates that students should file a degree plan by the time they reach 30 credit hours. According to West, making this decision early on will help students be intentional about choosing courses that fit their degree plan.

SB 25 only applies to public institutions, but some private schools may be transfer- friendly as well.

Kim Herman, SMU’s director of transfer admission, said her school has policies in place that help to facilitate the transfer process.

“We are looking to transfer in all credits that are college-level credits,” she said, “as long as they are not vocational or workforce or developmental. So all those credits do transfer and apply if we have an equivalent course.”

McDuffie said that Eastfield is addressing the issues covered in SB 25 by providing more resources to help students identify their program of study.

The new six-step enrollment process and Guided Pathways are part of this initiative.

Transfer Tuesdays is another program that has been implemented to guide students through the transfer process by bringing representatives from universities to Eastfield on the first and third Tuesdays of each month.

“We’re working very diligently … so we’re all on the same page and figuring how we can work together to make this a reality,” he said.