Lawmakers narrow down priorities as session comes to a close 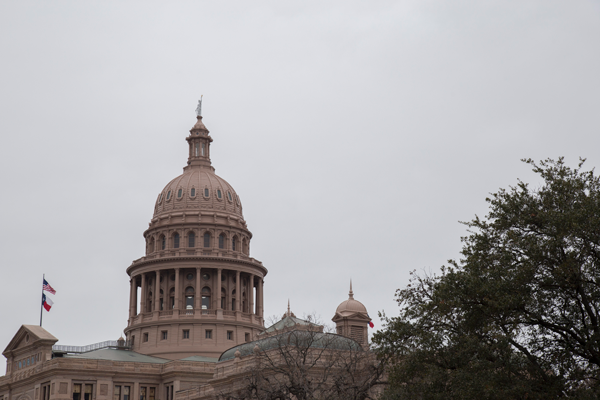 Texas legislators have less than a month left to reach an agreement on the proposed bills until the next legislative cycle in 2021. Photo by James Hartley/The Et Cetera

Isaac Faz, chief legislative counsel for the Dallas County Community College District, said that bills that haven’t moved out of committee at this point will likely die there.

Funding, property tax reform and college credit transfer rules have received a lot of attention from the DCCCD while marijuana, beer and voter ID laws are of interest more broadly.

One of Gov. Greg Abbott’s top priorities for the 2019 legislative session is a reform in property tax law. Senate Bill 2, which would reduce the property tax increase rollback rate from an 8 percent increase to 3.5 percent, was passed 19-12 on April 15.

Faz said this law would have cost the DCCCD more than $21 million had it been in effect four years ago. That would have a major impact on the operations of the district, Faz said.

“Overall, we understand saving the property owners want in their taxes,” Faz said. “There are a lot of high property taxes in Dallas, as we understand it. That’s why the chancellor and our board have said whatever the highest amount of exemptions for homestead we want to do it. … I think we’re being really fiscally responsible as the DCCCD.”

All Dallas County governments in 2018 offered a 20 percent homestead tax exemption and a $69,000 exemption for residents 65 and older and those with disabilities.

The DCCCD was the second lowest tax rate among Dallas countywide taxes in 2018 at 13 cents per $100 property value.

Parkland Hospital had the highest countywide tax rate in Dallas County in 2018 at 28 cents for every $100 property value. Property taxes don’t only impact homeowners. Landlords pass on property taxes to to tenants through rent. The bill is now in the hands of the House and is waiting to be scheduled for a vote. The House companion bill, HB 2, currently reduces the rollback rate to 2.5 percent.

The House has the option of ditching HB 2 and instead voting on SB 2 since the Senate has already approved it. SB 2 does not exempt the DCCCD from the law but HB 2 contains an exemption.

Faz said he expects Abbott to call a special session of the Legislature to address property taxes if the subject is not resolved in the regular session.

While lawmakers are considering reducing the property tax rollback rate, the state budget does include additional funding for the DCCCD.

Faz said that while the increase, more than the district initially requested, is appreciated, it won’t make up for funding that could be lost by lowering the property tax rollback rate. The DCCCD is currently expecting just under $189 million from the state for 2020 and 2021, $9 million more than the last appropriations. Faz said this could change before the state budget is approved, but that as it stands it will clearly have a positive impact.

Senate Bill 25 would help the DCCCD continue to make a positive impact on the community, Faz said.

The bill would make it easier for students to transfer credits from Dallas County colleges to four-year universities across the state, Faz said.

Higher education institutions across the state would be required to develop course recommendations for all undergraduate programs and report them to the Texas Higher Education Coordinating Board.

Students in high school dual credit programs would also be required to declare a major when they completed 15 credit hours under the bill.

Faz said SB 25 has a good shot at passing this Legislature. The Senate has already approved it and passed it on to the House.

Marijuana reform advocates were hoping for decriminalization of small amounts of the drug, but recent amendments to pending legislation simply reduce sentencing. Lt. Gov. Dan Patrick said the bill was dead in the Senate to begin with.

Under House Bill 63, approved by the House April 29, anyone caught with an ounce or less of marijuana would be fined $250. The change came after pushback from law enforcement and some conservative legislators.

Possession of this amount is currenlty a Class B misdemeanor. Under HB 63, it would become a Class C misdemeanor. The Senate companion, Senate Bill 156, has been stalled in committee since February.

Senate Bill 90, which aimed to broaden the legal use of marijuana for medical purposes, has also stalled in committee while its counterpart in the House, House Bill 1365, hasn’t been scheduled for a vote.

A bill that would allow students to use their college ID at the polls will likely die in committee, Faz said.

The bill, introduced by four Democrats in February, hasn’t made any progress since being referred to the House committee on elections in March.

The 86th legislative session kicked off on Jan. 8 and lawmakers have until May 27 to pass the proposed bills. Photo by James Hartley/ The Et Cetera

Texas’ voter ID laws have come under fire from Democrats as a form of voter suppression and were changed after a court ruling found that the laws discriminate against black and Latino voters.

Voters who cannot supply these forms of ID can cast a provisional ballot after signing an affidavit stating they are who they say they are.

“There’s a tendency maybe to not understand all that’s involved and maybe vote for a party that you perceive is going to give you a lot of stuff for free,” Iachetta said. “That’s the perception, in Texas at least, that the Democrats are all for freebies for people.”

Bills allowing craft breweries to sell packaged beer to go were added to a sunset bill allowing the Texas Legislature to review the policies and performances of the Texas Alcoholic Beverage Commission.

House Bill 1545 has passed the House April 26 and is scheduled for a public hearing in the Senate May 7.

Other measures to expand the hours beer and wine may be sold on Sundays.

Craft breweries in Texas cannot currently sell their own bottled or canned beer for consumption off the breweries’ property and sellers must limit beer and wine sales between noon and midnight on Sunday.