Electronics professor Clay Rawlins, a faculty member since 1972 remembered for his care for students, love of steam trains and Bob Dylan, died March 26 of complications from throat cancer. He was 70. 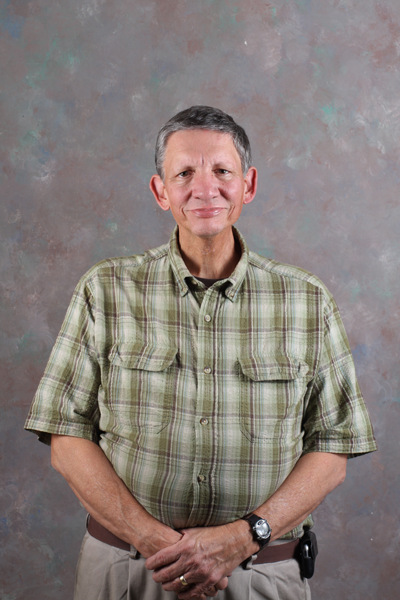 Rawlins, a Naval Air Force Reserves veteran, was a genius electrician, according to his best friend and co-worker Chuck Dale.

He and his son, Rusty Dale, still teach in Eastfield’s electronics and mechatronics program.

“Clay is who made this program what it is,” Chuck Dale said. “His focus wasn’t on higher education but on impacting lives. That’s all he cared about.”

Education was one tool Rawlins used to make that impact, Chuck Dale said, but the classroom wasn’t where his interest in students stopped.

“Our philosophy was to recruit, educate and place,” Chuck Dale said. “We didn’t just stop when they left the classroom.”

Rawlins would keep up with his students for years after they graduated the program and help connect them with employers.

Students still return to Eastfield to update Rawlins and Chuck Dale on their success after the program.

Rawlins was born to Robert E. Rawlins and Juanita Rawlins in Dallas June 25, 1948.

He graduated Richardson High School before getting a degree in electrical engineering at SMU and later a master’s in vocational education from Texas A&M-Commerce.

The family suggests donations to the American Cancer Society. In addition to teaching at Eastfield, Rawlins worked from 1974 to 1980 as a full-time faculty at Mountain View College.

He began full-time career at Eastfield in 1980.

Chuck Dale was the head of the program when he and Rawlins first met.

Rawlins came with his wife to tour the facilities when Eastfield opened in 1970, taking a break from his work helping make sure pavement on Dallas-Fort Worth International Airport runways were properly done.

Chuck Dale said he didn’t know when he met Rawlins that the two would become best friends.

Rusty Dale said his dad and Rawlins had absolute opposite personalities — Rawlins being quiet and reserved while Chuck Dale is more outspoken and a louder man — that’s one of the reasons they were such good friends and worked so well together.

The thing that truly mattered was their shared devotion to students in their programs.

“When Clay was here, and even when he was at home, this is where he wanted to be,” Rusty Dale said. “He could have retired years ago and walked away from this, but his entire purpose in life was to be here and be in front of a class and teach these kids.”

Arch Dye, a professor in the electronics and mechatronics program, said one of his favorite things about Rawlins was his excitement at learning anything new and how talented he was at relaying that knowledge.

“He was taking a graduate math class and he came in and said, ‘Hey, can we talk about this?’ ” Dye said. “It was just this little piece of paper that showed the way the metric system worked. … I can remember him, he was always like, ‘Here’s something I learned,’ and he was always excited about it.”

Chuck Dale said Rawlins was his go-to guy for information of any kind.

“People today have Google and Siri,” Chuck Dale said. “I could always go to Clay and say, ‘How do you do this? And how do you do that?’ ”

At times when Rawlins didn’t know the answer to a question, he would go home and research it that night, coming back with the solution the next day.

Chuck Dale delivered the eulogy at Rawlins’ funeral, where those who knew Rawlins overflowed from the chapel at Restland Memorial Park into the cold, whistling wind March 30.

“I have lost the best friend I have ever had,” Chuck Dale said at the funeral, holding back tears. “He was a marvelous guy. I don’t think we ever had a cross word between us, we also enjoyed seeing each other. It was just an unbelievable friendship.”

Rusty and Chuck Dale both said Rawlins’ love for family outweighed everything else in life.

Rusty Dale said the happiest he had seen Rawlins in a long time was when he announced a few weeks ago that his son, Tim Rawlins, was engaged to be married.

“I think that was the most excited I had seen him in I don’t know how long,” Rusty Dale said.

The Rev. James Cole, who delivered a sermon at Rawlins’ funeral, said his most important qualities were love for family and kindness toward others.

A quiet man most of the time, Rawlins’ true-to-life sense of humor was a surprise to some who had just met him. Cole said he had only known Rawlins about eight years, but he felt he knew him well.

In addition to his love for family, his passion for any work he did was a defining characteristic of Rawlins. His textbook, “Basic AC Circuits,” is still used today across the nation, according to Chuck Dale.

“He was especially proud when they laid the runways at DFW,” Cole said. “They’ll be there for many decades, many years, longer than any of us. There will always be a little bit of Clayton with all those people flying in and out of DFW airport. But the thing he will be most remembered for is his love for family.”