Community colleges from across Texas are making their way to Eastfield as the Texas Community College Speech and Theatre Association festival will be hosted at the campus for the first time.

The festival is set to take place Feb. 20–23, with Eastfield being the first of nine other schools to take the stage.

Students and employees should expect the parking lot outside of the F building to be full of vans and buses.

The TCCSTA is a collective of community college theater programs throughout Texas that come together once a year to perform an array of shows.

Community colleges that wish to perform at the festival simply have to pay a membership fee to join. The number of schools varies each year. 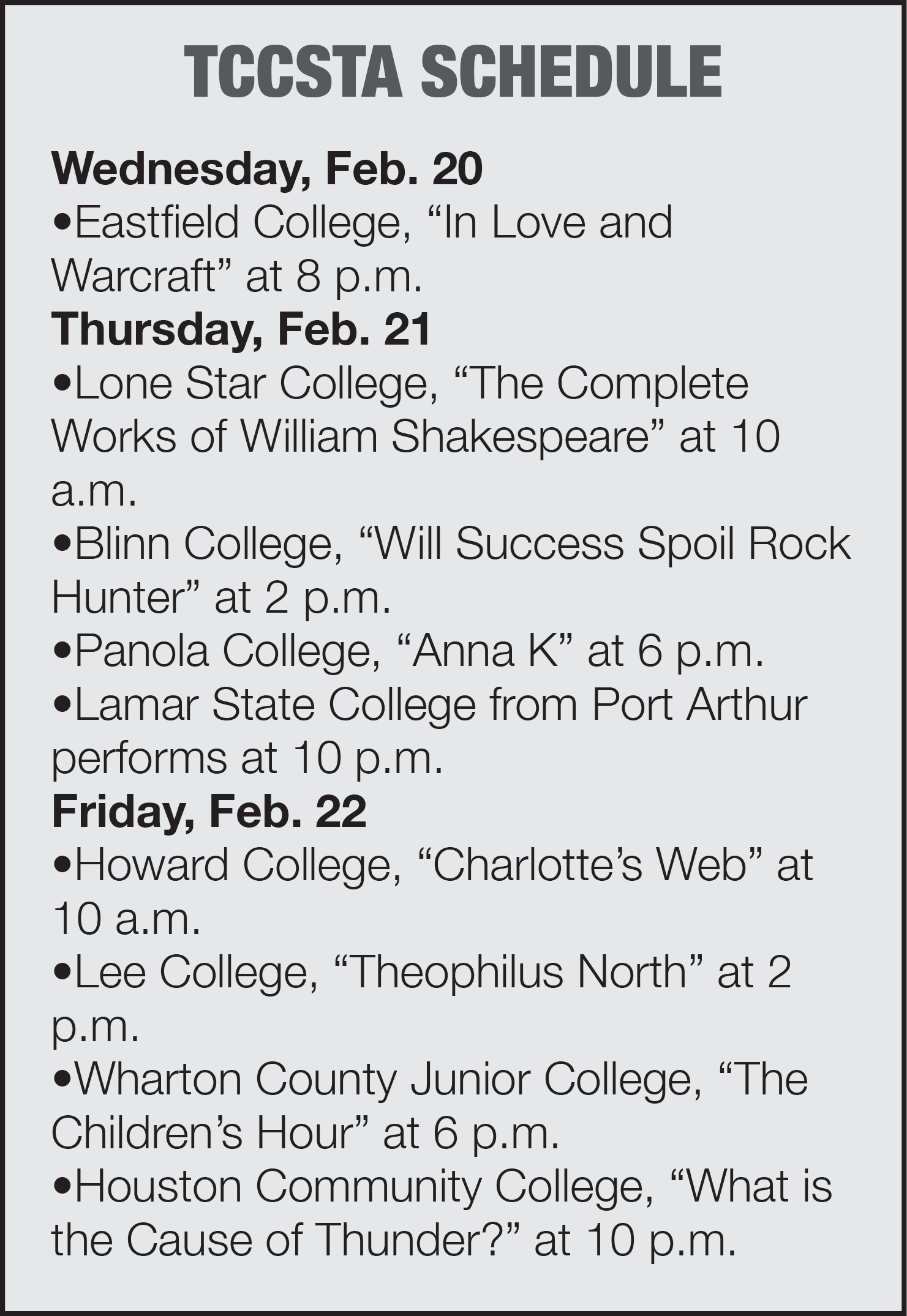 Each college will perform a 90-minute show in front of two judges, where at least six awards are handed out among the schools for superior or excellent acting and technical abilities.

The directors will also pick various aspects of the plays to give awards to, with no limit as to how many they can give.

Theater program coordinator Dusty Reasons Thomas said that the importance of the festival lies in the ability of students who are on the community college level to inspire one another.

“The festival is more of a celebration of theater as opposed to just a direct competition,” she said.

Actress Vashti Moffett, who has been a part of Eastfield’s theater department for a year and a half, believes the festival will be a great opportunity for students.

“Not a lot of people know Eastfield has a theater department, which is discomforting,” Moffett said.

Moffett believes that the festival is beneficial for students because it allows the actors to watch other performers, which she believes is the best way for an actor to grow.

“I would like to thank TCCSTA for recognizing us and just realizing that community college theater does have a voice,” she said.

Eastfield will be performing “In Love and Warcraft,” a contemporary comedy that looks at relationships during college.

The play follows the tale of Evie, a senior in college who has decided to live her life abstaining from having any type of emotional or sexual intimacy with another person.

She instead opts to live her life in the online game “World of Warcraft.”

Evie may not have the firsthand experience of romance, but her major in literature has given her the ability to write love letters.

The plot thickens when Evie begins falling head over heels for a man named Ryan.

With Evie’s wish to remain abstinent, and having no experience connecting emotionally, the story shows the struggle of an introvert coming out of her shell to form a real intimate relationship.

Actor Victor DeTerra, who will be performing in the TCCSTA for his third time, said the importance of theater is its ability to bring new perspectives to life using stories.

“When you boil this play down its about what makes you happy, and being comfortable with that and being able to share that with others,” DeTerra said.

Participants of the festival will have first priority of seating, Thomas said.