Two capsules of marijuana, one before work and one right after lunch. Then at night, part of a brownie to sleep. This is the daily routine that gave Pamela Schultz her life back.

Schultz, 65, has post polio syndrome that causes muscle weakness all over her body. She suffers from chronic pain, inflammation, insomnia and fatigue.

Taking marijuana allowed her to go from working part-time to working full-time, and she was able to stop taking many of her other medications.

Schultz had been taking controlled substances like oxycodone, which gradually became ineffective. Once the dosage didn’t work, doctors would try to increase it.

This revolution in Schultz’s life happened when her home state of Arizona legalized medical marijuana in 2011. She said that she had always kept her distance from marijuana and had very little knowledge of it until it became legal for medical use.

“As a matter of fact, when it went to voting to legalize medical marijuana, I voted against it,” Schultz said.

In the last 10 years, 28 states have loosened regulations on marijuana, either recreationally or medically, but only nine states: Alaska, California, Colorado, Maine, Massachusetts, Nevada, Oregon, Vermont and Washington, plus the District of Columbia, have fully legalized it.

Texas enacted the Compassionate Use Act in 2015, which allows the prescription of low-THC cannabis, but only for people with intractable epilepsy.

Marijuana is a Schedule 1 drug, alongside heroin, LSD and ecstasy, a classification that means it has the potential for abuse and is not accepted for medical use.

However, a Food and Drug Administration advisory panel has unanimously recommended the approval of an epilepsy medication made with an ingredient found in marijuana.

Schultz, the mother-in-law of Eastfield social work and substance abuse instructor Daniel Ramirez, said marijuana helped pull her out of a vicious cycle where doctors prescribed her all sorts of pills, including opiates, anti-inflammatories and fibromyalgia medicine to ease her symptoms.

Sometimes trying a new medication could be dangerous, like the time she took a sample of Cymbalta.

“I was in bed in a fetal position for three days, with one pill,” Schultz said.

As her condition progressed, she was becoming increasingly disabled. Finally, her family urged her to try medical marijuana. Family members who were very conservative and religious wanted her to try it, even her father.

“I would reach a point that I could barely move,” she said. “After eating, digestion would take up so much energy that I’d be wiped out. Literally wiped out.”

While Schultz can legally take medicinal marijuana at home, the conflict between state laws and federal laws makes it hard for her to travel with her medication. Schultz said these laws are discriminating against people who could be helped tremendously by marijuana, like people with epilepsy.

“It just blocks us into not being able to leave our state. That’s not fair.” Schultz said. “We shouldn’t have to jump through hoops or take the risk of taking it with us illegally and being caught by federal government.”

According to a survey conducted by Pew Research Center, 61 percent of Americans say the use of marijuana should be legalized.

“It’s people’s choice,” science major Darrian Bethea said. “I feel like you should have the freedom to do whatever you want to do… up to a point, as long as it’s not harming anybody.”

Bethea said making marijuana legal would allow organizations like the FDA to regulate it. And there is a problem that marijuana could help address – opioid abuse.

“Of course it’s not going to cure things, or solve all the problems medically, but it keeps people off pills,” he said. “We have a bad habit of overprescribing people
narcotic pills.”

According to a report in the Journal of the American Medical Association, medical marijuana may encourage fewer prescriptions for opioids.  In places where marijuana dispensaries opened, researchers saw a decrease of 3.7 million daily doses of opioids among Medicare Part D recipients.

“Let’s be real,” said Shaun McAlister, the executive director of the DFW National Organization for the Reform of Marijuana Laws, or DFW NORML. “Marijuana being listed as a schedule 1 substance alongside heroin is absurd. “

McAlister said prohibition isn’t keeping marijuana out of
anyone’s hands. Even children can go down the street and buy marijuana almost anywhere, he said, But it makes it harder for older people who could benefit to access it.

“We should treat it the same way we treat alcohol and cigarettes,” McAlister said. “Put it behind a counter so nobody can get it that shouldn’t have access to it through a government-issued ID and stop criminalizing people for possessing a substance that they want to have that they’re going to use anyway.”

He said the criminalization wasn’t based on protecting anyone because cigarettes and alcohol are both toxic, addictive and readily available across the country.

“Yes, it could always stand to be more studied,” he said. “But the lack of information about it is not so daunting that it should force us to continue to put people in cages over mere possession.”

While Ramirez acknowledges that some may benefit from marijuana, he is concerned about the effects it could have on society as a whole. 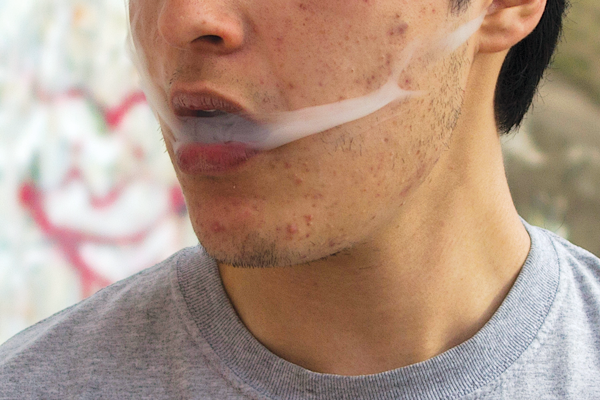 Even though there may be people using marijuana who are doing fine, they’re not the people he sees in his office as a licensed professional counselor.

At a marijuana roundtable event on April 16, he discussed what is known about medical and recreational marijuana. The conversation was mostly fact-based, but Ramirez shared his experience counseling marijuana users.

“I want my clients to have a functioning productive life,” he said. “There’s some people out there that I know already that are smoking it, they can’t function.”

“I don’t like to paint with a broad brush, because everybody’s different. One size does not fit all,” Ramirez said. “You can’t say that marijuana is a cure-all for everybody. I got a buddy, and you don’t want him smoking weed.”

The reason why the marijuana plant isn’t an FDA-approved medicine, according to the NIDA, is because “researchers haven’t conducted enough large-scale clinical trials that show that the benefits of the marijuana plant (as opposed to its cannabinoid ingredients) outweigh its risks in patients it’s meant to treat.”

Ramirez said if people want to make it legal, he’d like to see the decision left up to the citizens of states and counties, like what happened with the prohibition of alcohol.

When Schultz began taking marijuana, she had a caregiver, who in the state of Arizona is someone licensed to prepare or grow marijuana for patients, to help her decide how to best treat her symptoms.

She said she surprised her neurologist when she went back a year later.

“She could not believe it,” Schultz said. “And she said, ‘I really thought that it was going to be the same as all the other medicines. That a month or two later you were gonna stop taking it, because you’ve stopped everything else.’”

Schultz said marijuana is not a cure for everything.  She recently had carpal tunnel surgery in her hands, and it didn’t help with that. But it does help her with chronic pain.

She also doesn’t like feeling high. She prefers lower levels of THC, the chemical in marijuana that produces a high, and she goes to bed before her brownie hits at night.

Still, she receives care that her brother, who lives in Texas, cannot. Schultz’s brother has seizures. But she said the medication he takes is destroying his liver and has made him a completely different person.

“I understand the controversy with the thought of the recreational marijuana,” she said. “However, I think that if more states get approved with the recreational in addition to the medical … then it’s going to eventually force the federal government to say, ‘OK, let’s give in. Lets decriminalize it.’”