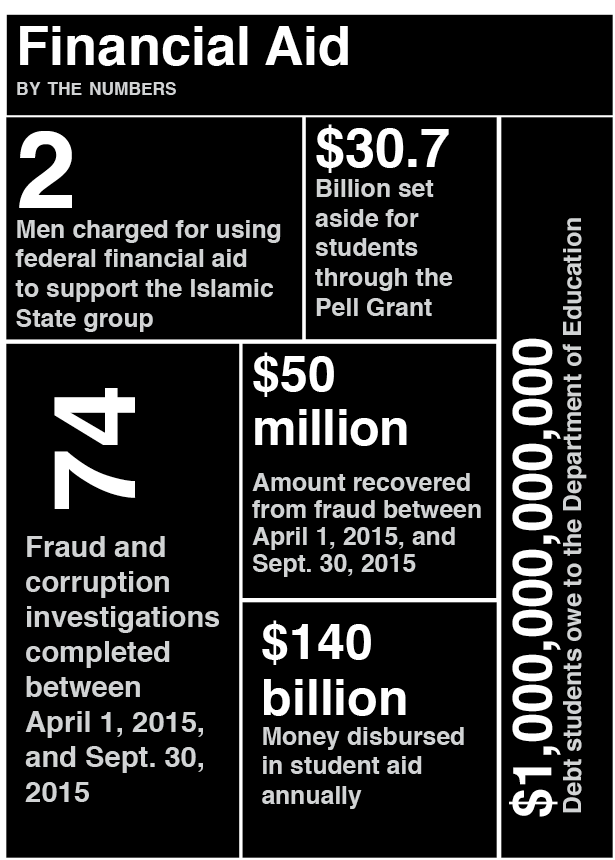 Editor’s note: Charges against Tawana Whitfield were dismissed May 13, 2017, by the prosecution. Assistant District Attorney Hilary Blake said in a court document that further investigation showed Whitfield was “actually the victim of another’s fraud”.

Four Eastfield students have been arrested in connection with a fraud ring linked to the theft of more than $99,000 in federal financial aid, according to police.

Two more students have been charged but not arrested.

The suspects used fake GEDs and high school diplomas to enroll at Eastfield and apply for financial aid funds, according to the police reports.

Willie Glenn, 49, pleaded guilty to tampering with government records and stealing nearly $11,000. He was sentenced to five years probation.

“The case was pretty weak, I think, on the state’s side,” Arnold said. “I thought we could win in court.”

Arnold said he believes his client was a victim of fraud. He said Glenn believed his GED to be real and acquired financial aid to further his education.

Each faces a charge of tampering with a government record, a felony, and is accused of stealing more than $10,000 in financial aid.

Dallas County Community College District technology employees discovered discrepancies in the students’ records and reported their findings to the Department of Education’s Office of the Inspector General.

The Inspector General investigated, and Eastfield police filed cases with the Dallas County District Attorney’s Office in October. The fraud dates back to 2013.

Cynthia Butler, executive director of financial aid for the DCCCD, said the diplomas used in these scams were likely from a local diploma mill.

Fraud rings, like the one at Eastfield, will use fake diplomas to get federal financial aid money without plans to use it for education expenses.

“They go to these various different companies that pop up all over the place that say, ‘Get your high school diploma, get your GED for $250 in six weeks,’ ” Butler said. “In a lot of cases, they aren’t legitimate.

“For families or students that may not have completed high school, they think, ‘Oh my gosh, this is great. I can get my GED and that’s going to make me eligible for financial aid.’ Unfortunately, there are victims to those types of companies.”

Butler said that in this case the suspects were flagged because they used the same address, phone number, email or other common identifying factor.

“Sometimes you’ll have fraud rings, and all their information is basically the same,” she said. “The reason that they focus on large districts like our district is that we are so big that they are in the hopes that we won’t have time to notice.”

According to a 2014 FBI report, cases of financial aid fraud are on the rise, especially through online applications.

In many cases, a ringleader recruits potential students and assists them in obtaining fake paperwork in exchange for a cut of their financial aid.

Thirteen schools in Texas offering fake and illegal diplomas to anyone willing to pay were shut down and targeted by lawsuits in August 2015, according to the Attorney General’s Office.

Participants in financial aid fraud rings stole more than $6.7 million in federal student aid funds between April 1, 2015 and Sept. 30, 2015, according to the 2015 Department of Education’s semiannual report to Congress.

The Office of the Inspector General opened 152 fraud ring investigations and recovered more than $23.9 million in stolen funds during that period, the report said.

The people accused in the Eastfield fraud cases could not be reached for comment.