Oneohtrix Point Never, aka Daniel Lopatin, is an electronic music artist. His seventh studio album “Garden of Delete” is his hardest-hitting yet.

The album kicks off with 28 seconds of strange, robotic laughter accompanied by jumbled noise, immediately setting the mood. 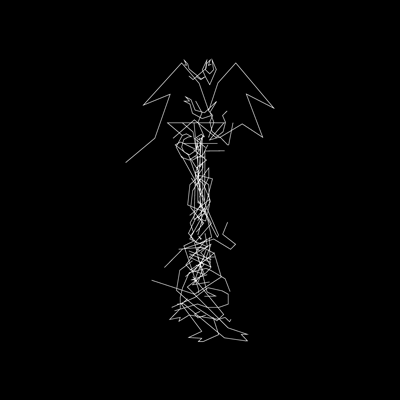 By starting with this weird track, you can tell this isn’t going to be a run-of-the-mill album.

A lot of Lopatin’s music has mul- tiple layers. “Garden of Delete” is no exception.

One of the more popular singles, “Sticky Drama,” is a prime example of this. This track has many things going on. You have to listen carefully and repeatedly to get the full experience.

The second song, “Ezra,” uses the opposite of the chaotic sounds of the other. At some points, the song feels minimalistic. That’s not to say there isn’t a lot going on. The track has so much substance that you have to really pay attention to everything.

“Garden of Delete” is a pretty original album. However, it still has obvious influences. “Animals” uses retro synths straight from the ‘80s while “Sticky Drama” sounds as if it’s emulating a breakdown of a metal song.

In the longest song on the album, the monstrous eight-minute “Mutant Standard” is one of the craziest songs I’ve ever heard. Lopatin constructs absolute chaos perfectly.

Listening to this album is almost like looking at a Picasso painting. At first, you only see a mess of jumbled shapes, but the longer you stare, the more you pick up.

Oneohtrix Point Never isn’t a household name. On top of that, his music isn’t very accessible to the common listener. Lopatin’s music might be an acquired taste, but it is still fantastic.

It’s obvious that Lopatin only used a keyboard to make this whole album. This shouldn’t be considered a negative. The fact that he makes his art in such a unique way goes to show that you really need talent to make music like this.

“Garden of Delete” shows that Lopatin is an innovator in electronic music. Perhaps his music will set a standard for the genre, but we’ll have to wait and see.