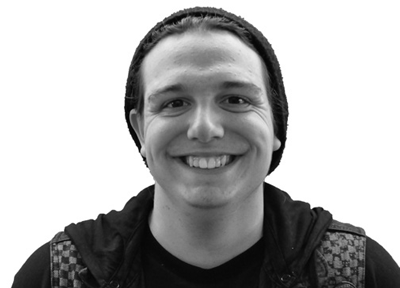 The third installment of “Back to the Future” was released in 1990. Some of the film was set in a fictional 2015 that had flying cars, sky highways, holographic advertisements and hoverboards. Everyone dressed like it was still the ‘80s, but the awesome inventions and innovations more than made up for it.

Obviously, we don’t have flying cars or holographic advertisements — which is a disappointment — but we have moved forward with our military technology. We’ve provided our troops with better equipment such as drones (socio-political controversy about drones placed aside), bomb-disarming robots, advanced computers and much more.

This means our troops are better protected when deployed overseas, but we are still losing men and women to things such as suicide bombers and roadside bombs.

Technology company Lockheed Martin, the guys who created that cool looking tank thing called a Havoc, have unveiled a new advancement that has the potential to add extensive protection to our troops working roadblocks and checkpoints: the Advanced Test High Energy Asset, nicknamed Athena.

Athena fires a 30-kilowatt laser capable of burning through even the hood of a truck from a mile away. The best part: it can fit in the bed of that same truck.

Though the laser isn’t quite so compact as the one Val Kilmer used in “Real Genius” to make a house explode with Jiffy Pop, the basic idea is pretty much the same as the laser in the film: the heat of the laser is what makes it a powerful weapon.

America would be foolish not to jump on this technological breakthrough to aid in the defense of America.

While education, federal responsibility and other social issues are important we should also consider the safety of our men and women overseas. Americans owe their freedom to the brave troops who are risking everything for freedom and our democratic republic.

It’s time we focus some of our energy on ensuring our troops have the best weapons at their disposal, and as technology progresses we will find that lasers are the future in that field.