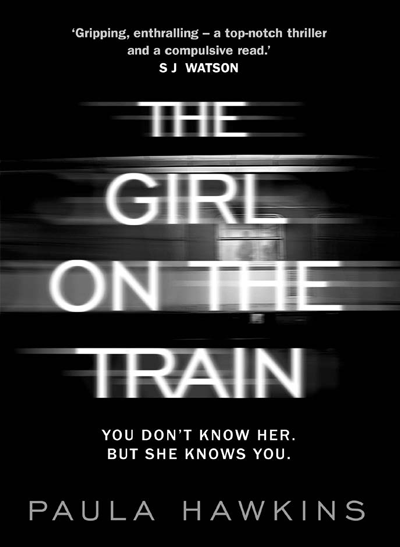 Since its Jan. 13 release, “The Girl on the Train” has made the New York Times Best Seller list for nine consecutive weeks, climbing into the No. 1 spot within two weeks. The novel by Paula Hawkins is frequently praised as the best new thriller since Gillian Flynn’s sensational “Gone Girl.”

“The Girl on the Train” teeters on similar concepts, themes and literary styles as seen in “Gone Girl” while referencing some of Alfred
Hitchcock’s work.

Hawkins’ inspiration comes from her train commutes in London where she began to wonder what would happen if she witnessed a crime mid-commute. Hawkins worked in London as a journalist after attending Oxford and later made a drastic transition into fictional writing. After stints in comedy and romance writing, Hawkins pursued darker themes and began to write crime dramas.

Rachel is an alcoholic still reeling from her divorce from Tom, who has since remarried his lover, Anna, with whom he has a child. Jobless, nearing homelessness and hanging onto any shred of dignity left, Rachel rides the train to her old job every day out of boredom and obsession. On her route she watches a seemingly ideal couple, dubbing them Jess and Jason, when they are actually named Megan and Scott.

Rachel’s frequent blackouts and worsening alcoholism peaks when she witnesses Megan kissing another man and notices she disappears shortly after. With the observations she’s made from her train trips, Rachel goes to the police to tell them what she’s seen only to be discredited for her drunken state.

Rachel finds herself in the middle of a tumultuous missing person’s campaign, which places her in dangerous situations.

The trifecta of unreliable narration (contributed by the three female characters), shaky marriages, and poignant first-person storytelling creates a chilling and addictive journey.

The American publisher of “The Girl on the Train,” Riverhead, originally anticipated 40,000 copies, but reprinted the novel 10 times to meet demands.

Many critics have theorized that the book pays tribute to Hitchcock’s 1954 film “Rear Window.” It features the element of gaslighting, a form of mental abuse where the abuser manipulates information to confuse and instill anxiety in their victim.

While “The Girl on the Train” has some similarities to “Gone Girl,” it is not fair to compare the two. Hawkins’ work is far more relatable than its competitor.

While the novel is full of drama and mystery, its topics and plot are not farfetched from modern society. Alcoholism, infidelity, domestic abuse, female empowerment, infertility and representations of abnormal psychology are all fascinating to its American audience.

The first-person narration that alternates between characters Rachel, Megan and Anna creates a voyeuristic quality within the text.
It seems that this quality has propelled the novel to success, voyeurism being another common American obsession, a suggestion that is substantiated via social media’s overhaul of society.

The three narrators are all subject to gaslighting in the novel and Hawkins cleverly reveals this abusive technique over time. In between developing the relationship between each woman and her abuser, the reader witnesses how all of the women are interconnected
through it.

Overall, “The Girl on the Train” is a novel deserving of the notoriety it’s received, bending the rules of crime fiction while diligently steering clear of the cinematic plot of “Gone Girl.”