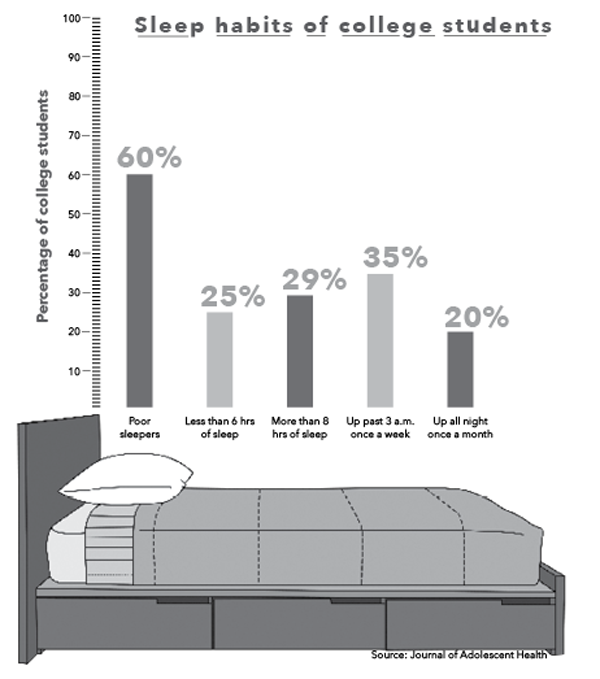 As finals approach, students are scrambling to find the best ways to study.

An increasingly popular trend is to stay up all night studying the night before a test – an “all-nighter.” Teachers advise against that.

“Don’t cram,” said Cindy He of the Math Spot. “I’ve seen students that start studying the night before. Don’t do that. Then the next day everything will be jumbled up and you won’t understand all that much.

“The best thing to do is study in increments. The week before, start studying daily and review your notes.”

Others believe in making sure that you not worry too much about tests.

“Don’t try and learn a semester’s worth of information in a night,” said Shayn Davenport, tutor for The Link. “Along with that, understand that this is one grade in one class in your college life.”

There are many aspects of studying. Stress is a big factor when studying for tests, Davenport said.

“Stress will literally shut your brain down and you will not be able to accomplish anything,” he said. “It’s a biological fact”

Study habits can vary from person to person including things such as highlighting, memorization and making flash cards.

“After studying a topic section and moving to the next, make sure you identify possible relations between the two sections, similarities, differences, and new additions of content,” said Dr. Anna Rodriguez, professor of college readiness and math.

Others prefer to look at concepts while studying the textbook.

“I scan in textbooks. I look for things that are bolded, graphs and pictures,” Davenport said. “Then I look at the end of chapters and look at summaries, things I’m supposed to know by the end. Then I go back and that’s what I’m looking for because those things will be the most important. As I’m finding those, I will highlight them or make notes.”

At Eastfield, there are several places such as the Math Spot and The Link that can helps students when it comes to studying.

“It’s key that they come in here (the Math Spot) and get math help outside of a classroom environment,” He said. “Often time I see students that tell me that I understand in class and have good notes, but when they do it themselves, they freeze up and do the same in the test scenario.”

The Link is located in the library and can help with all forms of writing.

The time before you take the test can often be as vital as the time you spend during the test.

“Take time to visualize yourself completing the test with ease, remembering and applying all you have studied,” Rodriguez said. “This can help you get into a positive attitude. “

Overall some believe the key to success is time management.

“We all have busy lives, but we have to schedule time to study,” Davenport said.“If you want to be continually successful … then plan out times to study.”

Then, “celebrate your success as you boost your motivation and prepare to tackle your next goal,” Rodriguez said.

Things to know before you hit the books: