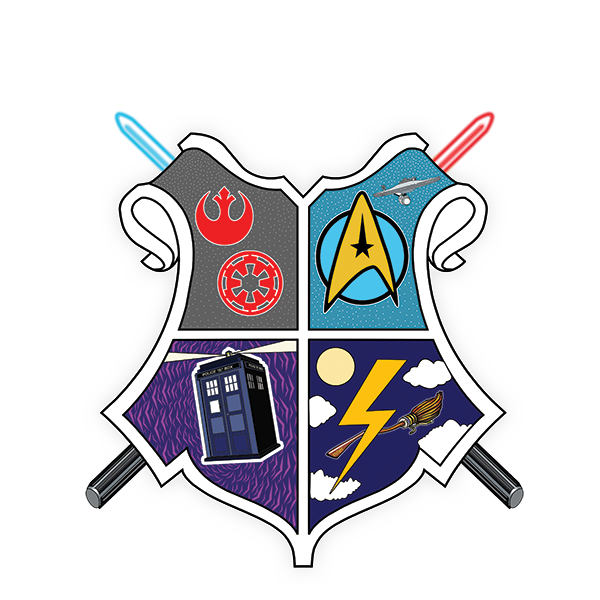 Never has the line between geek and cool been so thin. Fantasy fiction has taken over prime-time television and comic book origin stories are producing blockbuster hits. Nerdy is the new patron of cool, and all the squares are aware.

Shows such as “Dr. Who,” once geek-only territory, are now highly rated series that have taken the American public into a world once reserved for only the nerdiest of sci-fi enthusiasts.

Fantasy books such as the “Harry Potter” and “Lord of the Rings” series have come off the shelves and onto the big screen, bringing fire-breathing dragons and swordplay into the mainstream.

Advancements in technology have also helped merge geek culture and pop culture. Blogs and websites dedicated to nerd-centered content are just clicks away, making it easier for people to keep up with the latest gadgets and videogames in production.

Digital media advisor Dave Danforth said one reason geeky things have become popular is because sci-fi and fantasy fanatics are now the ones in control.

“There’s so much more acceptance in this generation for these types of things because they are raised by geeks,” he said. “Their parents grew up watching movies like ‘Star Wars’ and introduced them to that awesome world. Now, they’re grown up and creating these great shows and movies.”

Although geek culture is enjoying the limelight now, it hasn’t always been so praised. Danforth remembers a time when it was frowned upon to express your inner-nerd.

“Years ago, it was ‘Oh, look. Those are the freaks that dress up in costumes.’ And now they have TV shows about cosplay,” he said. “We’re moving in the right direction now because people can be who they want to be. You don’t have bullies beating up the geeks anymore because even the bullies are geeks. You have a lot more acceptance of sci-fi, fantasy, comic books and all this stuff. I think that’s great.”

English professor Shazia Ali, a Potter fan, teaches a class dedicated to reading all seven books. She remembers the fanaticism that took place the night the final book was released.

“My husband and I drove around Dallas the night it was released and saw just the longest lines at book stores,” said Ali. “It was something I had never seen before. People were dressed up as wizards and sitting in their cars reading the book because they couldn’t wait to go home and read it.”

Soon after the wizard craze, books about vampires, Greek mythology and post-apocalyptic societies were top sellers, creating a reading buzz that is still going strong.

Ali relishes the idea of people reading as a popular pastime and realizes that the series had had a great impact on the way people view fantasy novels.

“This idea of a book being important is amazing, especially since it was not so cool to read books at that time when Harry Potter came out,” she said. “When I think about those books

I don’t see them as just literature. They are a pop culture phenomenon.”

Geeks and nerds now run the world. They are creating our iPhones and innovating the way we communicate. They are producing movies and films inspired by their geeky obsessions and teaching us the lessons that they learned from sci-fi favorites they fell in love with as children.

English professor Kassandra Buck has a thing for jedis and it’s easy to tell for students who take her class.

“In my online classes, I’ll write a letter to them and it will always say, ‘May the writing force be with you,’ and I’ll have a picture of Yoda that goes along with it, just so they get the point,” she said.

Buck realizes that being a fan of movies like “Star Wars” may be a bit “nerdy” but thinks that the term is outdated and needs to change, for the sake of everything cool.

“There’s that old connotation of nerds that movies and TV shows have created and I just don’t think the word has the same meaning anymore,” she said. “I think it’s kind of cool now to be a nerd.”

She has a suggestion on how to modify the term.