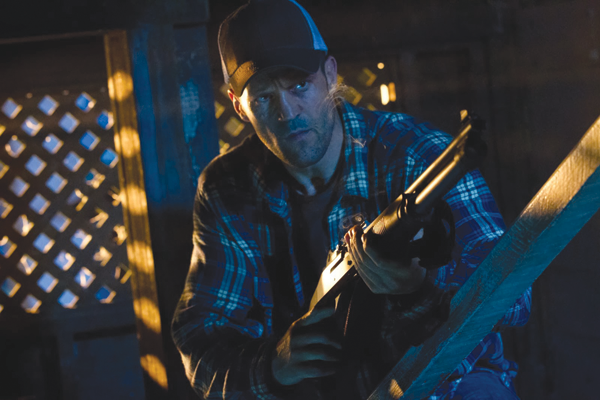 In “Homefront,” Jason Statham plays Phil Broker, a widower and ex-Drug Enforcement Administration agent from Minnesota who settles in small-town Rayville, La. with his daughter, Maddie.

But things aren’t quiet for long.

After Maddie wins a fight with a schoolyard bully, Broker finds himself the target of Gator (James Franco), a local meth distributer. Trying to escape his past and protect his daughter, Broker must choose to run or protect the home of his late wife.

The cast includes Winona Ryder as Sheryl Mott (Gator’s lover and partner in crime) and Kate Bosworth as Cassie Bodine (Gator’s hot-headed sister). Bosworth’s performance as a meth addict fantastically fits the vengeful Cassie. Both actresses deliver powerful performances as they capture the essence of drug distribution and consumption.

Slightly similar to his past role in “Spring Breakers,” Franco returns again as a small-town drug dealer, but this time with less of a bad-boy edge. Franco plays the part of a short-tempered meth cooker just well enough to make the plot of “Homefront” realistic.

Statham also pulls off a compelling performance, playing the role of a single father protecting his only daughter.

However, director Gary Fleder jumps straight into action within the first few minutes, which should satisfy just about any action movie fan. Fights break out every few minutes, and Fleder does an exceptional job increasing the tension in each heart-pounding scene.

Overall, the audience won’t leave the theater disappointed as they watch Broker take down everyone from drug lords to vengeful bikers. The fight scenes are credible and flow along with the storyline.

“Homefront” takes a father-daughter relationship to a whole new level, as Statham takes on whatever is thrown his way.

This is a must-watch film that will leave you hanging on the edge of your seat. With drug use, strong language, brief sexuality and an abundance of violence, this R-rated film has it all.