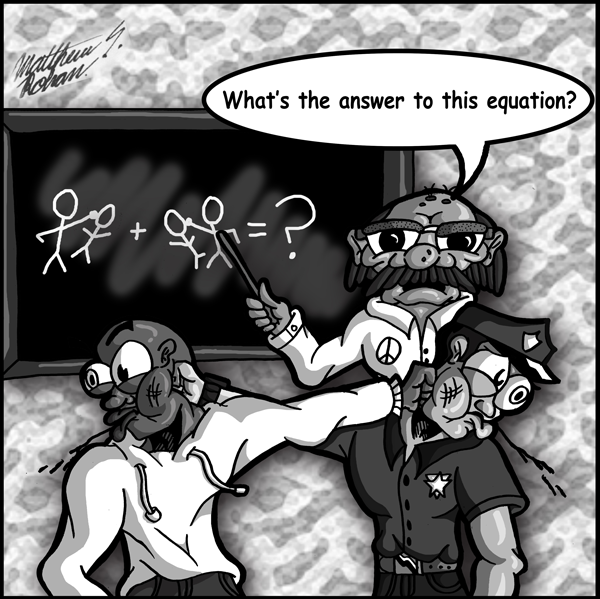 Police brutality and racism are ongoing problems in our society that must be addressed in a timely and sensitive manner, but violence against police officers does not solve those issues and instead perpetuates a hideous cycle.

No excuse exists for the murder of law enforcement officers performing their jobs.

Harris County Deputy Darren Goforth was shot 15 times in August while fueling his patrol car at a Houston gas station.

New York City officers Wenjian Liu and Rafael Ramos were ostensibly killed in an effort to avenge the police-related deaths of Eric Garner and Michael Brown.

Black civilians have suffered equally senseless deaths at the hands of police.

Two Cleveland police officers shot Tamir Rice, 12, and then failed to give him first aid.

Eric Garner died after a police officer had him in a choke hold and refused to let him go. Freddie Gray died from a partially severed spine after riding in a Baltimore police van.

Tension between racial minorities and law enforcement personnel has reached a fevered peak.

In response, police supporters launched Blue Lives Matter and Back the Blue campaigns to protest cop killings and other violent retaliation against law enforcement.

Both movements have attracted critics, but their core ideals have messages worth pursuing.

It is no better to lash out against the American police force for the actions of its minority than it is to paint an entire race as thugs or criminals.

Either way, innocent people are being stigmatized or even killed in the name of justice.

When it comes to this senseless violence, nobody’s actions are justified.