Tougher sanctions for Russia, Putin are needed for actions in Ukraine 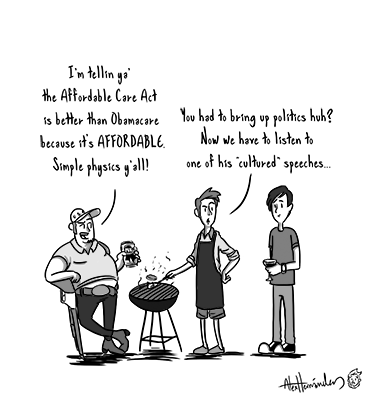 Amidst the escalating tensions between Russia and Ukraine over the Crimean region, we feel that it is time for President Obama to enforce tougher sanctions on Russia, and its president, Vladimir Putin.

While we understand the folly of war with Russia and decry any sort of military involvement by the West, we also acknowledge that Russia needs to face some sort of punishment for the flagrant and illegal actions taking place within the sovereign borders of Ukraine.

Putin is an old-school cold warrior. He’s not simply trying to regain the ethnic Russian regions of Ukraine. He’s on a mission to rebuild the Soviet Union under the guise of protecting ethnic Russians.

He knows full well that the West doesn’t intend on intervening militarily. The only recourse we have at our disposal of economic sanctions. The Obama administration appears to be signaling that tougher penalties are on the way, but as of yet, the sanctions have been half-measures, not providing enough incentive for Putin to change course.

He seems to be signaling his new, or rather old, vision for Russia, referring to the southeastern Ukraine as Novorossiya, which literally means New Russia.

This troubling new revelation into the mind of the former KGB Lt. Colonel has sent many scrambling in hopes of figuring out his game plan. For us, his plan appears simple and straightforward: he’s attempting to regain the Russian empire.

Dating back to the time of the Ottoman Empire, Novorossiya has generally referred to the area from the border of Moldova in the west to the Dnipropetrovsk industrial region to the north. Is this a rare glimpse into the seldom-traversed mind of a mad man? Or is Putin simply testing the political waters, seeing if the West is prepared to block his intentions?

Since the West is uninterested in war with Russia, whatever sanctions that are put in place need to be tough enough to dissuade Putin from any further ambitions he has for territorial gains.

The one thing we do not want is for the Obama administration to draw any more proverbial lines in the sand that it is not willing to back up with action. Putin will call our bluff because he knows it’s a bluff.