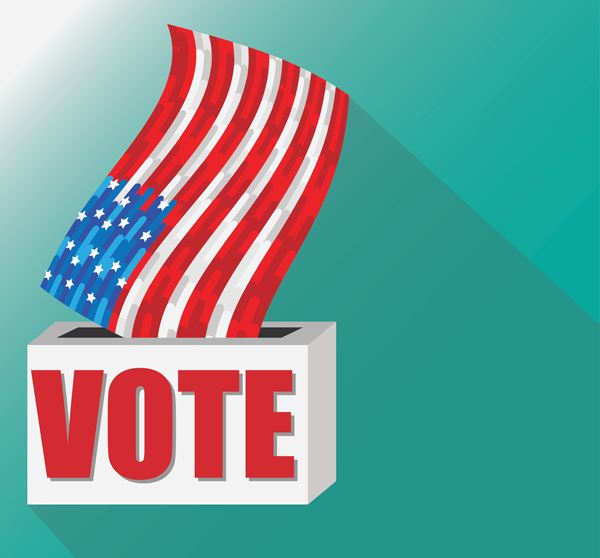 With widespread discontent with the performance of President Donald Trump’s administration, the 2018 election is expected to be a more contentious than usual midterm race.

Primaries to select the eventual nominees will be held March 6.

More than 15.2 million Texans registered in time for the 2018 primary election, and those numbers are expected to increase as counties turn in final numbers for mail-in registration postmarked in time to count. Dallas County currently has 1.28 million registered voters.

Josh Blank, manager of the University of Texas’ Texas Politics Project polling research, said so few people decide primary elections because the choice is harder than in general elections.

In many party primaries, candidates hold similar views on the issues.

“It’s a lot easier to make a choice between two distinct brands in a general election than it is to make fine distinctions between products in a brand family,” Blank said. “Most people do not hold deep and strongly held attitudes about the specifics of public policy or about a specific ideological prerequisites about what makes a good candidate for their party primary.”

Undecided major Hunter Wolfgang De Le Torre said he is registered but he doesn’t feel he knows enough for his vote to be worth anything. He believes voting is important, just not something he is ready to do.

De Le Torre said that being raised by immigrant parents, his family never took much interest in who was in office.

“I was never raised around politics,” he said. “We just cared about getting by, working, getting our money. We didn’t care about who was running the country because it didn’t really affect us.”

“It’s clearly the case that elected officials are going to be more interested in the people and the attitudes of the people responsible for getting them into office than the people who sit at home,” Blank said.

“Given what we learned in Texas government last year, I was really influenced by what Castaneda said about knowing your vote and empowering through the strength of your vote,” Carr said. “That class really opened my eyes, especially to the state of Texas.”

Carr moved to Texas in 2017 and said having an understanding of how Texas works makes him feel like his vote is even more important.

Americans will take to ballot boxes again Nov. 6 with 33 Senate seats and all 435 House seats in contest, along with numerous statewide and local elections. With Republicans in control of the Oval Office and both chambers of Congress, Democrats are vying for enough seats to tip the balance.

The hopefuls that will have a chance to fight for these slots will be decided this March.

While some midterm primary races have what appear to be clear winners, such as the Texas race for U.S. Senate where Blank believes Republican incumbent Ted Cruz will face off with Democrat challenger Beto O’Rourke, others may see changes in party representation.

“It’s definitely already had an impact on primaries,” Blank said. “In general, the re-election rate for incumbent members of Congress is staggeringly high despite generally held negative attitudes toward members of Congress that voters hold in Texas and really everywhere. This is why, for example, Lamar Smith’s seat has 18 candidates running for the Republican nomination there, because it’s such a safe seat.”

Many areas of Texas have a large skew to the left or right that almost guarantees the winner of the popular party’s primary will be the victor in the general election. In those places, Blank said primary voting is the only place where voters have a chance to express their preferences.

“Historically, there are usually a large number of Republicans and a large number of Democrats in the Texas House, for example, who run unopposed in the general election because the districts are so strongly skewed toward one party or the other,” Blank said.

This year is an outlier. A wave of political action, spurred by grassroots efforts to combat Trump, have attracted political newcomers, many of them women, to local and state race. It’s the first time in a quarter century that Democrats have had representation in all 36 Texas congressional races.

Democrats are looking for a chance to regain some level of control in Washington in the wake of Trump’s victory.

The odds are in their favor from a historical standpoint. Every midterm election since 1934 has seen the party of the newly elected president lose an average of 27 seats in the House and three spots in the Senate.

Presidential approval ratings are typically linked to his party’s success in Congress, and Trump’s are low. In December, Trump scored a 32 percent approval rating in a  Monmouth University Poll.

Blank still believes Democrats would have to work hard to flip one chamber. He believes the fight to take control of the House will be challenging, and it’s even more unlikely they would be able to flip both the House and Senate.

“I think that’s a possibility, but it would require everything to go right for Democrats,” Blank said.

While Hinckley believes winning control of the Senate is a stretch, he said the House is within the Democrat’s reach.

“Based on where we sit right now, I think it’s probably 50-50 or greater that the Democrats pick up the House of Representatives,” Hinckley said. “I think maybe they’ve got a one-third chance of picking up the Senate. The Senate map is a lot harder.”

Hinckley said some of the biggest losses he thinks Republicans could see in the election will be in governorships.

The 2018 marathon for the Texas Governor’s Mansion features 17 announced candidates. Gov. Greg Abbott is seeking re-election and is likely to succeed in his primary — his only opponents are Larry “SECEDE” Kilgore and Barbara Krueger.

Kilgore garnered less than 2 percent of Republican votes in the 2014 primary and Krueger is a relative stranger — the Republican Party doesn’t have any information on her.

The Democrats have a larger group of candidates working for the nomination, with nine names on the list. Former Dallas County Sheriff Lupe Valdez, who stepped down from her post to pursue Texas’ highest office, is an early frontrunner in that race.

Blank believes that the race for the Democratic nomination is between Valdez and Andrew White.

“The only prediction that I can make with a high degree of certainty is that race is going to go to a runoff,” Blank said.

Voter turnout in Texas gubernatorial contests is not known to be impressive. In 2010, 32.1 percent of eligible Texas voters threw their support behind a candidate in the voting booth.

In 2014, when Democrat Wendy Davis appeared to pose a potential threat to Republican Greg Abbott, voter turnout was at 37 percent.

Primary turnout is known to be lower.

In 2014, the Republican gubernatorial primary saw just fewer than 10 percent of registered voters cast a ballot and the Democratic primary claimed barely more than 4 percent turnout.

First day to file for a place on the Primary ballot for precinct chair candidates.
Tuesday, September 12, 2017

First day to file for all other candidates for offices that are regularly scheduled to be on the Primary ballot.
Saturday, November 11, 2017

First day to apply for a ballot by mail using Application for a Ballot by Mail (ABBM) or Federal Postcard Application (FPCA).
Monday, January 1, 2018*
*First day to file does not move because of New Year’s Day holiday. An “Annual ABBM” or FPCA for a January or February 2018 election may be filed earlier, but not earlier than the 60th day before the date of the January or February election.

Last Day to Register to Vote
Monday, February 5, 2018*
*Actual deadline falls on Sunday but moves to the next business day.

Last Day to Apply for Ballot by Mail
(Received, not Postmarked)
Friday, February 23, 2018