Rhythms of history: Looking at the black experience through its musical influence 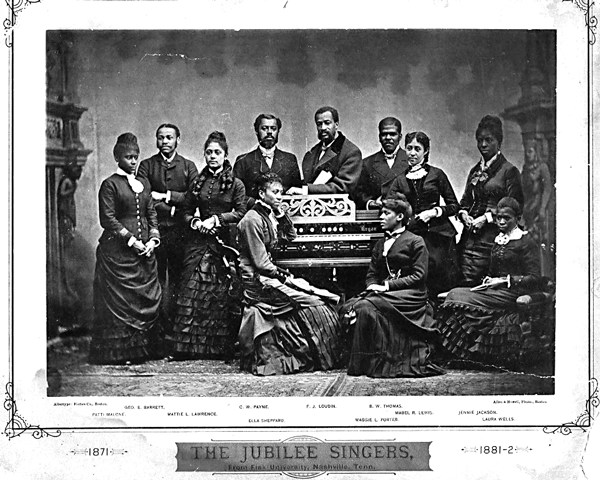 To try to encompass the entirety of African-American music in a single article is a futile effort. From early work songs and spirituals to blues, jazz, rock and roll, soul, hip-hop and everything in between, black music has dominated American culture and has found itself as the foundation for the majority of modern music worldwide.

From the beginning, black artists and their songs have been a reflection of the black experience in America.

It’s equally a bridge between African roots and European influence as much as it’s a counter to white oppression. It’s a celebration of black excellence and a critique on shortcomings in black communities.

It’s deeply religious in some facets while being carnal and excessive in others. It clings to its origins while consistently moving toward innovation.

Here are just a few noteworthy songs from artists who planted their flags in the vast and diverse catalogue that is African-American music.

The spiritual is widely considered the first true genre of the Americas, one that’s a distinct merge between African song traditions and the life situations imposed on African-Americans due to their enslavement.

Spirituals, which find their stylistic origins in work songs, are manifestations of slaves’ Christian conversion and the hardships they endured under slavery. Most spirituals were also strongly tied to a desired freedom.

The lyricism of “Nobody Knows the Trouble I’ve Seen” holds true to that era’s sentiment, asserting that the physical and emotional pain experienced by the singer is so great that no one else can truly understand it, except for Jesus Christ.

In some variations of the song, the singer speaks of the difficulties of staying in the path of righteousness, but affirms that if the listener ends up in heaven first, to tell everyone that they will be there one day, too.

The origin timeline of the blues genre is one closely tied to black emancipation. Unlike spirituals, which were limited to being performed a cappella due to restrictions on instruments, the blues became a genre that allowed black artists to express themselves on several platforms. The artists were free to experiment lyrically, vocally and through instrumentation, namely the guitar and the American-made banjo.

“The Bourgeois Blues” ties artistic freedom with the daily oppression experienced by newly freed slaves. Lead Belly sings of his visit to the nation’s capital and the mistreatment that he suffers there.

He calls the “home of the brave, land of the free” a bourgeois town, pointing out that the idealism in D.C. was just a lift to help white Americans climb upon their high horses while they continue to live with their conventional attitudes toward race.

Although a well-known staple in depicting the violence and cruelty that black Americans endured between emancipation and the civil rights era, this Billie Holiday classic is in many ways a departure from the jazz genre that the singer dominated.

Jazz at its height was the signature genre not only for the black community but also for the country as a whole. Its upbeat, dance-worthy, larger-than-life characteristics are nowhere to be found here though.

Released in 1939, “Strange Fruit” opens with sharp and pained horns and a melancholy piano. Holiday’s iconic voice illustrates the horrific picture of lynched black bodies “swinging in the Southern breeze.”

Its intensity only increases as Holiday’s voice amplifies, creating perhaps the most realistic description of brutality in the South. It’s the expression of an artist who not only changed jazz on a vocal standpoint, but also of one who was not afraid to deliver a devastating message.

During the ‘60s and ‘70s, everyone had something to say about the civil rights movement and the state of the black community.

Artists like James Brown promoted self-love and unity in the face of discrimination while artists like Gil Scott Heron pointedly protested integration and hypocrisy.

Curtis Mayfield used his platform, namely his “Superfly” album, to comment on the inner-city struggles of crime, poverty and drug abuse. Sonically, this entire album sounds like the soundtrack for a too-cool-for-school blaxploitation film, and that’s because that’s exactly what it is.

The opening track, “Little Child Runnin’ Wild,” tells the tale of a young homeless man contemplating his downward spiral into drug abuse. The man questions why it had to be him falling into addiction, then frantically pleads his drug dealer for a fix.

While songs like “Pusherman” and “Superfly” are the most recognized of the album, “Little Child Runnin’ Wild” frames the distressed atmosphere of what may be the most critical and politically conscious concept album of the era.

Kendrick Lamar’s “Alright” is largely considered the anthem for the Black Lives Matter movement for good reason. It unapologetically speaks on police brutality, vices within the black community and views the future with religious optimism.

However, “i,” from the 2015 “To Pimp a Butterfly” album, speaks directly on the importance of both self-love and collective love within the black community.

The song is staged like a live performance, one that is interrupted by a fight in the crowd halfway through the set. Lamar stops the show and asks those around him how many friends they’ve lost due to violence.

He tells them, “We don’t have time to waste time” on violence against one another, then, before starting the show, rhymes about the origins of the “infamous, sensitive N-word.”

At nearly the end of the album, the song takes all of the self-hatred, exploitation and self-destructiveness displayed throughout the previous records and combats them with his a cappella rhyme.

Lamar tells the audience of negus, the Ethiopian word for royalty, a word that he claims has been overlooked and bastardized and that needs to be reclaimed to its proper definition.

Lamar’s intention is clear: revisit the glory of the past and know that your history does not begin on slave boats, but instead as the rulers of continents.