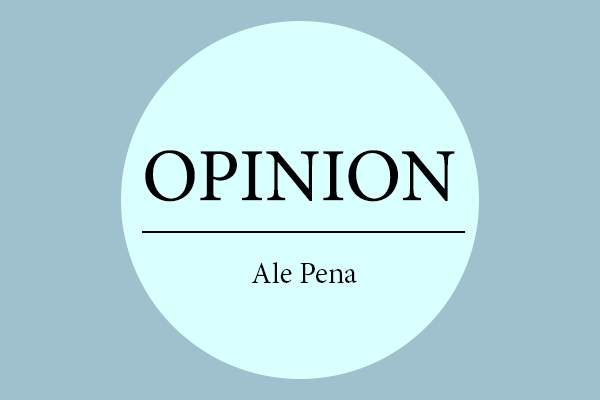 My psychiatrist smiled while giving me a diagnosis.


“Major depressive disorder,” Dr. Shipe said.
But I did not smile.
All I could think about were the CNN headlines branding Adam Lanza the same.
That same year, the Connecticut State Attorney’s Office concluded that Lanza, the Sandy Hook shooter, planned his actions but had no evidence to prove why he did so. The media incessantly covered that he had suffered from depression and anxiety in his early teens.
They did not mention that so do one out of every four American teenagers.
Mental health is a topic that is only discussed in the pale walls of psychiatric institutions, psychologists’ offices, counseling rooms or in the wake of every mass shooting.
The stigma that violent tragedies are directly correlated to mental illness rests on false premises.
According to the National Center for Biotechnology, the vast majority of people diagnosed with psychiatric disorders do not commit violent acts — only about 4 percent of violence in the United States can be attributed to people diagnosed with mental illness.
In fact, a number of the most common psychiatric diagnoses, including depression, anxiety and attention-deficit disorders, have no correlation with violence whatsoever.
Yet, the media continues to feed into this oppressive system after every mass shooting.
Only a couple of weeks ago I watched a CNN reporter ask the Las Vegas’ shooter’s brother if Stephen Paddock had shown any signs of mental illness.
“No,” his brother replied.
“Was he depressed?” the news reporter pressured.
The media had immediately televised their false conclusion that only someone with a mental illness could have murdered 59 people and injured over 500 with an automatic rifle.
The media only partakes in spreading these oppressive stereotypes because we let them. Because the country that closed its last insane asylum only 50 years ago has not realized the harm of this stigma. Instead, it’s normalized it.
But mental illness does not have a face. It is not a white male in his 20s. It is not inherently violent or deranged.
When mental illness is equated to violence, it leads to personal silence from those who would benefit from medication or therapy.

The waiting room of my psychiatrist’s office is a testament to this.
“This is my first psychiatric appointment ever,” I once overheard an elderly women tell my psychiatrist’s receptionist. “I could not avoid it any longer.”
She had lived through decades of unfulfilled potential because she could not stomach the reality of her disorder.
This was all due to the demonization and inaccessibility of mental health treatment.
In fact, 21.9 million Americans, out of the 43.8 million that experience mental illness, do not seek help although it often dictates life or death for many people.
For example, 46 percent of homeless adults live with severe mental illnesses, and 50.5 percent of adults with a substance abuse disorder also have a co-occurring mental illness. About 90 percent of people who die by suicide have mental health conditions.
I also suppressed the reality of my mental health. Although I had first started showing symptoms of clinical depression at 13 years old, I only sought out treatment when I was 17.
For years, my parents and I came up with excuses for my symptoms: laziness, sensitivity, puberty. We did not believe a bright 13-year-old could be mentally ill. Only the lunatics on TV could have been capable of mental illness.
It took me years to feel comfortable and open about my diagnosis. I still find myself feeling shame for the chemicals in my brain that require artificial help.
This feeling of shame magnified while watching the news the morning after the Las Vegas shooting. The mood stabilizer and anti-depressant I take every day felt heavy in my hand with each news headline.
I had to remind myself of the massive amount of privilege it took to be able to hold the small green and pink pill. The privilege is so elusive that 21.9 million Americans will not ever get to experience it.
I do not know if this privilege is a burden or a victory.

—Ale Pena is a staff writer and an English major