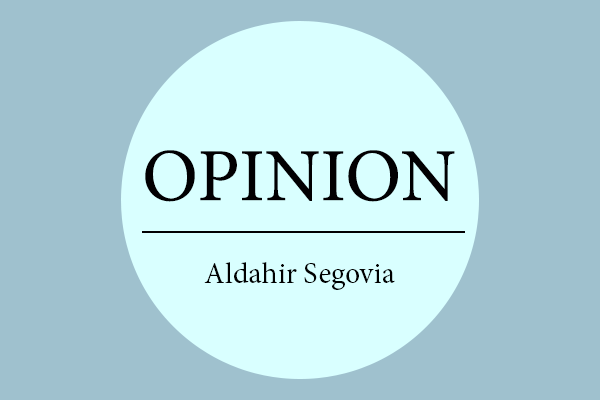 What do we millennials care about?

Do we care about children not having a childhood anymore? Kids learn to read, write and do basic math problems at the age of 4 for a standardized test they don’t have to take for another couple of years.

Do we care about exams like STAAR being given to kids with mental disabilities?

Do we care about these kids being puppets in this economic play? Their standardized test scores alone as opposed to actual comprehension turn into dollar signs and jurisdict the job status of their teachers.

Do we care about pre-teens being treated like idiots when all they are is curious about the adaptation of their body and mind? Do we care that, while these children are being faced with a dramatic development into adulthood, their mental health is also being challenged with the overbearing stress of school?

Do we care about schools turning miniscule wrongdoings into severe punishment? Schools are environments that should be trusted and safe, but turn out to be metaphorical prisons. Yet, we have the audacity to question why kids hate school.

Do we care that private schools are not faced with nearly as many issues as public schools? Think about why that is. Are private schools even a tiny bit accessible to everyone as it is for the wealthy? Was it ever meant to be?

Do we even care about education and the imperfections behind it? Do we care about how low the funding is for education?

We’d rather fund the military to fight wars the old and bitter cannot resist. Do we care about the economy and government or is it only when Trump’s name is being thrown in between the terms?

There are more than 320 million people living in the United States and 45.3 percent do not pay taxes.

Let that sink in for a bit and ask yourself if you care.

Do we care that they sacrifice their finances for the benefit of others, helping the economy that doesn’t help back until the age of 65? Do people care about Social Security’s demise?

We worry about receiving $1,000,000 or more after retiring when 2045 should stir the conscience because that’s the year Social Security is expected to end. Do people care about that?

Do we care about the monumental concessions that will be made to mend our mistakes as a country?

Do we care about making our own decisions or having our voices heard? We can boycott elections and vote for pseudo candidates such as a dead gorilla or a bottle of liquor to make a statement, but that won’t give our voices credibility.

Do we really care about making our voices heard or do we prefer tweeting mic drops for approval?

Do we really care about ongoing issues such as immigration, reconstruction of cities or even our own government? Do we only care about these topics when they get to a critical level?

Are the areas affected by natural disasters going to be important to the public after a month?

A lot of individuals have already failed to remember the damage caused in Houston by Hurricane Harvey. The more devastating part about it is when Texans forget about it.

It’s also very easy to forget that Mexico sent in its people to help Houston, but we are barely acknowledging the destruction from three back-to-back earthquakes. It’s disappointing that Mexico’s condition is becoming a runner-up for attention with a pregnant celebrity.

Do we care to learn the laws that govern our nation? Or is knowing the law only important when a police officer is pulling us over? Is this knowledge valuable only when it comes to a class?

Do you care about the importance of this message?

There is a clear message behind every question asked. This isn’t an ad asking for you to donate your interest, it’s to open the concern of both the informed and misinformed.

The intention is to establish critical thinking in the minds of everyone in our community and beyond that.

To say we do not care is an incorrect assumption. Yes, some people don’t care about these problems, but many people don’t know enough to care. Especially the youth.

Younger generations seem to have a lot of apathy surrounding these issues, believing that they do not impact them directly and thus do not have the ability to impact them at all. But we should care.

These issues impact education and the wellbeing of our society.

The goal should not be to fixate on these problems as a whole, but to effectively progress from the alpha to the omega of these circumstances.

Our compassion is misguided and lacks the whole truth. We acknowledge there are complex issues but go about fixing them in the most facile way possible. We mistake it for deep insight, but it’s delusion.

We know so little about every current event going on.

We must start caring because we are the future of America and in unity we can make a difference in the problems we are faced with.

Alone we do not stand a chance, but together we are unstoppable. That’s why we should care.

—Aldahir Segovia is a graphic designer and a science major.