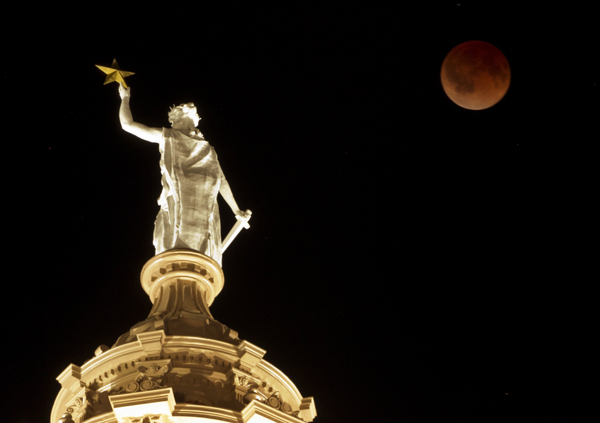 By JAMES HARTLEY
@JamesHartleyETC
Texas’ developmental courses in higher education will see reform in remedial education models that will increase the number of co-requisite courses offered at colleges and universities.
HB 2223, which outlines the reform, uses co-requisites, which combine remedial courses with introductory college level courses to encourage students to complete a college degree.
The bill was signed into law June 15 by Gov. Greg Abbott.
Bruce Vandal, vice president of Complete College America, believes the law will reduce costs and time spent in remedial education and increase student success, but the Dallas County Community College District disagrees.
The DCCCD opposed the law in the Legislature with the belief that it is unrealistic and may harm success rates, said Anna Mays, interim vice chancellor for education policy and student success.
“The legislation proposed more ambitions than actual goals,” Mays said.
[READ MORE: Space: The next frontier for crowded classes]
The law requires institutions to have 25 percent of underprepared students in co-requisite classes by fall 2018. Mays said that while that number is still high, 25 percent by fall 2018 is better than the originally proposed 35 percent by fall 2017.
According to Complete College America, a national non-profit organization dedicated to increasing college completion numbers, only 17 percent of students who start in developmental courses will complete college degrees.
In 2015, the DCCCD reported 26.4 percent of students did not meet college readiness standards in reading, with 20 percent requiring remediation in writing and 7.6 percent in math according to the latest statistics from the Texas College Board.
The DCCCD reported 17.5 percent of all students were enrolled in developmental courses in fall 2015.
She said the bill also calls for a reduced funding in developmental education, one of the reasons she believes the bill passed.
Mays said she believed the percentages of students that will be required to be enrolled in co-requisite classes and the funding cuts outlined in the bill will add difficulty to the process of getting students college ready.
Vandal said current national trends in remedial education do not help to solve the problem, but in some cases makes it worse.
“Very rarely do students find their way to complete all of their remedial courses to enter a college level course,” Vandal said.
Vandal said remedial courses also affect minority groups disproportionately, making it more difficult to get minority completion rates up.
Vandal said only one in five students make it from remedial education to college level course. He believes that tests used to measure the competencies of new students entering college are “largely ineffective” and can place students who do not belong in developmental classes into remediation.
Amanda Preston, English and developmental writing professor, said she has witnessed the opposite.
[READ MORE: Bill banning sanctuary cities passed in Texas Legislature]
Since the last time developmental education was reduced to the courses now offered, more students enter college level classes without being ready, she said.
“College level English classes should not be the place where students learn to use the comma,” Preston said.
Preston said it sounds like another way to remove developmental courses from college.
“Texas has been trying to get rid of developmental courses for a while now,” Preston said.
She said the co-requisites do not work for everyone and may harm students depending on the way they are executed.
She said that combining different levels of developmental courses or a developmental course and a college level course sounds like “putting a Band Aid on an artery.”
She added that if the co-requisites work as two courses taken in succession, requiring students to participate does not sound like a viable option.
“It accommodates one group of students at the cost of others,” Preston said. “One of the luxuries of higher education is the ability to choose.”
The bill passed the both the House and Senate without opposition.
[READ MORE: Trustees approve campus handgun regulations]