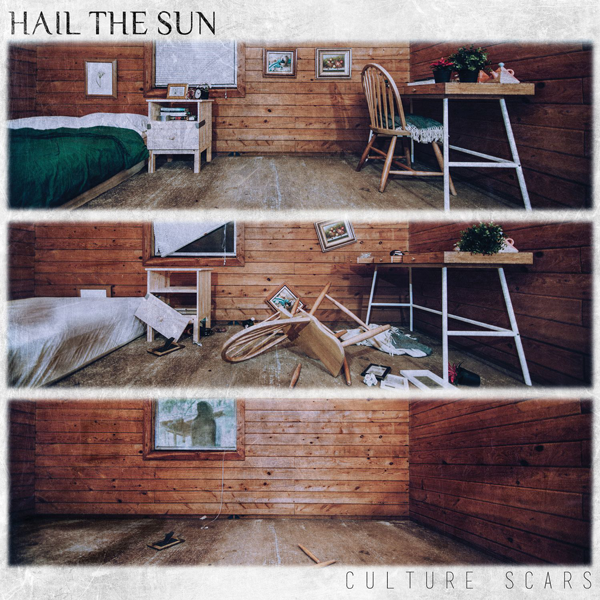 Landon Williams
@LandonETC
Hail the Sun played a flawless performance March 4 at the Prophet Bar in Dallas. Their show was noteworthy by how well they commanded the stage and how fluid they were with their instruments.
They are not a four-chord band. The complexity of each of their individual musical tastes and styles is apparent throughout their stage show. Their music sounds just as good live as it does recorded.
Hail the Sun is a progressive post-hardcore band hailing from Chico, California. Their new album, “Culture Scars,” was released under Equal vision in June of 2016.
The biggest difference between something good and something great is the accumulation of many small issues, rather than one or two fatal problems. The music business doesn’t accept anything that’s just good. Anybody can write a good song and anybody can play a good show. The music business belongs to the people that write the greatest songs and perform the best shows. Hail the Sun is a great band and their live performance demonstrated that flawlessly.
[READ MORE: The Human Experiment has a lot of skill, has a lot to go]
When the show started, it opened in darkness. Only the drummer was onstage and the rest of the band joined him shortly. It was apparent that the members in Hail the Sun had spent countless hours perfecting what they were giving to the crowd, and the crowd loved it. Hail the Sun had every aspect of their show mastered. The guitar tone was beautiful, the whole band’s timing was tight when they played together, and you could feel the emotion on the singer’s face as he belted out his parts.
After a few songs have been played, the lead singer announces that they are usually a four-piece band, and that the drummer currently playing is just filling in. Perplexion runs its way through some of the crowd until the lead singer jumps on the drum set, relieves the interim drummer and the show continues.
If one were to close their eyes and just listen, they wouldn’t have been able to tell that anything had changed. The fact that the lead singer was playing the drums and singing at the same time did not affect his ability to provide a quality show.
Now that more room had been made available on the rest of the stage, the other band members compensated and performed even more than they had been before.
I believe that a quality of a great band is that you can go to one of their shows without ever of hearing them before and still have an amazing time. Hail the Sun has that quality. My experience with them was quite limited prior to the night that I saw them. Nonetheless I thoroughly enjoyed the entire concert and caught myself with my mouth open in disbelief as all of them played their instruments in a way that other musicians can only hope to achieve.
It would not be a waste of time to attend a Hail the Sun concert. If you need great new music, then look no further. You won’t be disappointed with the band, their music, or their stage show. If they can perform as well as they did on the small club stage they played on, there isn’t anything they can’t do. Hail the Sun is worth your time and attention, I’d definitely recommend them to anyone who likes great music.
[READ NEXT: Orenda performance above average, style more generic]
Delete Image
Align Left
Align Center
Align Right
Align Left
Align Center
Delete Heading