‘Before I Fall’ has an awful plot, cliche themes 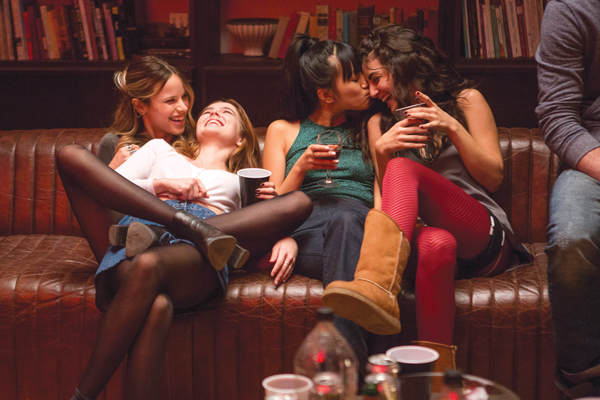 “Before I Fall” is the film equivalent of an adult trying too hard to relate to someone half his or her age. It is embarrassing, stereotypical and not in any way relatable.

“Before I Fall” is the newest installment of young adult fiction movies, and it’s a good young adult movie, but that does not make it a good film.

It is based on the 2010 book of the same name by Lauren Oliver, and stars Zoey Deutch, Elena Kampouris, Logan Miller and Halston Sage.

“Before I Fall” follows Samantha, played by Deutch, who has everything she could ever want until she dies in a car crash and is forced to relive the day she died.

The three most important characters are Samantha and her best friend, Lindsey (Sage), who are part of the popular crowd of their high school.

[READ MORE: ‘In The Next Room’ creates comedy out of sexual taboo]

The film has some great cinematography of the breathtaking Pacific Northwest, but as a whole, the film fails to engage the viewer.

Part of my disconnection with the film is the fact that all of the characters that we focus on are children of rich parents. Most of them are popular, and none of them are relatable.

They have no real insecurities that a normal high school senior would have.

They are perfect “Plastics,” to quote “Mean Girls,” a movie that did the high school coming-of-age plot in a much better way.

The only character I related to was the awkward Kent (Miller), who had a crush on Sam and was an utter dweeb, which made him endearing and possibly the only real character.

The reason that the characters are in no way relatable to anyone post high school is because most people would find their choices and actions and just the way that they conduct themselves to be childish and unrealistic.

The problem is not the actors; it’s the whole script.

The second problem is that the whole plot behind the mystery of the film is revealed to be high school drama between friends.

She is supposed to live this torturous experience until she realizes that the universe wants her to fix some high school drama. The “drama” is one girl becoming a social outcast after her best friend blames a camping bed-wetting accident on her and deciding that the abuse is worth taking her life.

This plot belongs in a single episode of any of the middle school Disney shows that run now, not in a “serious film.”

The actual acting was great, but there isn’t much you can do when the film itself doesn’t draw you in and make you believe the situations are really happening.

The characters are more like characters in a B movie horror flick you want to shake some sense into.

Once the final piece of the puzzle is revealed I found myself wondering if the film was even worth the time it took to watch.

The opening monologue of the film is just a paragraph rephrase of Carpe Diem. This is a massive . It doesn’t fit the film because, unlike the plot, the opening message conveys a serious and profound message.

“Before I Fall” opened March 3 but you would honestly be doing more to seize the day if you did your homework instead of paying to see this movie.

Bad grades are scarier than the situations the characters of this film find themselves in.