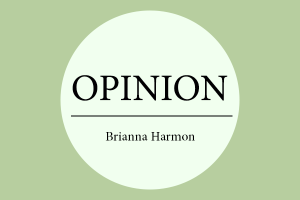 But for the college football playoff selection committee, you could say it’s the toughest. The committee must decide who plays for the national championship.

The existing playoff system was put in place during the 2014 season. Instead of the No. 1 and No. 2 teams playing each other for the national championship, the top four teams chosen by the committee compete in two semi-final games. Then the winners play for the national title.

When the transition was made, it opened up the potential to grant a No. 3 or No. 4 team the opportunity to play for the title. Many people wanted this, myself included. It was a step in the right direction.

A lot of people have the mindset that an undefeated team should get the No. 1 spot. Then it trickles down from there. But time has shown that the No. 1 team may not always be the best. The committee determines the rankings with teams’ schedules and performances in mind.

So while undefeated Alabama has sole possession of the No. 1 after an Iron Bowl win over Auburn and a win over Florida in the SEC Championship, the only other undefeated team in the top 25 — Western Michigan — sits at No. 15.

The committee assigned No. 2 to Clemson, who is 12-1 with their only loss coming from Pittsburg. Their win over Virginia Tech in the ACC Championship earned this spot for them.

The No. 3 spot goes to Ohio State, who didn’t win the Big Ten but lost to Penn State, who did. Ohio State’s last game was against Michigan, and they barely won. I don’t think they deserve this spot. I would put Ohio State at No. 5.

The No. 4 spot went to Washington, which I believe should have landed at No. 3. Washington is 12-1 with their only loss coming from Southern California, who finished at No. 9. Washington had a dominant 41-10 win over Colorado to win the Pac-12 Championship.

I have always had the mentality that if you are going to lose a game, lose earlier in the season so that the rest of your schedule can make up for it. But if you lose late, make it to a top-ranked team. That is exactly what Washington did.

Ohio State is the only team in the top four that didn’t win their conference and lost to the team that did win the conference: Penn State.

Penn State was the first team left out at No. 5 and had an 11-2 record with losses to Pittsburg and Michigan early in the season.

My top four would be Alabama, Clemson, Washington and Penn State.

But with five teams fighting for the No. 4 spot, someone is going to be frustrated.

Any day, a team could win if the odds are in their favor. With that many Big Ten teams in the mix, a six-team playoff could become interesting.

Texas Christian University and Baylor deserved a spot in 2014, but neither made it in.

The playoffs should be expanded to six teams, not because it would definitely affect the outcome of the playoffs, but because it has the potential to do so.

What if the playoffs were expanded and one of the No. 5-8 teams won the national championship? I’m not saying it would be common, but I see it happening at some point.

Getting the playoff system in place was the best thing for college football and a step in the right direction. When it was just the No. 1 and No. 2 teams playing each other for the title, you would often see blowout games.

Since the playoffs have been in place, we have seen better games such as Alabama holding off Clemson to win 45-40 last season after Clemson scored with 12 seconds left.

The 2013 national championship game between Auburn and Florida State was another close one. Auburn led Florida State until there were four minutes left in the fourth quarter.

I say open the playoffs up to six teams, and let them duke it out.

College football is America’s second-biggest sport. The passion, intensity and difficulty don’t exist in any other sport. A six-team playoff won’t change that.

Every weekend there is going to be a game that feels like a playoff game with everything on the line. Those things are what make college football so great.