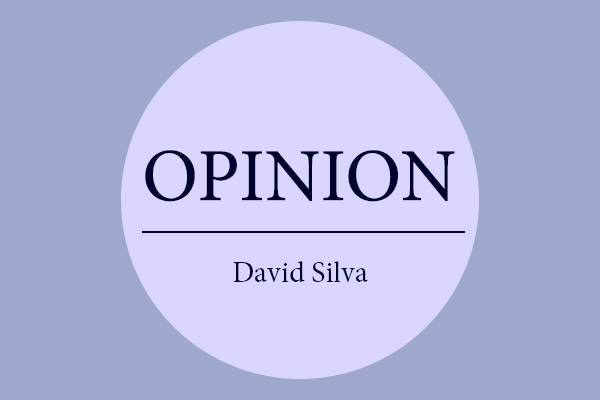 By David Silva
The Black Lives Matter movement must eliminate and disavow violence from their protests in order to succeed as a civil rights group.
I don’t quite remember how I reacted when I heard about the death of Trayvon Martin.
I can’t say I felt strongly about the situation. I didn’t know the facts, so I couldn’t have an opinion. I didn’t feel a certain way when the jury acquitted George Zimmerman of all charges. I knew that the lack of evidence against him would not be enough to lock him up for murder, regardless of his intent.
After that, media outlets placed a spotlight on black men killed by police officers.
Protests followed the death of Michael Brown, then Eric Garner. The names seemed to be piling on faster than I could keep up.
Alton Sterling.
Philando Castile.
Freddie Gray.
And Keith Lamont Scott over two weeks ago.
The coverage and the subsequent videos caught my eye, and the lack of consequences for the police involved was a shocking reality check.
The deaths of these unarmed civilians cannot be justified, and that’s where the Black Lives Matter movement got its voice.
These individual police officers who do not deserve to be given the trust and responsibility we give law enforcement were then guarded from consequences.
This can only create further animosity from the public toward the entire institution, leading to dangerous consequences.
This, however, is where participants of the Black Lives Matter movement took a step in the wrong direction.
Early protests in Ferguson, New York City, Chicago and other cities around the United States began to make a case for themselves.
It’s not that racial oppression felt by the black community was ever non-issue. The failure of local police departments to discipline officers for shooting unarmed citizens is simply a climax of what is, at most, widespread institutional racism if not structural negligence at the very least.
Despite civil rights victories in the years following the Civil War, the U.S. government has done little to provide the necessary opportunities for minorities, primarily the African-American community.
But as the protests around the country began to grow, some of the rhetoric within the movement began to develop a generalized tone.
The Blacks Lives Matter message began to get flooded by anti-cop sentiment.
Furthermore, in addressing these issues, individuals within the Black Lives Matter movement have not shied away from violence, and this has done a lot to undermine the movement’s credibility.
Riots in Ferguson, New York and Chicago were broadcasted all over the nation, and while some of us understand the frustration the rioters feel, it’s difficult for the general population to see anything other than destruction, divisiveness and counter-productivity.
This also gives far-right talking heads a chance to portray the Black Lives Matter movement as the enemy to safety.
This violent culture has also lead to devastating tragedy.
The July 7 killing of five Dallas police officers was an action taken by a lone individual, but the extreme anti-police sentiment that does persist among some in the Black Lives Matter community is hard to wash away.
This further damaged the movement because it cemented the Blue Lives Matter sentiment, a counter that has effectively changed the focus to what was at stake.
I say this not to cast blame on the young men and women who are attempting to create awareness for a worthy and essential cause. Nor am I trying to discredit the importance of their fight.
It is because I deem the cause so worthy that I feel it is essential for the Black Lives Matter movement to focus.
The movement needs direction.
The movement needs discipline and leadership.
And just as police departments need to purge themselves of dangerous individuals, the movement needs to as well.