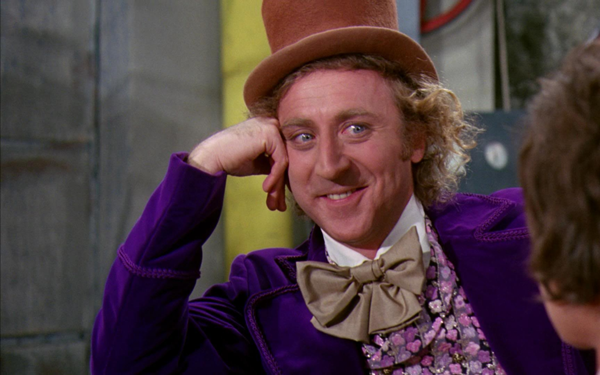 By DAVID SILVA
@DavidSilvaETC
The late Gene Wilder’s portrayal of Willy Wonka in the 1971 film “Willy Wonka & the Chocolate Factory” is seen as his career-defining performance. Countless warm childhood memories can be credited to Wilder and the quirky, boundless world that is Wonka’s factory.
Many cite this film as the definitive adaptation of Roald Dahl’s 1964 novel “Charlie and the Chocolate Factory.” However, the movie received mixed reviews upon release.
Dahl himself disowned the film because of Wilder’s casting and the deviations from the source material.


This begs the question: Is “Willy Wonka & the Chocolate Factory” really the masterwork of cinema many claim it to be?
Most of us know the story. Willy Wonka, a reclusive yet genius candy-maker, places golden tickets in five random chocolate bars with the promise that the recipients will receive a tour of his mysterious factory and a lifetime supply of chocolate. The five lucky kids include the glutinous Augustus Gloop (Michael Bollner), the gum chewing, competitive Violet Beauregarde (Denise Nickerson), the spoiled Veruca Salt (Julie Dawn Cole), the TV obsessed Mike Teavee (Paris Themmen) and Charlie Bucket (Peter Ostrum). Once inside, we are introduced to a factory like no other, full of multi-directional elevators, an Oompa Loompa workforce and a room with edible assortments of nearly everything. The film is decorated with colorful props and costumes to exemplify how otherworldly Wonka’s factory is.
The strongest aspects of this movie are the performances and the music. The child actors take on their roles with ease, displaying a balance between their character’s larger-than-life characteristics while still behaving like actual kids.
Wilder plays an energetic Wonka that toys between reclusive maniac and softhearted wizard. His decisions seem completely improvised at times, while still being a part of some master plan. He is as much a deceiver as he is a too-honest child, an awkward jokester or a meticulous puppet master.
[READ MORE: Despite glossy look, ‘Resident Evil 4’ rerelease pointless]
The magic of “Wonka” lies in the musical numbers throughout the film. From the opening “Candy Man” to the classic “Pure Imagination,” the Academy Award-nominated arrangements, composed by Leslie Bricusse and Anthony Newley, are charming, witty and unforgettable. “Pure Imagination” is a psychedelic orchestral arrangement that embodies Wilder’s Wonka. As he sings and gleefully glides through his factory, you get the sense that every day is like Christmas morning inside his factory.
The film’s biggest flaw is how far away it often strays from its source material. I personally don’t mind when a director uses his own interpretation of the source and creates a better movie experience. However, great moments from the novel are changed for the worse or omitted altogether, such as the “bad nut” scene.
In the novel, the spoiled Veruca Salt wants to steal a nut-testing squirrel. After the squirrel determines that Veruca is a “bad nut,” the squirrels send her down the garbage chute. In the film, the whole situation becomes a “bad egg” scene involving magic geese.
Changing this scene completely disregards the symbolism. Every kid ends up leaving the factory through means that represent their character. A pipe sucks up Agustus while he’s drowning in a river of chocolate that he tried to consume. Violet turns into a life-sized blueberry after she chews a forbidden piece of gum, and Mike is shrunken to a miniature size after he transports himself into a TV set. Veruca’s father, who blatantly spoils his daughter, is an owner of a nut factory. By omitting the “bad nut” scene, you completely disregard consistency. . Whether the scene needed to be changed because of budget or practically, it’s a shame that we get a poorly thought-out replacement.
Aside from these missteps, “Willy Wonka & the Chocolate Factory” is a movie classic for a reason. The genuine warmth and liveliness of each character, especially Wonka, makes their journey unique and compelling, and the musical gems throughout the film are as marvelous and ethereal as the famous chocolate factory.
[READ NEXT: Wilder’s legacy persists through film, humanitarian efforts]
Delete Image
Align Left
Align Center
Align Right
Align Left
Align Center
Delete Heading