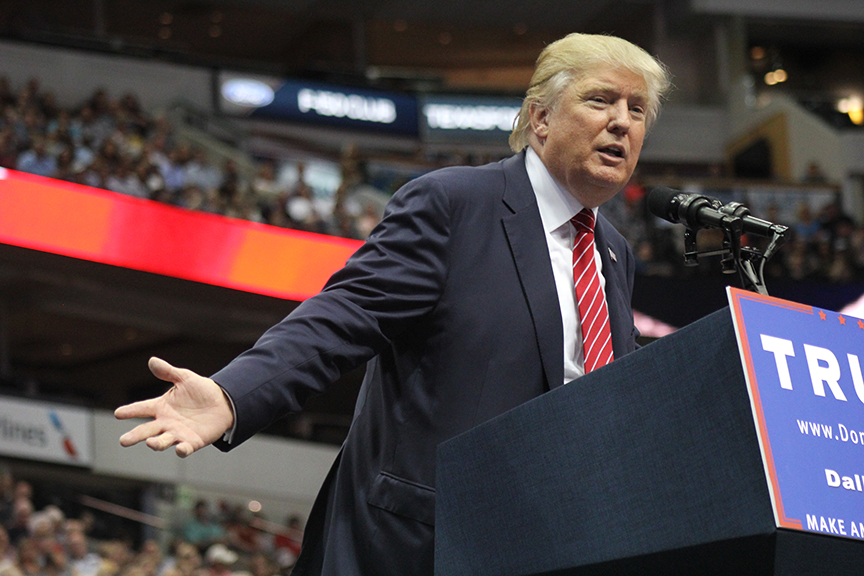 The past few months saw populated party conventions, tight poll numbers and re-emerging controversies on both sides of the two major political parties. As we head toward general election debates and Election Day on Nov. 8, here’s a look at what grabbed the political headlines this summer.

Both the Democratic and Republican conventions were overshadowed by party disunity. Moderate Republicans and those fighting tough congressional races have denounced Trump, and many prominent Republicans, including Mitt Romney and John McCain, did not attend the party’s convention.

The bad blood was amplified when emails from the Democratic National Committee were leaked. The emails exposed bias against Sanders’ campaign by committee members and its chairwoman, Debbie Wasserman Schultz.

The emails and protests eclipsed the first day of the Democratic National Convention, and on the fourth day, Clinton tried to clean up the mess by addressing alienated Sanders supporters.

“To all of [the Sanders] supporters here and around the country, I want you to know I’ve heard you,” Clinton said. “Your cause is our cause. Our country needs your ideas, energy and passion.”

“To think that she would do something like that knowing how scrutinized her speech was going to be last night is just really absurd,” former campaign chairman Paul Manafort said to CNN. “There’s no cribbing of Michelle Obama’s speech. These were common words and values.”

Trump had to handle a much larger controversy when the parents of fallen U.S. soldier Capt. Humayun Khan criticized Trump during the Democratic convention. His father, Khizr Muazzam Khan, declared Trump unfit to serve as president and asked the Republican nominee, “Have you even read the United States Constitution?”

After Trump suggested that Khizr’s wife, Ghazala, was forced into silence during the speech because she is a Muslim woman, Trump attempted to counter Khizr’s claims that he has never sacrificed for his country.

With the slew of controversies hitting both candidates, polls were tight going into party conventions. However, Clinton has recently enjoyed a bounce in the polls following high DNC ratings and Trump’s scuffle with the Khan family.

“The biggest mistake Trump has made so far is attacking the family of a fallen veteran,” government professor Cindy Castaneda said. “There’s one particular group of Americans you don’t mess with, ever, on either side.”

However large any candidate’s lead is, voters most remember that this election cycle is one characterized by its aberrant nature, Castaneda warned. The FBI has collected nearly 15,000 new emails in its investigation of Clinton during her time as the secretary of state.

This could possibly overshadow the rest of her campaign, and shows that anything can happen with less than three months to go.