The Et Cetera • May 4, 2016 • https://eastfieldnews.com/5677/opinions/police-brutality-can-happen-anytime-and-anywhere/ 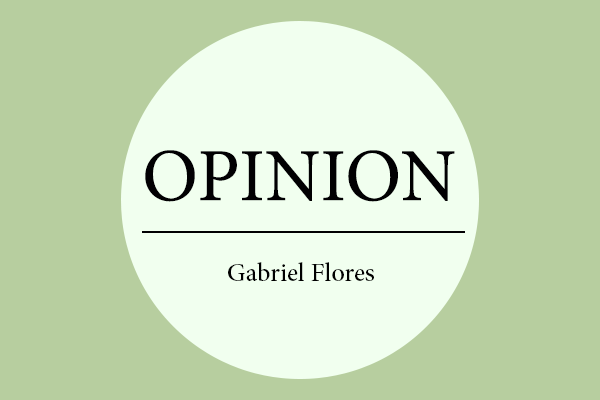 By Gabriel Flores
When I sit back and think about watching my little sister walk across the stage nine months ago, I don’t remember the look of joy and nervousness on her face or the roar of the crowd as the announcer rattled off name after name of college graduates.
All that comes to mind is how the day was ruined when an officer of the law assaulted me.
It would be naive to make the assumption that all police officers are bad or corrupt. Of course there are good cops. My mom’s neighbor is a member of the Seagoville Police Department. He exemplifies what it means to be a police officer.
But this story isn’t about good cops or bad cops. This is about the fact that the news reports you see on TV about police brutality happen more often than you think.
They don’t just happen to thugs or people committing crimes. Not everyone “had it coming” or “asked for it” before being assaulted.
Look around you.
Victims of police brutality aren’t just strangers. Sometimes they’re your classmates, neighbors and friends.p
All those dash-cam videos shown on the news couldn’t have prepared me for being planted face down on the steaming asphalt, a knee wedged into my neck and one arm pinned underneath my body.
On July 25, 2015, I was driving to my home in Balch Springs after watching my sister graduate from Le Cordon Bleu culinary institute in Plano. My girlfriend, my 17-year-old brother and his girlfriend were in the car.
When we reached Sheppard Lane in Balch Springs, the driver behind us was tailgating so severely that he nearly hit my car.
I took offense and took my time accelerating. A couple of honks later, his black Impala was to my left and attempting to cut me off. The car swerved in front of me and the driver hit his brakes. My car screeched to a halt, hitting the Impala on the rear passenger side. I jumped out of the car and began exchanging words with the driver while also trying to keep my brother away from him.
Eventually, I called the police.
By the time a squad car approached, I was leaning against my vehicle and the other driver was on the other side of the street. The officer asked me to gather my insurance and registration from the glove box.
As I was returning with the items, I heard the other driver call my girlfriend a bitch, and I responded by shouting an obscenity back at him. “F*** you!”
The officer pinned me up against my passenger door with my left arm behind my back and declared that I was under arrest for “trying to start a fight.”
I responded by saying “OK, I’m under arrest. Just let me give my girl my ID,” which was in my right hand. When I extended my arm, he said “stop resisting” and swept my legs from underneath me, planting me face-first onto the asphalt.
I lost consciousness for a few seconds and awoke to a burning sensation on the right side of my face and stomach, which was exposed and pressed against the ground.
“Please officer, I’m not resisting. The ground is hot,” I said.
“It burns! Please!”
Those five minutes unfolded in slow motion. Questions began to run through my mind.
“Is my brother about to watch me get killed?”
“Am I the next Michael Brown?”“Will people protest for me?”
After medics arrived I was allowed to get back into my car and drive away with no charges or citations. But that wasn’t the end of the ordeal.
Three days later, I visited Parkland Hospital for chest discomfort. An exam revealed that
I had a bruised sternum to go along with the baseball-sized knot above my left eye and some scrapes along the left side of my face and stomach.
What’s scary is that it could have been much worse.
This experience changed me. I am bitter and filled with regret about how I handled the incident.
Although I filed a formal complaint with the Balch Springs Police Department, I never followed up.
So I never found my peace.
I never felt like justice was granted.
I believe the officer should have been charged with assault and removed from his position. If he is capable of doing what he did to me, who’s to say that he won’t do this again? Maybe he already has.
But I never felt like I had a chance with my complaint.
And it was easier for me to bury it than to face the fact that I was a victim.
As a Latino male I have always been apprehensive about dealing with law enforcement. There is an inherent distrust that, despite my best efforts, manifests itself when I see an officer in my rearview mirror. I can remember being warned as a kid about the power the police wield and what can happen if you cross the wrong officer.
Nine months ago, I found out.
So the next time you see a story on the news or a video on social media about police brutality, remember my story and think twice before you just write it off.