Cruz and his "crew" rock Gilley’s 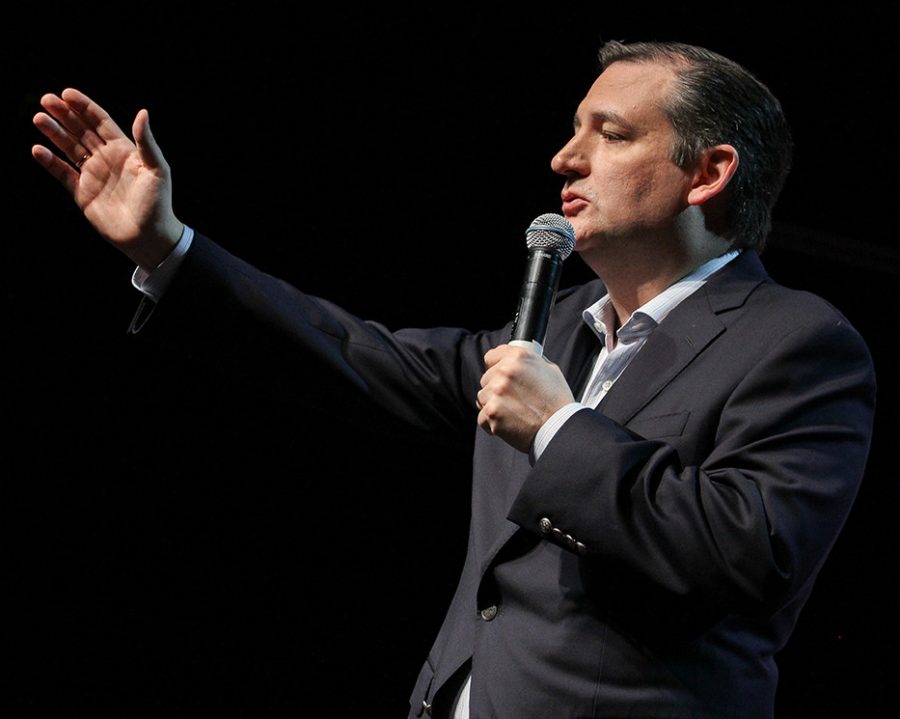 By Gabriel Flores
DALLAS — Jobs. Freedom. Security. Those were the focal points of a three-pronged speech by Sen. Ted Cruz at a Monday morning rally that also included appearances by Gov. Greg Abbott and former Gov. Rick Perry.
The trio lit a fire under the already fueled crowd. Cruz’s “crew” ranged from retired oil workers to college students, all of whom packed Gilley’s for a final push before the “Super Tuesday” presidential primaries.
Cruz, Abbott and Perry each took turns firing shots at Republican front-runner Donald Trump, who has notched three primary victories in New Hampshire, Nevada and, most recently, South Carolina.


Perry stressed that prior to this presidential race, Trump had no political experience.
“Donald Trump has no idea what he does not know,” Perry said.
Cruz supporters echoed the same sentiments.
“He has no proven record,” said Gabriel Rendon, a 38-year-old, physician. “I can’t trust Trump. He’s a wolf in sheep’s clothing.”
The Trump-bashing didn’t stop there.
“He reminds me of someone in a circus,” Marybeth Engle, 57, said. “He’s just someone to watch and entertain, whereas Cruz is going to get the job done.”
Cruz stressed economic growth by “taking the boot off of the neck of small businesses,” a boot that Cruz believes was put in place by the Obama administration via the Affordable Care Act. He then promised to “repeal every word of Obamacare and vowed to abolish the IRS in an effort to put money back into the hands of the American people.
Cruz’s comments on freedom of religion and protecting the Second Amendment elicited deafening cheers from the crowd. He emphasized that with the passing of Justice Antonin Scalia, the Supreme Court is up for grabs, along with the presidency.
“We are one liberal justice from away from a radical five justice majority,” he said. “We are one liberal justice away from the Supreme Court taking away everyone’s religious liberty. We are one liberal justice away from the Supreme Court effectively erasing the Second Amendment.”
At that point, a member of the crowd screamed “Come and take it!”
“We’ve got a bunch of people that want to take [the right to bear arms] away from the American people,” said Joel Stephen, a 62-year-old retired oil field worker. “They feel like if they take my gun, it’ll make us safer when you’ve got people running around out here that don’t care who they kill. It’s not going to make it any safer to take honest people’s guns.”
Border security and national security were also on the agenda. Cruz stressed the importance of securing American borders by telling the story of Kate Steinle, a San Francisco woman who was randomly gunned down by undocumented immigrant Francisco Lopez-Sanchez. Cruz blamed the sanctuary city policies in San Francisco that shelter illegal immigrants.
Cruz also promised to strengthen the military and firmly stand with Israel in its ongoing conflict with Palestine. Cruz and his supporters believe that by strengthening the military, the United States would have a stronger world presence than it did during the Obama administration.
“I think Obama has done a lot to tear down America’s image,” said 19-year-old Dallas Baptist University freshman Megan Chambers. “He’s made us look weaker than we are. I think we used to be respected, and Cruz can bring that back.”
Delete Image
Align Left
Align Center
Align Right
Align Left
Align Center
Delete Heading